The majority of the stadium is relatively new, the oldest stand being the John Ireland Stand (subsequently renamed the Steve Bull Stand) opened in 1979. The remaining 3 stands were built in the 1990s, the last of which being the Jack Harris Stand, which replaced the South Bank Terrace in 1993.

The stands running along the sides of the ground are two-tiered, though their unusual oval shape results in those sitting on the halfway line being furthest from the action. The ends of the ground are occupied by large, single tier stands. The Stan Cullis Stand at the North end is topped by the original clock from the Molineux Street Stand, which dates from the 1930s.

There are two James Butler-designed statues outside the ground; an impressive statue of Billy Wright stands outside the main entrance, while a likeness of former player / manager Stan Cullis is located to the rear of the stand bearing his name. Away fans are normally housed in the lower tier of the Steve Bull Stand which runs along the East side of the pitch.

How to get to Molineux

Visitors arriving from the North should follow the M6 as far as junction 12, exiting onto the A5 towards Telford, joining the A449 for Wolverhampton. Turn right at the intersection with the ring road. The stadium is well signed from the 2nd set of lights onwards.

Away fans driving from the South should exit the M6 at junction 10, following the A454 into Wolverhampton. Turn right on reaching the traffic island that intersects with the ring road and follow signage to the ground.

Wolverhampton train station is within ½ a mile and a 10-minute walk of the ground. On exiting the station, go straight on as far as the inner ring road. 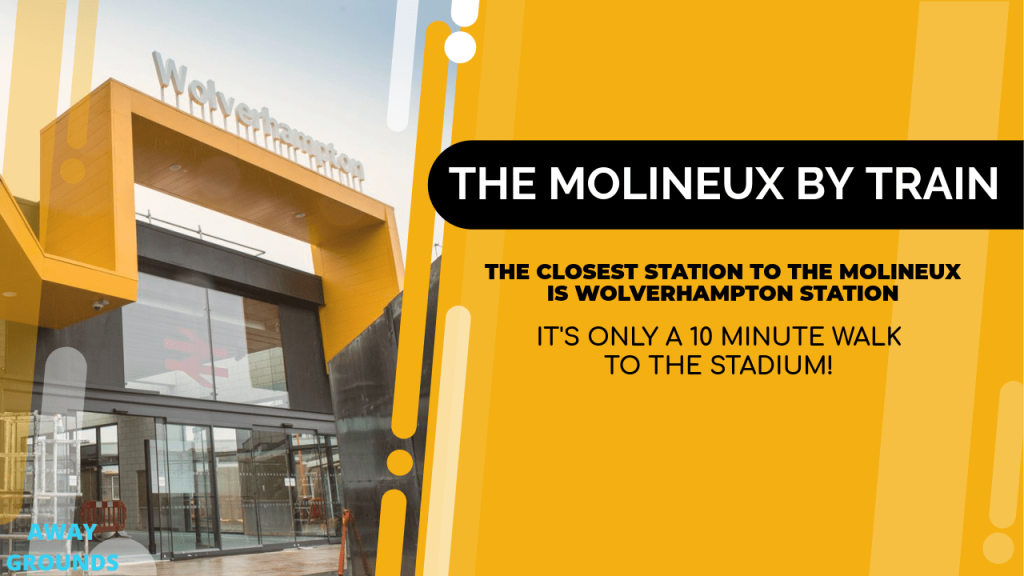 Birmingham is the nearest airport, at a distance of around 20 miles. There are regular rail connections to Birmingham New Street station, which in turn connects with Wolverhampton. Click here to check the current flight times

There are several taxi companies in Wolverhampton that can take you to and from Molineux. You can always prebook a private hire taxi, or hail a black cab on any highway.

Calling all Wolverhampton Taxi Companies – Why not advertise your company here?.

“Football parking” is well signed from the A454 (see above). 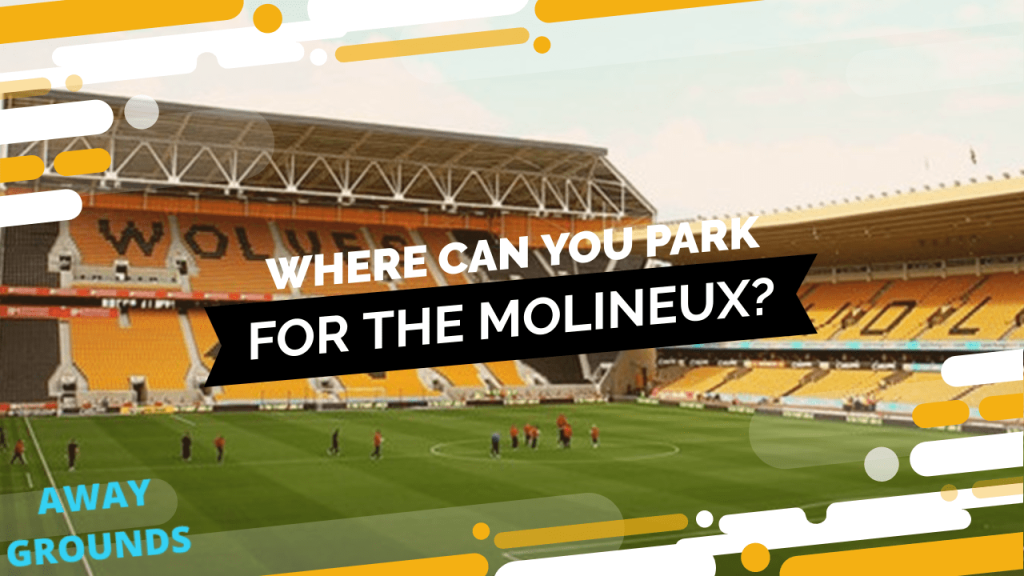 Otherwise, there are numerous “Pay and Display” car parks in the city centre, within easy walking distance of the ground.

Getting Tickets for Molineux 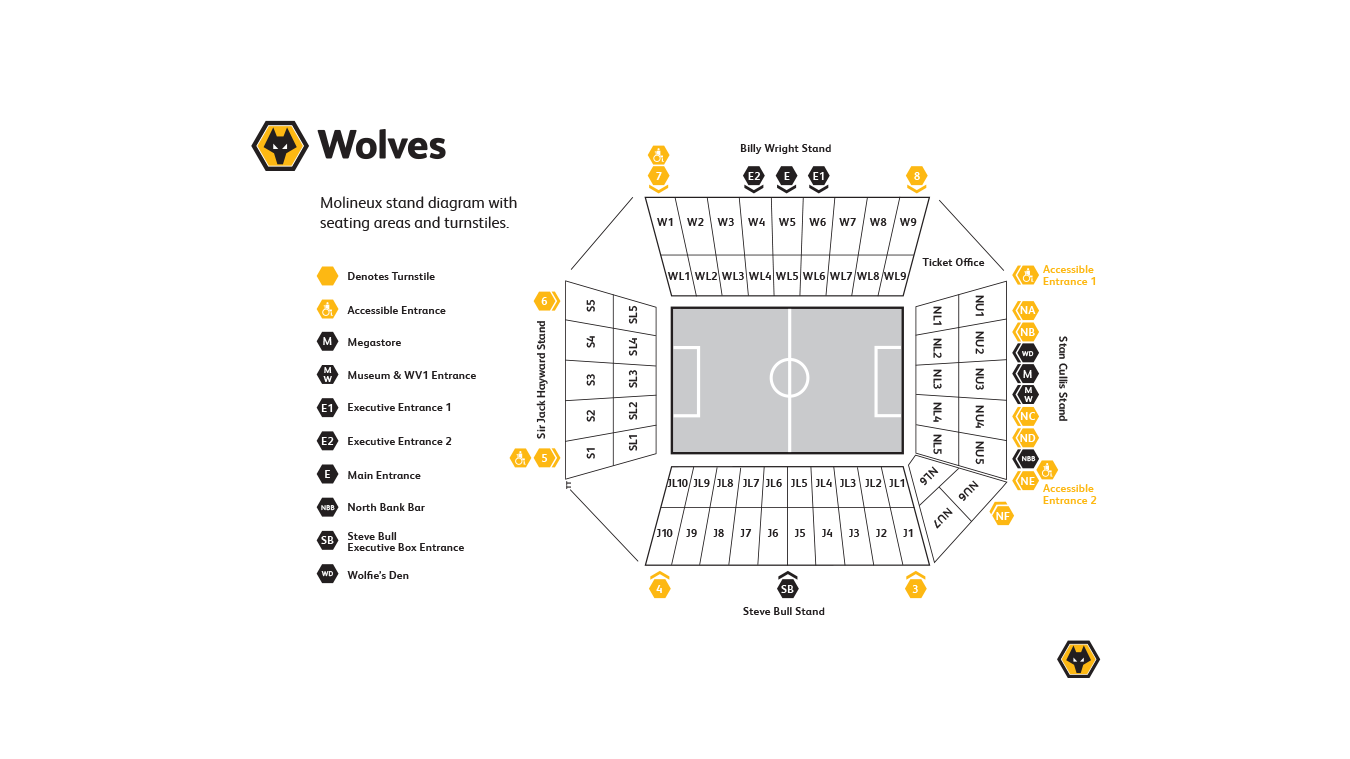 Away Friendly Pubs near Molineux

Molineux suffers insofar as there is no designated pub for away supporters near the ground. The numerous pubs around the ground tend to be designated “home fans only.” There are plenty of pubs in Wolverhampton town centre, but many of these do not welcome away fans. 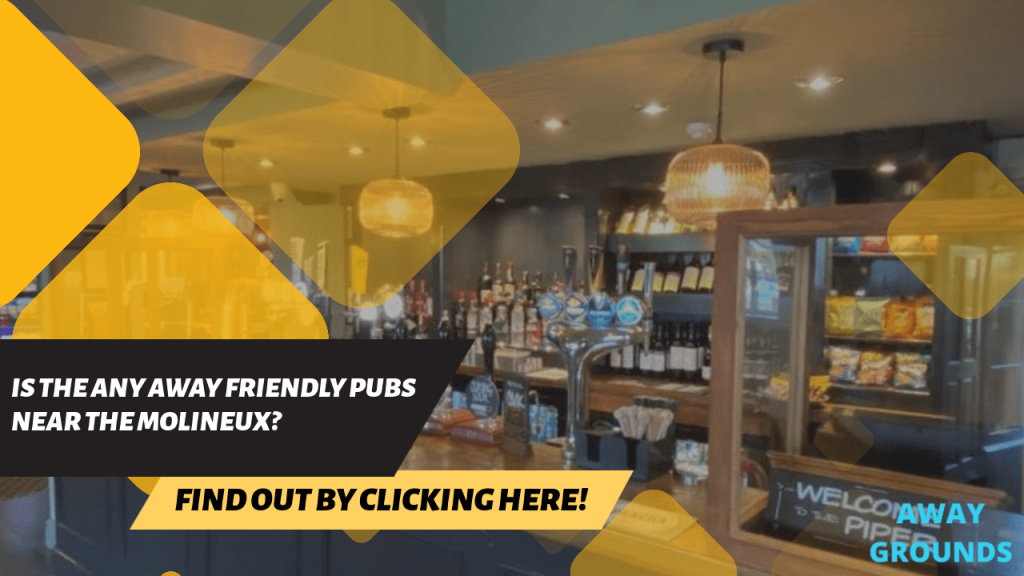 Reports suggest that visiting fans should keep colours covered and exercise great discretion in their choice of watering-hole for a pre-match drink.

The Britannia Hotel, Lichfield Street, Wolverhampton WV1 1DB is a competitively-priced hotel with a central location, near the railway station and adjoining the famous Grand Theatre. Guests have praised its friendly welcoming atmosphere.

A little further afield, but still with 2 miles of Molineux, the Ramada Park Hall Hotel and Spa, Park Drive, Goldthorn Park, Wolverhampton WV4 5AJ is set in a Grade II listed Georgian country house with 7 acres of gardens. Guests have been impressed by the marble floors and crystal chandeliers retained from the hotel’s distinguished past, combined with modern facilities including a gym and swimming pool. Free on-site parking is available.

What have other Away Fans said about their trip to Molineux?

The majority of visiting fans have been impressed by the looks of Molineux from the outside, many expressing the feeling that little expense had been spared in its refurbishment. However, most visitors have been less impressed by the interior of the stadium. 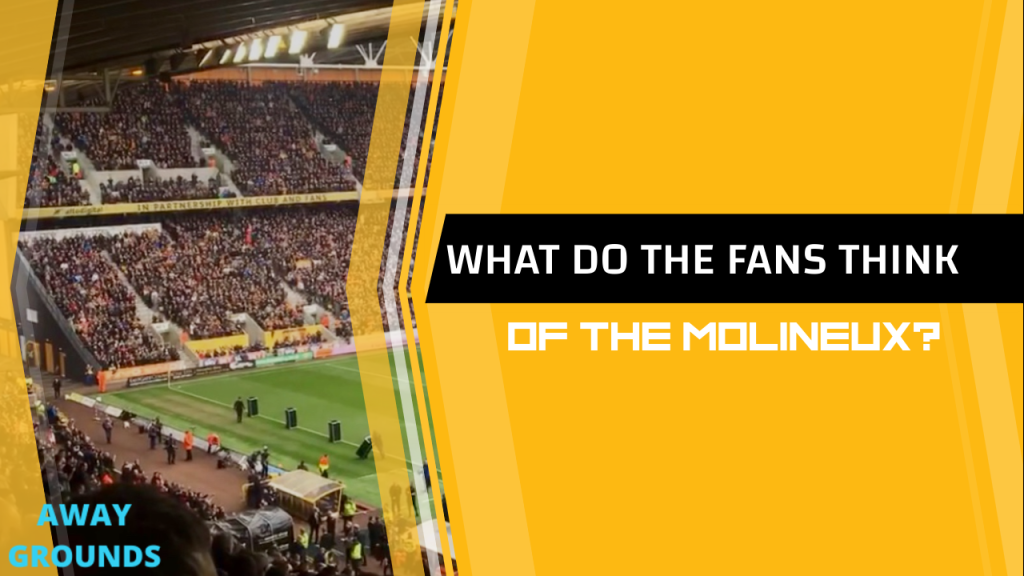 Many have expressed disappointment at being so far from the pitch, reporting that the view of play was poor. On the upside, the atmosphere within the ground has been reported as good, with vocal, but non-intimidating home fans and relaxed stewarding. Catering facilities are reported excellent, with a good range of pies, hot dogs and burgers, including the delicious “Football’s Famous Chicken Balti Pie,” on offer. However, toilet facilities have been reported as inadequate and cramped.

We watched the Wolves game and absolutely loved my first trip to the Molineux. Great atmosphere, everybody friendly and helpful. My partner is a Wolves supporter and has been many times. We will be back to watch Wolves again soon. The shop is huge!

My Family & I decided to do the Tour & Museum Visit has a Birthday treat for my Husband. Our Tour guide Steffan made it really interesting, he was very knowledgable & funny & did his real best to answer lots of questions. We were amazed at how long the Tour actually lasted it was well worth the £12 ticket price & we would recommend to any Wolverhampton Wanderers Football Club Fans

Wolves originally played at Molineux Stadium in 1889, after spending the first decade of their existence at numerous venues.

Wolves were able to purchase the land on which the stadium stood in 1923, and began construction of a new main stand, the Waterloo Road Stand, designed by Archibald Leitch.

Molineux had its biggest attendance in 1939 when 61,315 people watched Wolves face Liverpool in an FA Cup game.

Molineux remained virtually untouched for the next few decades, gradually falling into decay. The Molineux Street Stand was demolished in 1975 after failing to fulfil safety standards, and a new luxury grandstand was built in its place.

Wolves’ finances were significantly affected by the new stand, and the club was on the verge of bankruptcy. Only two stands were in use by the 1980s, and the team lacked the financial means to upgrade the stadium.

The reconstruction of Molineux was only possible after Sir Jack Hayward purchased the club in 1990. The three surviving original stands were destroyed and replaced between 1991 and December 1993.

Wolves announced a £40 million refurbishment plan for Molineux in May 2010. Three stands would be gradually rebuilt and joined to create a 38,000-seat capacity, according to the plans.

The Stan Cullis Stand began construction in 2011 and was finished in 2012. The club indicated that they wanted to use the limited money available for the development of the Wolves junior programme, hence the next two stages were postponed. 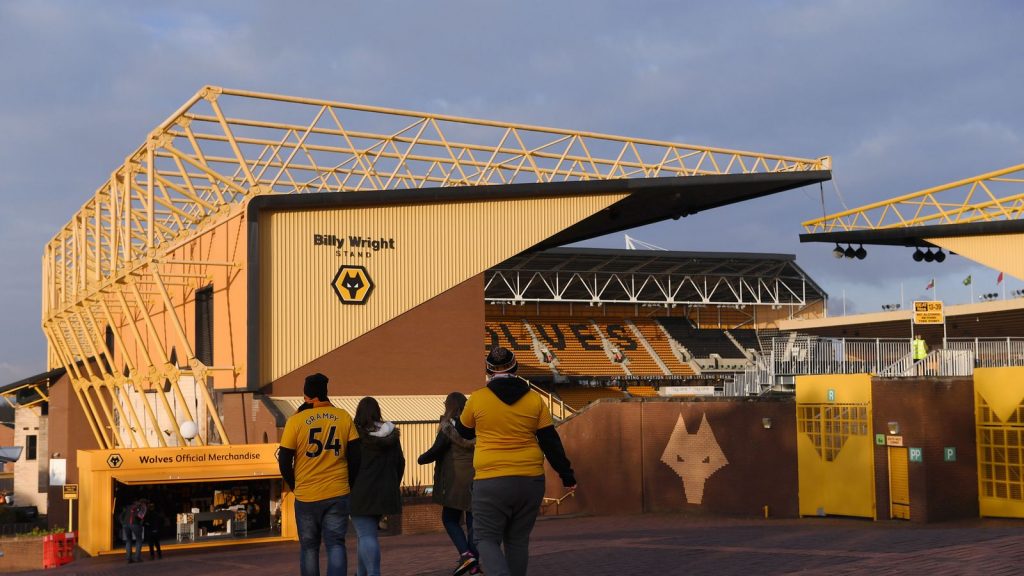 Molineux Stadium has rooms for up to 550 people and offers stunning views of the pitch and city, making it the ideal setting for your event.

The events can range from conferences, weddings, funerals, parties and many more.

Visit the official site here to find the perfect room for you.

Why is Wolves stadium called Molineux?

The name Molineux comes from Benjamin Molineux, a successful local merchant who bought the property on which Molineux House was constructed in 1744.

What is the capacity of Molineux Stadium?

The capacity of the Molineux Stadium is 31,700.

What is Molineux away end capacity?

Up to 2,750 supporters can be held in the away end at Molineux Stadium.

Which is the away end at Molineux Stadium?

At Molineux Stadium, away fans are situated on the Steve Bull Stand’s lowest tier.

Molineux was the Football League’s first ‘new build’ stadium, as well as one of the first to add floodlights, allowing games to be played after the sun had set.

Molineux also hosted one of the earliest European club football matches in the 1950s. When it was refurbished in the early 1990s, the stadium was regarded as one of England’s most modern and cutting-edge venues.

With that in mind, you should visit this stadium as it would be the perfect day out for friends and family.