Bramall Lane has been an all-seater stadium since 1994, with a current capacity of 32,702.

Two large, single-tier stands occupy the North and South sides of the ground. The “Evolution Corner,” a family area, occupies the North-East corner of the ground. At the Eastern end is the Kop Stand, with the two-tier Bramall Lane Stand directly opposite.

The Bramall Lane stand was extended in 2006, with the roof being replaced, both to provide better cover for fans and eliminate supporting pillars that had obscured peoples vision for many a year!

Away fans are housed in the lower tier of the Bramall Lane Stand.

How to get to Bramall Lane

Getting To Bramall Lane By Road

The stadium is located in Bramall Lane, Sheffield S2 4SU.

Drivers travelling from the North should exit the M1 at junction 36, following the A61 towards Sheffield, passing the Hillsborough ground on the right. Follow the A61 as far as its junction with the A621. Turn right at the roundabout onto Bramall Lane, where the stadium is on the left.

Getting To Bramall Lane By Rail

The stadium is within easy walking distance (10-15 minutes) of Sheffield mainline train station. 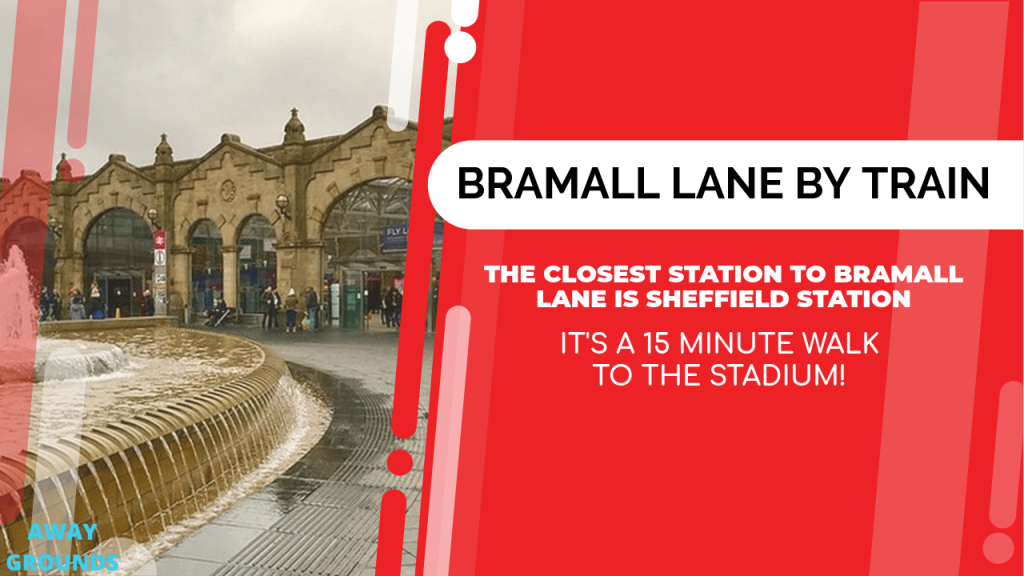 On exiting the station, turn left along the main road, taking the right fork into Shoreham Street which leads to the ground. Click here to check the current train timetables

Getting To Bramall Lane By Air

Manchester International is the nearest convenient airport, some 30 miles away. It has excellent public transport links to Sheffield. Click here to check the current flight times

Getting To Bramall Lane By Taxis

There are several taxi companies in Sheffield that can take you to and from Bramall Lane. You can always prebook a private hire taxi, or hail a black cab on any highway.

Calling all Sheffield Taxi Companies – Why not advertise your company here?.

Where to Park at Bramall Lane?

Limited on-street parking is available near the ground. However, numerous visiting fans have recommended parking at the Meadowhall Shopping Centre, near junction 34 of the M1. 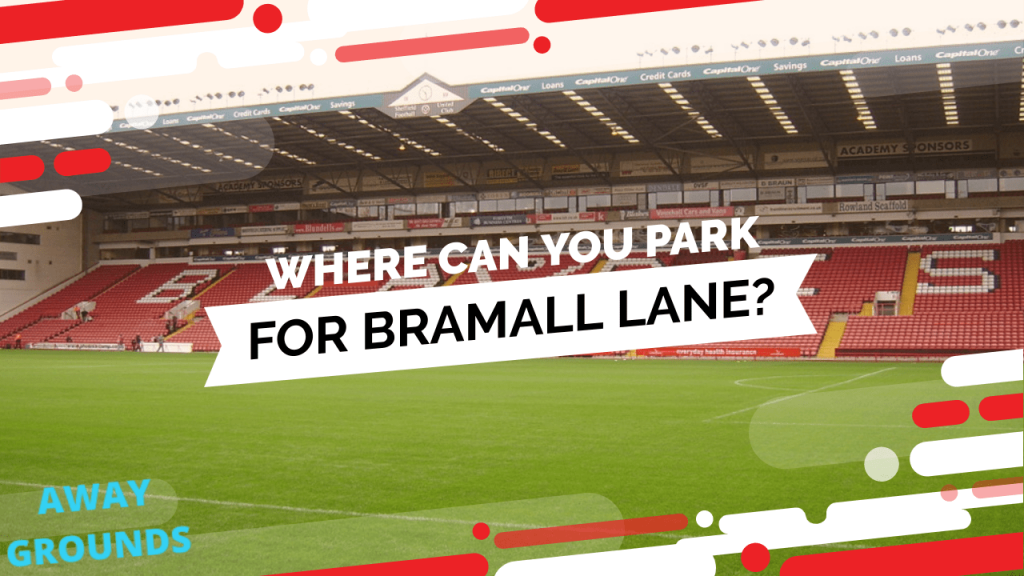 A regular tram service operates to Sheffield city centre, with a journey time of 20-30 minutes.

Getting Tickets For Sheffield United

Tickets for Sheffield United matches can be bought online, by phone, or at the Ticket Office at the stadium.

Tickets can also be bought at the turnstiles of the stadium on the day of the match. Sheffield United only sell out the occasional high-profile match such as the local derby. 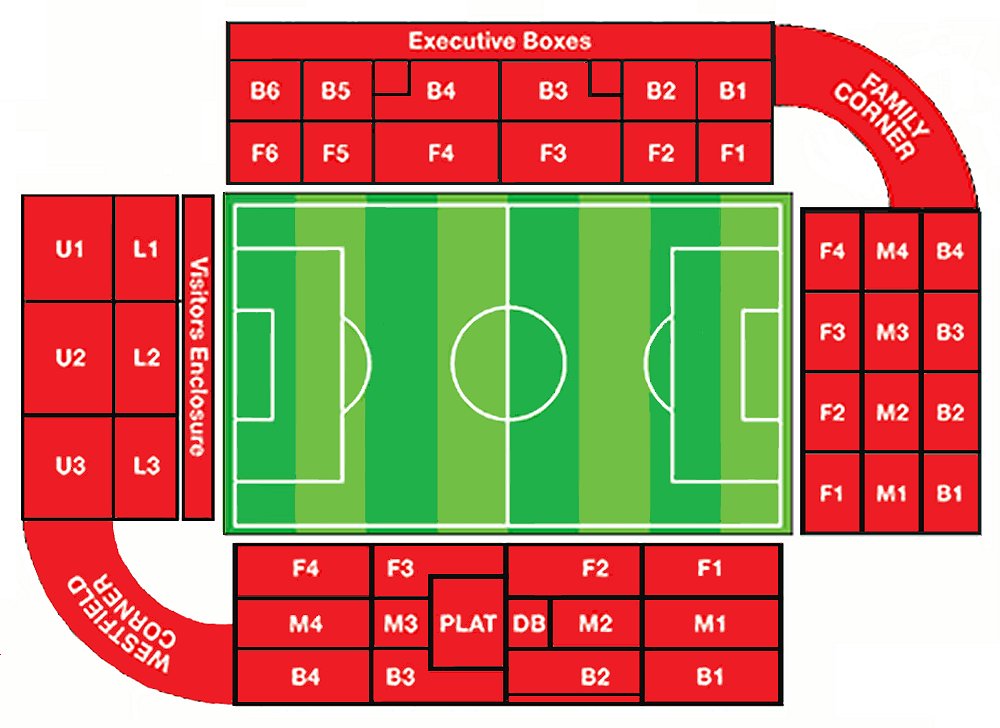 Many hotels in central Sheffield have a 4-star rating, such as the Sheffield Hilton, North Quay, Sheffield S4 7YA. This modern hotel is sited on the historic Victoria Quays, close to the city centre. In-room amenities include radios, tea and coffee making facilities, televisions and Internet connections. Guests have complimentary access to the health club, where facilities include a 20-metre indoor pool, sauna, spa tub and steam room.

Away Friendly Pubs near Bramall Lane

The pubs near Bramall Lane are extremely partisan and best left to home fans. Several visitors have recommended pubs in the city centre. The Howard, near Sheffield railway station welcomes visiting fans. In the same area, The Globe, about a 5-minute walk from the station and 15 minutes from the ground, is a friendly pub serving good beer. It welcomes both home and away supporters. 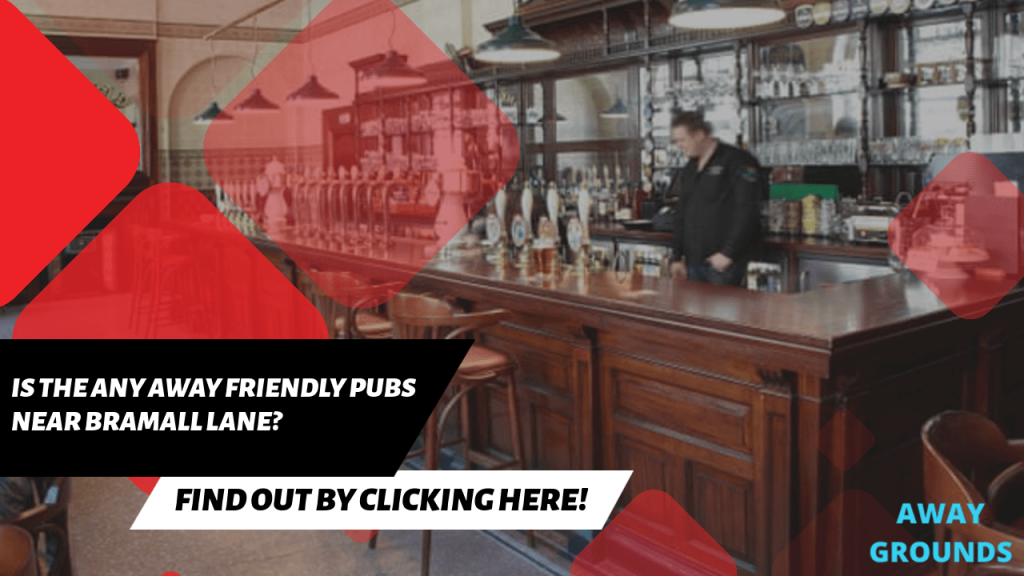 The “traditional” favourite for away fans is The Royal Standard, on St. Mary’s Road. This real ale pub also serves excellent food and offers large-screen Sky TV. Otherwise, alcohol is available inside the ground.

What have other Away Fans said about their trip to Bramall Lane?

Many visiting fans have described Bramall Lane as a much underrated ground. Though its exterior is unimpressive, visitors have been impressed with the interior of the stadium, despite the fact that it is one of the older grounds. 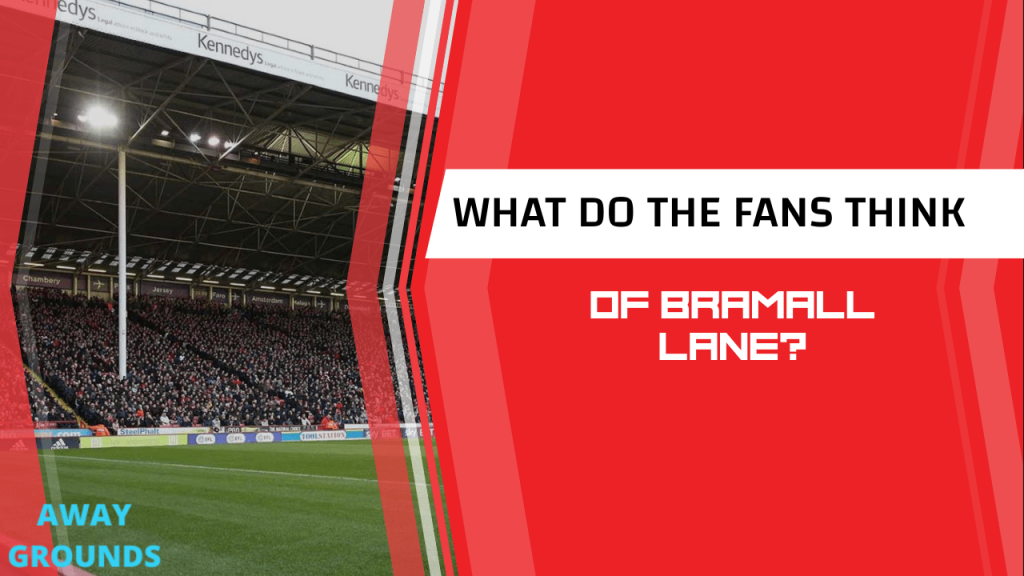 Most visitors have noted that the home fans are particularly zealous and give their team a great deal of vocal support. While this leads to a good atmosphere within the ground, several visiting fans have reported being intimidated. Catering facilities have generally been described as adequate, with a good range of quality products offered at reasonable prices.

One of the best grounds I have been in. Surrounded by great pubs and restaurants for pre-match refreshment. Crowd create a great atmosphete. Loved the version of Annie’s song that is club’s anthem. I enjoyed the match too!

The oldest professional football stadium, in the city where the modern rules were born. Great history, and currently serving up some great matches too. If you’re a football fan get down to see the Blades, and if you’re able, book a pre-match tour of the museum and ground too.

It first opened on April 30, 1855, as a cricket ground, and it was solely used for cricket for the first seven years. Sheffield FC and Hallam FC played the first football match at the stadium on December 29, 1862.

The stadium was routinely used for football matches between local Sheffield clubs in the years after that. Sheffield United moved into the stadium in 1889 and became its home ground.

In 1878, Bramall Lane held the first-ever floodlit football match. In the late 1890s, the stadium underwent a series of expansions, including the construction of two new stands.

Smaller upgrades were made in the decades after, such as roofs being built, and a record attendance of 68,287 spectators was reached in 1936 when Sheffield United and Leeds played in the FA Cup.

A new two-tiered Bramall Lane Stand opened in 1966, although the stadium had an irregular shape due to the fact that it was still being used for cricket matches. The pitch was about double the width of a conventional football pitch. In effect, this meant that one side of the stadium was a blank canvas with the cricket pavilion in the back.

When a new South Stand was built on the cricket pitch in 1975, this all changed. Bramall Lane became a proper football stadium after that. 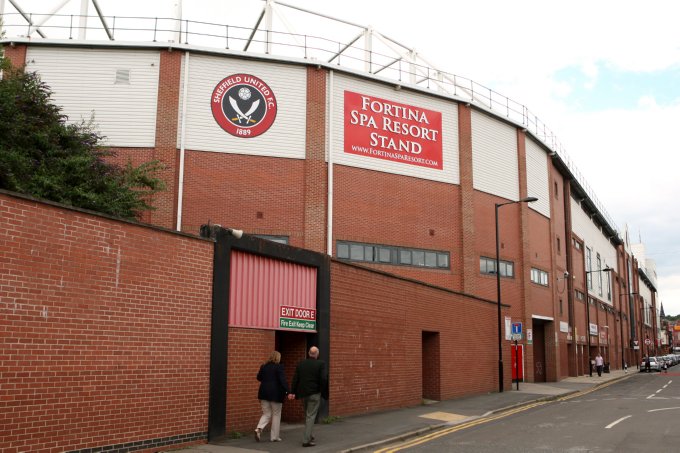 Sheffield United’s stadium is one of England’s oldest and most known, but it’s no longer just a great place to watch football. From entertaining customers to celebrating with friends and family, there is no better setting for any event.

You can choose from a variety of large conference and event suites with capacities ranging from 2 to 400 people. They can provide cutting-edge presentation technology, and each room may be set up in a variety of fashions to fit your demands. They have the flexibility to meet all of your needs, no matter what the occasion.

What is the capacity of Bramall Lane?

Sheffield United FC is the owner of Bramall Lane.

What is Bramall Lane away end capacity?

The away end at Bramall Lane has a capacity of around 3000.

Which is the away end at Bramall Lane?

Away supporters are housed in the bottom tier of the Redbrik Estate Agency Stand at Bramall Lane (also known as the Bramall Lane End).

Sheffield United plays their home games at Bramall Lane in the EFL Championship. During the 19th century, it was Sheffield’s largest stadium, hosting many of the city’s most important events, including the final of the world’s first football tournament.

This stadium has plenty of interesting history, book the Bramall Lane Stadium tour for a day out to learn more about this outstanding ground.