Following four seasons of “exile” at Sheffield’s Don Valley Stadium, the Millers have returned to Rotherham. Their brand new, eye-catching stadium is situated alongside the River Don, in an area colloquially known as “New York,” from whence the stadium takes its name. The new ground, an all-seater affair, with a capacity of 12,000, had a build cost in the region of £20 million.

It is completely enclosed by four, single-tier stands. The Eric Twigg Foods & Pukka Pies Stand occupies the west side of the ground and is the largest of the stands. Opposite is the Ben Bennett (East) Stand, which is slightly less in height than the stands behind the goals. This unadorned structure has 2 large areas towards its front, which provide facilities for disabled fans. The KCM Recycling (North) Stand and the Morrisons (South) Stand are very similar, except that the latter has a small electronic scoreboard towards its rear. The stepped roof of the stadium is an unusual feature, with a great deal of transparent Perspex used in an effort to improve the amount of light reaching the pitch and to improve the general aesthetic quality.

The Morrisons Stand can house up to 2,500 away supporters at the southern end of the ground. The seating in this stand is arranged at a steep angle, so that fans are located near the pitch. Given the freshness of the new ground, it seems reasonable to expect decent facilities and an excellent view of the play.

How to Get to the New York Stadium

For satnav purposes, the postcode of the ground is S60 1QY.

Away fans driving from the South should exit the M1 at junction 33, following the A630 for Rotherham. Having crossed 3 roundabouts, after about 2 miles, the floodlights of the old Millmoor ground become visible on the left. At the next roundabout, turn right into Main Street, where the stadium entrance is on the right.

Drivers arriving from the North need to leave the M1 at junction 34, taking the A6178 towards Rotherham. Take the first exit at the 3rd roundabout, following signage for Doncaster, picking up the A630. The ground soon becomes visible on the right.

The nearest railway station is Rotherham Central, just a few minutes’ walk from the ground, which is situated behind the station. Exit the station by the main entrance and turn right onto Bridge Street. Follow the footpath along the side of the river, heading for the entrance to the Tesco car park. 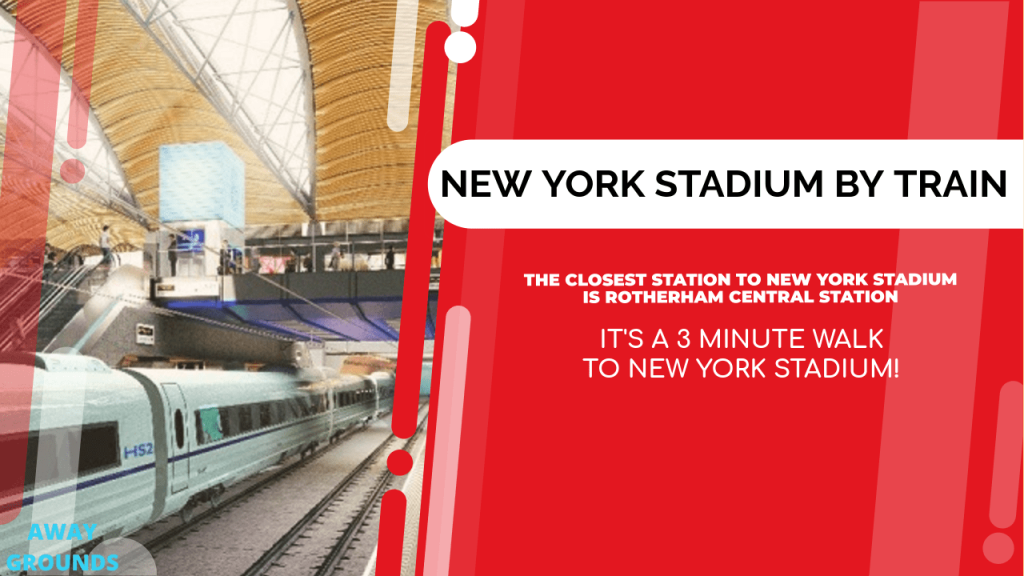 Turn left onto the bridge over the river, taking the first right into Market Street. At its end, turn right into Main Street, where the entrance to the ground is on the left.

For air travellers, the nearest airport is Sheffield City, about 4 miles away, while Robin Hood Airport Doncaster Sheffield is just over 30 miles away.

There are several taxi companies in Rotherham that can take you to and from the New York Stadium. You can always prebook a private hire taxi, or hail a black cab on any highway.

Calling all Rotherham Taxi Companies – Why not advertise your company here?.

The limited car parking at the New York Stadium is reserved for permit holders. 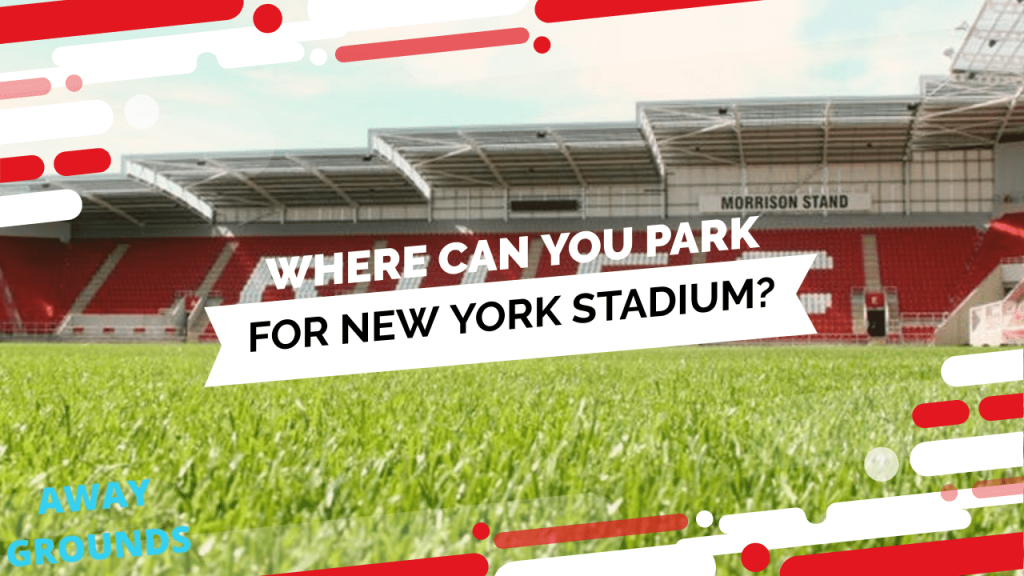 Perhaps the best parking option for visiting fans is the selection of “pay and display” car parks in the nearby town centre, although for early arrivals, there is limited on-street parking near Millmoor.

Away Friendly Pubs Near the New York Stadium

Reports suggest that there are several away-friendly pubs in Rotherham town centre. 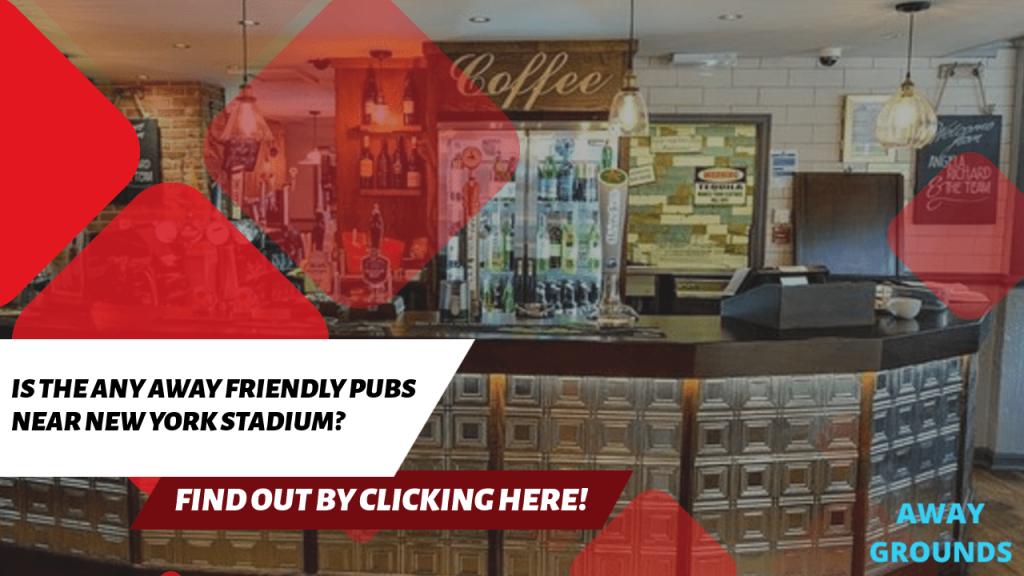 Of particular note is the Bridge Inn, across the road from the railway station. This CAMRA-listed watering hole offers Old Mill Brewery beers, along with “guest” beers and cider.

Hotels Near the New York Stadium

The 3-star Holiday Inn Rotherham Sheffield is situated in West Bawtry Road, Whiston, Rotherham S60 4NA. It is within easy walking distance of the New York Stadium and close to other amenities and attractions. It offers a health/fitness club, indoor pool, sauna and spa. Guestrooms include televisions with cable and satellite, along with “on-demand” movies. All rooms have Internet access, a safe and a direct-dial telephone. There is a limited amount of free parking available for guests. 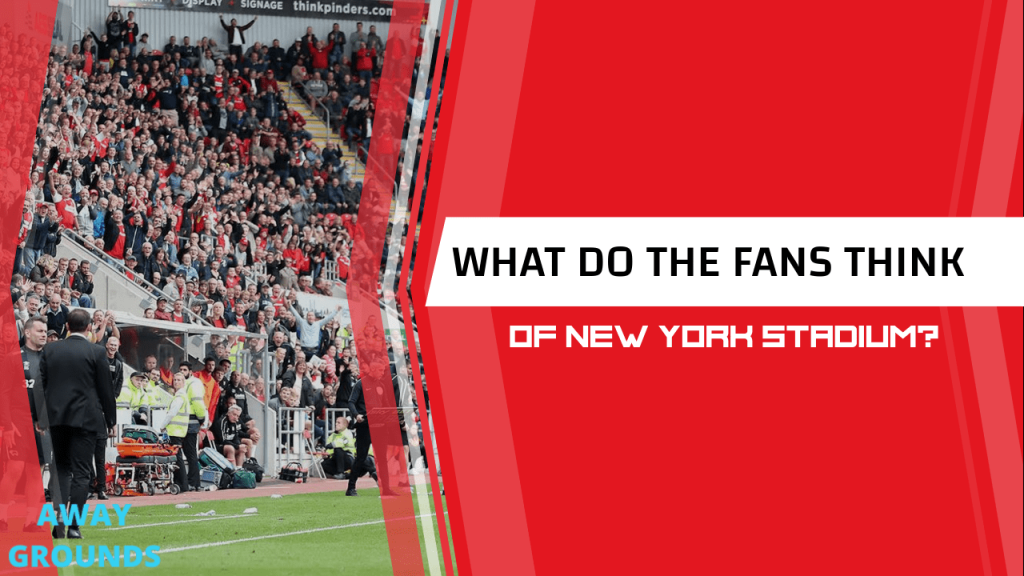 This looks to be a terrific new stadium, well suited to the invigorated position of the resident team. Well worth a visit! Just remember, as the Arctic Monkeys’ song goes “You’re not from New York City, you’re from Rotherham”…

After being forced to abandon their historic home of Millmoor and temporarily relocate to Don Valley Stadium in Sheffield, New York Stadium was built to give Rotherham United a new permanent home.

In 2010, Rotherham received planning clearance, and work began in the summer of 2011. The stadium cost £20 million to build.

The stadium was named after the Guest and Chimes steel factory, which originally stood on the site and supplied the city of New York with fire hydrants.

There are 600 VIP seats available at New York Stadium. Another 4,000 seats can simply be added to the stadium.

Tickets for Rotherham United games can be purchased online, over the phone at +44 (0) 8444 140737, at the New York Stadium Ticket Office, or at the Rotherham Visitor Centre, located at 40 Bridgegate in the town centre.

On the day of the match, tickets are also available at the gate.

The AESSEAL New York Stadium is the ideal venue for a variety of corporate and private events, with state-of-the-art facilities, great catering from Elior UK, and first-class service.

The facility has a number of beautiful suites and executive boxes with spectacular pitch views that can accommodate events of up to 400 people.

Had thousands of amazing emotional rollercoaster moments here and I wouldn’t change this place for the world would suggest this place to everyone would is interested in watching a team with heart and family spirit.

There’s an amazimg atmosphere in this stadium, you get a great view and the bar isn’t to far away either. Can’t complain. 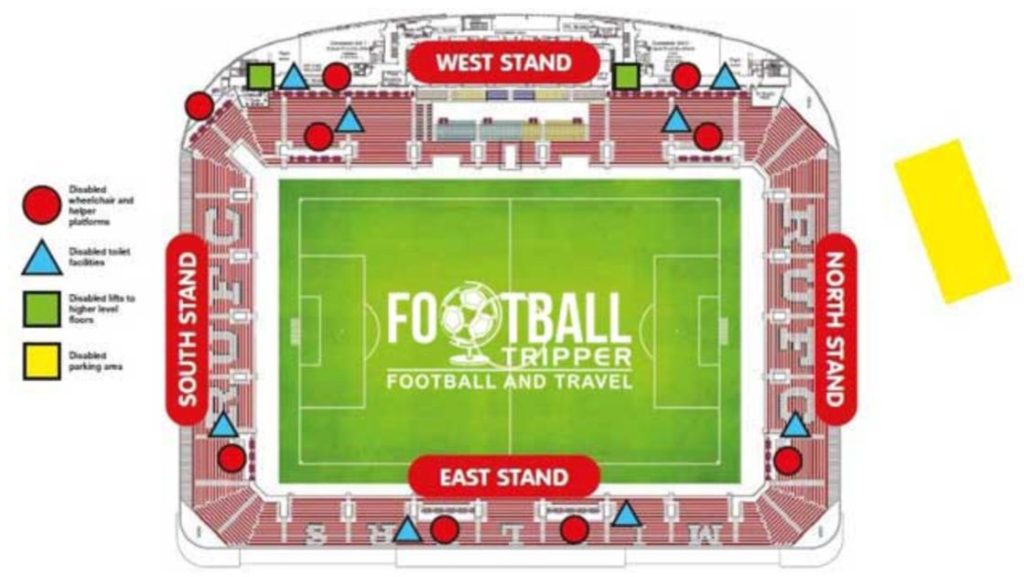 What is the capacity at New York Stadium?

When did New York Stadium open?

Which is the away end at New York Stadium?

When away fans visit New York Stadium, they will be seated in the Mears Stand.

What is New York Stadium away end capacity?

Around 2,500 away fans can fit in the away end at New York Stadium.