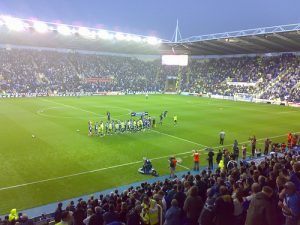 The Madejski stadium is an all-seater venue, with a capacity of 24,200. It is the home ground of Reading FC.

The West Stand is a two-tiered affair, while the remaining stands have just a single tier. The stadium was recently voted as having the best facilities for disabled supporters.

Away fans are located in the South end of the stadium, in the Fosters Lager Stand. Reading have planning permission to increase the stadium capacity to 38,000, by extending the East, North and South Stands. There are no immediate plans for such development.

How to get to the Madejski Stadium

Southbound drivers are advised to use the M1, exiting at junction 6a onto the M25 towards the M4/M40. Leave the M25 at junction 15, taking the M4 towards Slough. Leave the M4 at Junction 11, bear left on to the A33 relief road which leads directly to the stadium. The Madejski stadium is well signposted from Junction 11. It is worth allowing plenty of time for the journey as traffic tailbacks inevitably occur near junction 11 of the M4.

Fans driving from the South should join the M25 and then follow directions as above.

Reading mainline station is over 3 miles from the ground, a walk taking over an hour. Many visiting fans have advised catching the No. 79 “Football Special” bus. Turn right on exiting the station and buses run from the opposite side of the road. 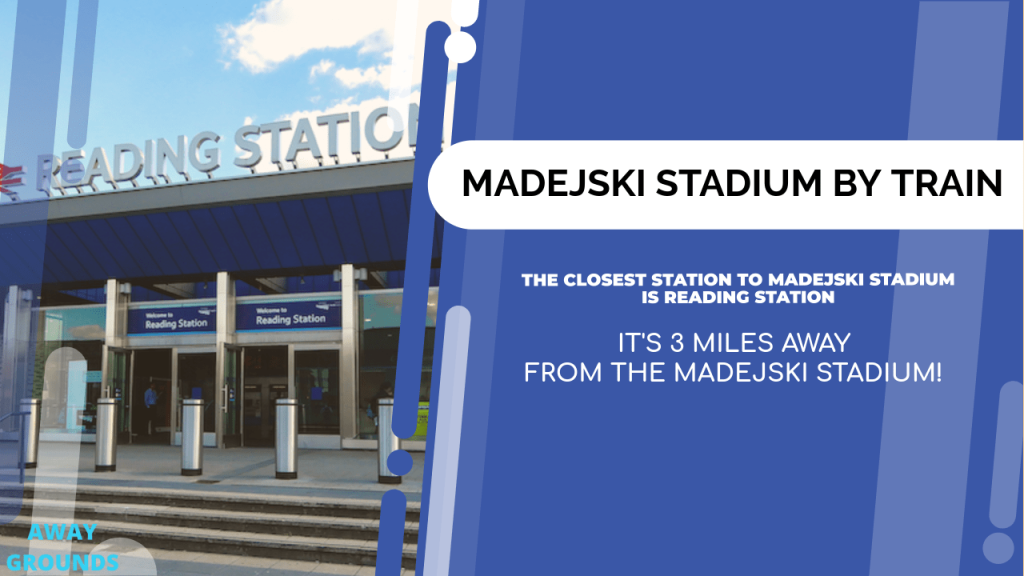 Although the journey time is usually only 15 minutes, fans advise catching the bus well in advance of kick-off, as all traffic to the Madejski uses the same route. Click here to check the current train timetables

Heathrow is the nearest airport, just over 23 miles away. It has excellent public transport links, with regular rail and bus services to Reading. Click here to check the current flight times.

There are several taxi companies in Reading that can take you to and from the Madejski . You can always prebook a private hire taxi, or hail a black cab on any highway.

Calling all Reading Taxi Companies – Why not advertise your company here?

Early arrivals may find limited on-street parking near the Courage Brewery on the A33 or on Imperial Way. Car parks at the ground and local speedway track offer over 2,500 spaces, but these fill up early. Reading operate a “Park & Ride” scheme at Shinfield Park. 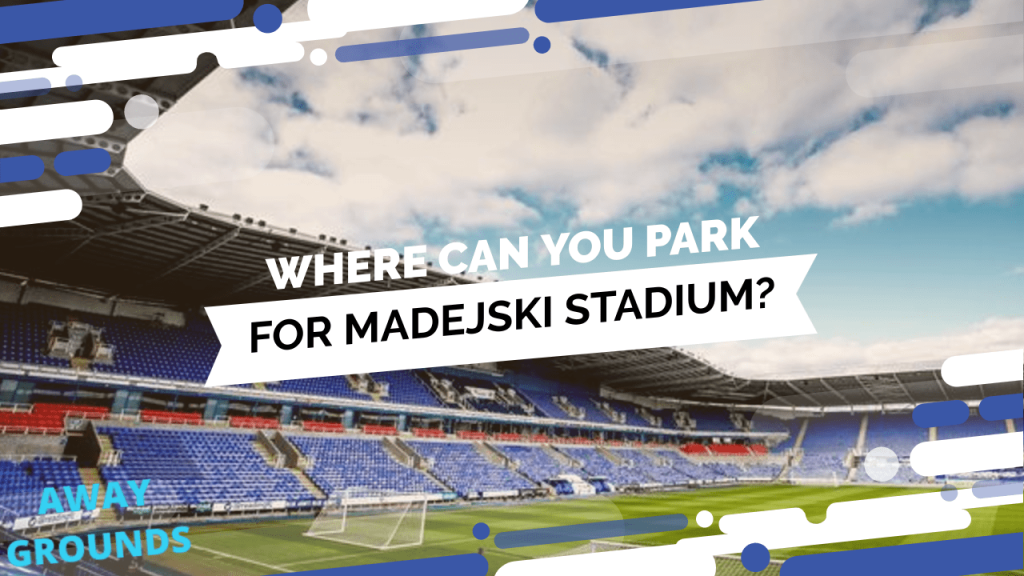 This can be reached from junction 11 of the M4, by taking the B3270 towards early and following signage for “Football Car Park C.” Visiting fans should avoid the temptation of parking in the nearby Business Park, as several away supporters report getting parking tickets or having their vehicles clamped.

Away Friendly Pubs near the Madejski Stadium

Pubs near the Madejski stadium are rare, so most fans have recommended Reading town centre for a pre-match drink. Friar Street offers a good selection of bars, all offering a friendly welcome to away fans. 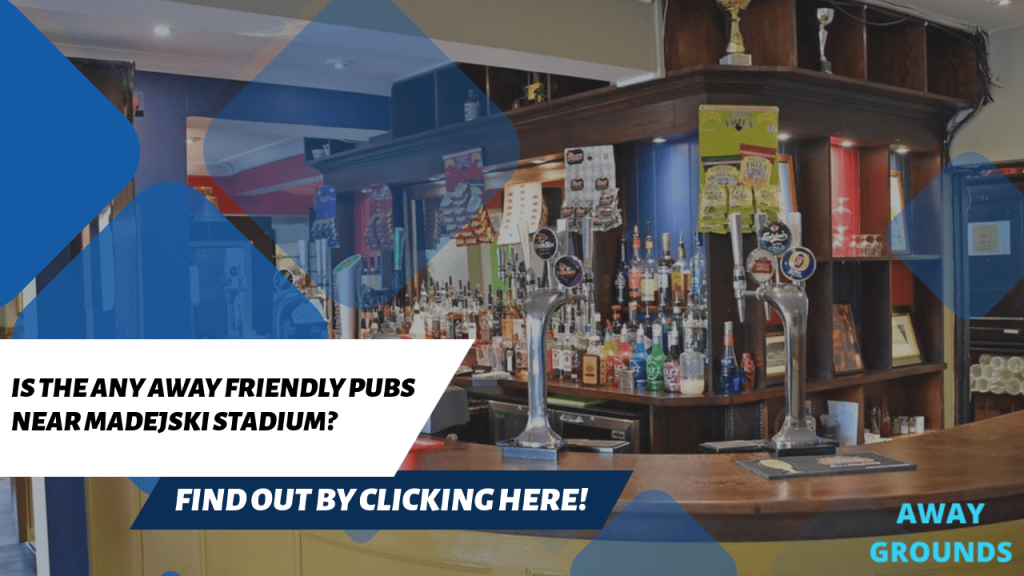 For rail travellers especially, The Three Guineas, on the station approach, offers a range of real ales, good food and large-screen Sky TV. There is a Holiday Inn hotel within 15-minute walk of the ground with an Irish-themed bar, but this becomes very crowded and is extremely expensive. Alcohol is also available inside the stadium.

Hotels near the Madejski Stadium

The Holiday Inn Reading South, 500 Basingstoke Road, Reading RG2 0SL is within ¾ of a mile of the Madejski stadium and has attracted good guest reviews. All rooms are air-conditioned, with amenities including satellite TV and Internet access.

The Copthorne Hotel Reading RG30 3UN is sited within a mile of the ground. Most guests have enjoyed their stay, with rooms noted as being comfortable and spacious. The facilities are modern, with lake views from the majority of rooms.

What have other Away Fans said about their trip to the Madejski Stadium?

Many away fans have remarked that the Madejski Stadium was evidently designed with supporters in mind. The stands are close to the pitch, with excellent acoustics. The seating in the away section has ample legroom, while the height between rows allows an excellent view of the play. However, several visitors have thought that the ground lacked character. 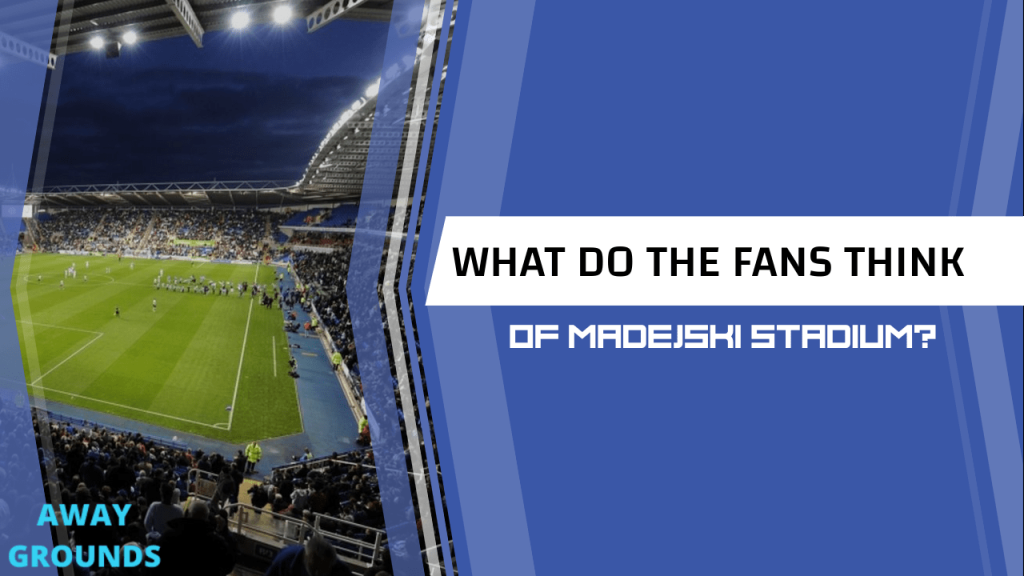 Catering facilities appear adequate, but no better. Over-zealous security staff and stewards have spoilt the “Madejski experience” for numerous away fans. Another common complaint has been that the safety-conscious club prevents vehicles from leaving the official car parks for some time after the end of the game, leading to long delays.

Reading’s original stadium, Elm Park, was replaced by Madejski Stadium. It cost £50 million to build. The stadium opened on August 22, 1998, with a 3-0 victory over Luton Town, however, the official opening took place a few weeks later.

Madejski Stadium is named after John Madejski, the club’s chairman. It was constructed on the site of a home waste dump, and as a result, many metallic poles can be seen throughout the stadium, releasing subsurface methane fumes.

Plans were established in the mid-2000s to expand Madejski Stadium to a capacity of up to 37,000 seats, but these plans were shelved after Reading was demoted to the Championship in 2008.

Madejski Stadium is also the home of the London Irish rugby team.

If tickets remain available, these can get bought at the ticket office until half-time. Whereas Reading sold out regularly in the Premier League, they rarely tend to do so in the Championship.

Madejski Stadium provides corporate event spaces and conference rooms of all sizes to fit your needs, whether your plans include theater-style presentations, exciting team activities, team-building exercises, or close-knit seminars.

All of our event rooms are located in the West Stand, ranging from the presentation-friendly Princess Suite, which can accommodate up to 500 guests, to 10-person Executive Boxes. Your attendees will be able to simply travel between event areas while taking in breathtaking views of the pitch and the full Select Car Leasing Stadium from this viewpoint.

This was my first visit to a major football stadium. The stadium is modern and the staff are friendly and helpful. I was a guest in Hospitality which made the afternoon even better. The food was excellent and the waiting staff friendly and efficient, you immediately felt very welcome on entry.

The stadium is fantastic and I love visiting. The atmosphere is great. I have learning disabilities and it is really easy to get around the stadium and the staff are really helpful.

Below is the Reading FC seating plan: 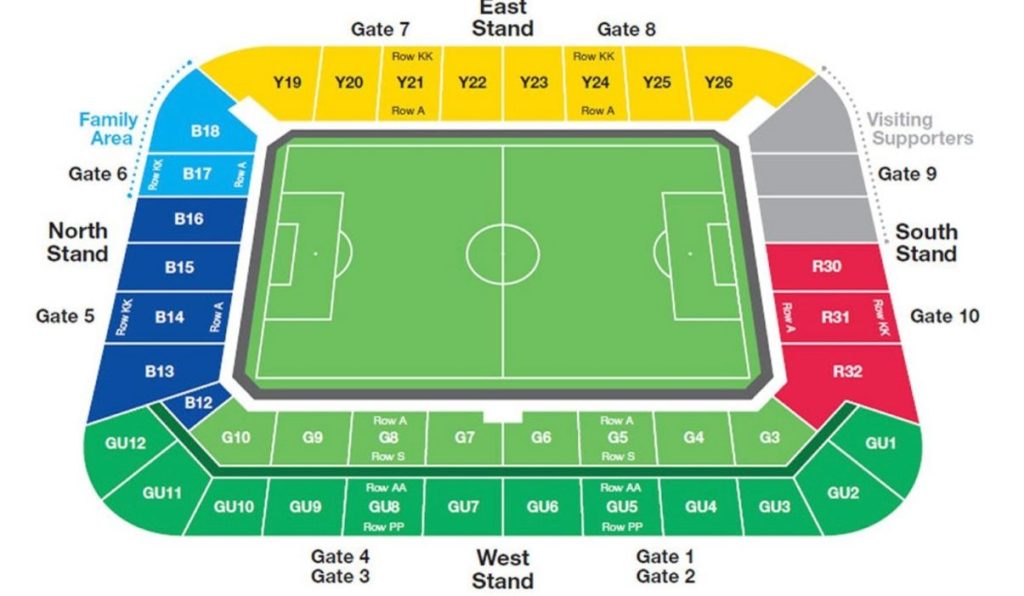 Thank you for reading our Madejski Stadium guide, we hope you enjoyed it and found all the information you need.

What is the capacity at Madejski?

When did Madejski Stadium open?

Madejski Stadium opened on the 22nd of August 1998.

Which is the away end at Madejski Stadium?

Away fans at Madejski Stadium are housed in the South Stand at one end of the stadium.

What is Madejski Stadium away end capacity?

Up to 4,300 people can be seated in the away end at Madejski Stadium.