The City Ground is an all-seater stadium, with a capacity of 30,500. It has been the home of Nottingham Forest since its opening in 1898.

The Executive Stand, at the North side of the ground was built in 1980, costing some £2 million, largely from the proceeds of European Cup victories in 1979 and 1980. Following Brian Clough’s retirement, the stand was renamed after Forest’s legendary manager.

The two-tier Bridgford Stand at the East end was rebuilt in 1992, with the lower tier being allocated to away supporters.

The Western Trent End was the most recent stand to be rebuilt, in time for Euro 96. The new stand is a large two-tiered structure with a tinted glass area running across the middle. The much older Main Stand, at the Southern side of the ground, now looks tired in the company of the more contemporary developments.

How to get to the City Ground

For satnav purposes, the postcode of the City Ground is NG2 5FJ.

From the North, leave the M1 at junction 26, taking the A610 towards Nottingham and following signage for Melton Mowbray. On crossing the River Trent, the ground is visible on the left. Alternatively, follow signage for “Football Traffic” from the A610. This circuitous route arrives at the City Ground via the A6011.

From the South, leave the M1 at Junction 24, following the A453 towards Nottingham. Take the A52 towards Grantham and the A6011 into Nottingham, on which the ground is located. Alternatively, northbound drivers can leave the M1 at Junction 21a and follow the A46 towards Newark. After some 20 miles, join the A606 towards Nottingham. At the roundabout, take the 4th exit onto the A52. Turn left at the next roundabout onto the A6011 and the ground is a about a mile.

Nottingham mainline station is less than a mile from the City Ground and a 15-20 minute walk. Click here to check the current train timetables 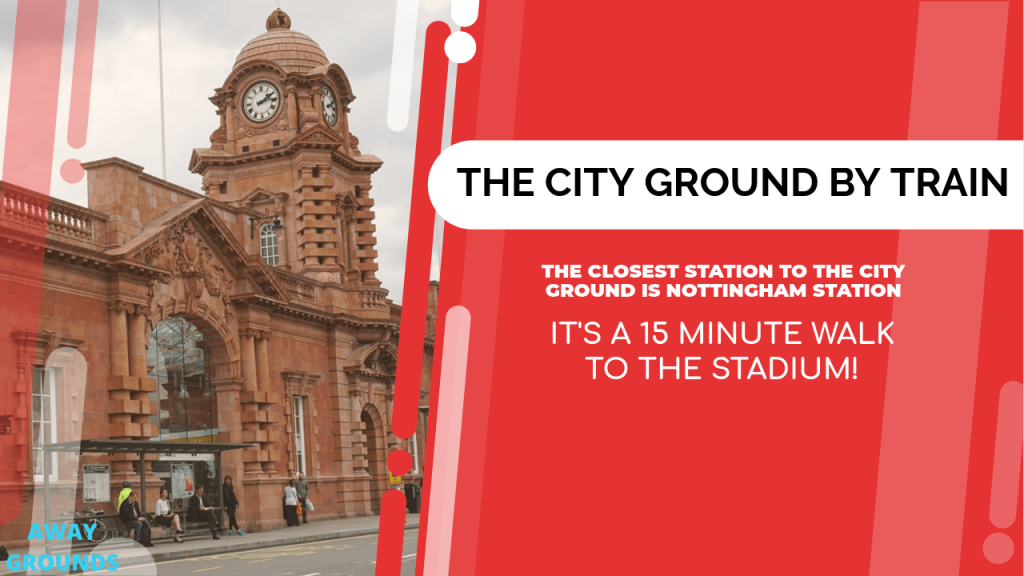 The nearest airport is Nottingham, at a distance of just under 3 miles. Click here to check the current flight times

There are several taxi companies in Nottingham that can take you to and from the City Ground. You can always prebook a private hire taxi, or hail a black cab on any highway.

Calling all Nottingham Taxi Companies – Why not advertise your company here?.

The City Ground has a large car park and there is also limited on-street parking. 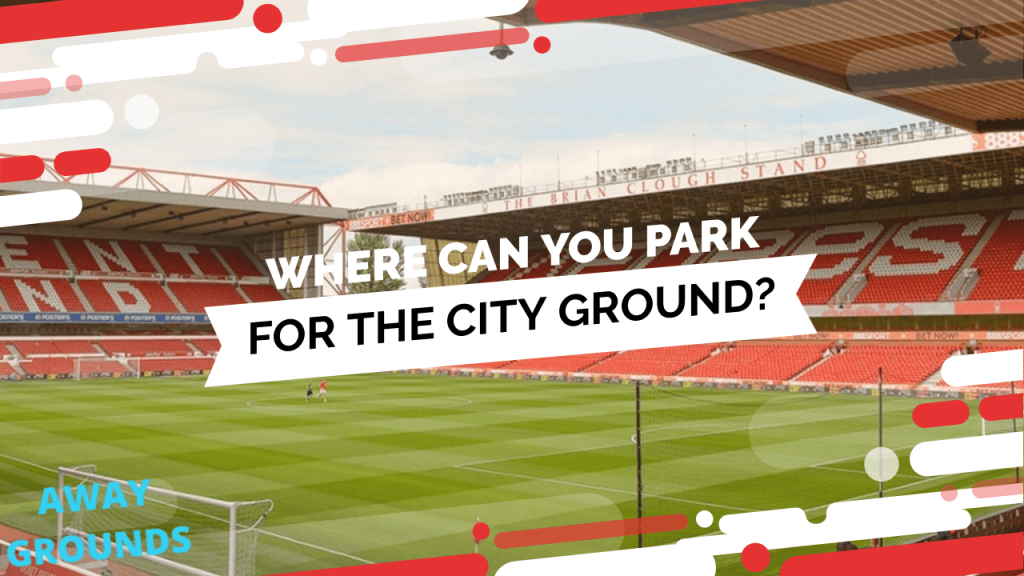 The local authority operates a matchday parking Nottingham forest on Victoria Embankment, near Trent Bridge cricket ground, just a couple of minutes from the stadium.

Away Friendly Pubs near the City Ground

The majority of the pubs close to the ground are “home fans only.” Several fans have reported experiencing trouble in the area of the station and advise to keep colours covered aa there are not many away fan pubs nottingham forest. The Waterfront complex, which offers some good “away friendly” bars, is a short walk from the station. On exiting, turn right and right again at the top of the road. 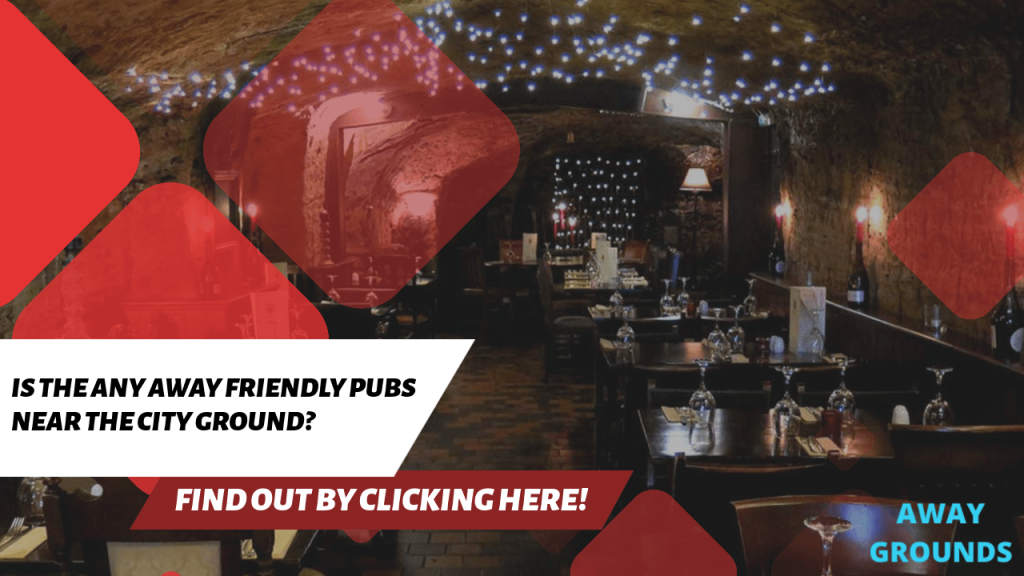 For rail travellers arriving early, the Olde Trip To Jerusalem is reportedly worth investigating. Dating back to the 1100s this historic pub serves real ale and quality food. On exiting the station, turn right. Turn left at the top of the road and take the 2nd right into Castle Road. The pub is on the left. The Stratford Haven, on Stratford Road, reportedly serves great beer and food and offers a vibrant atmosphere with both home and away fans. Hooters, on the main A6011, serves good beer and excellent food. Alcohol is also available inside the ground.

Hotels near the City Ground

What have other Away Fans said about their trip to the City Ground?

Most visiting fans have enjoyed their trip to the City Ground, but a significant minority have experienced some form of trouble in or around the ground. 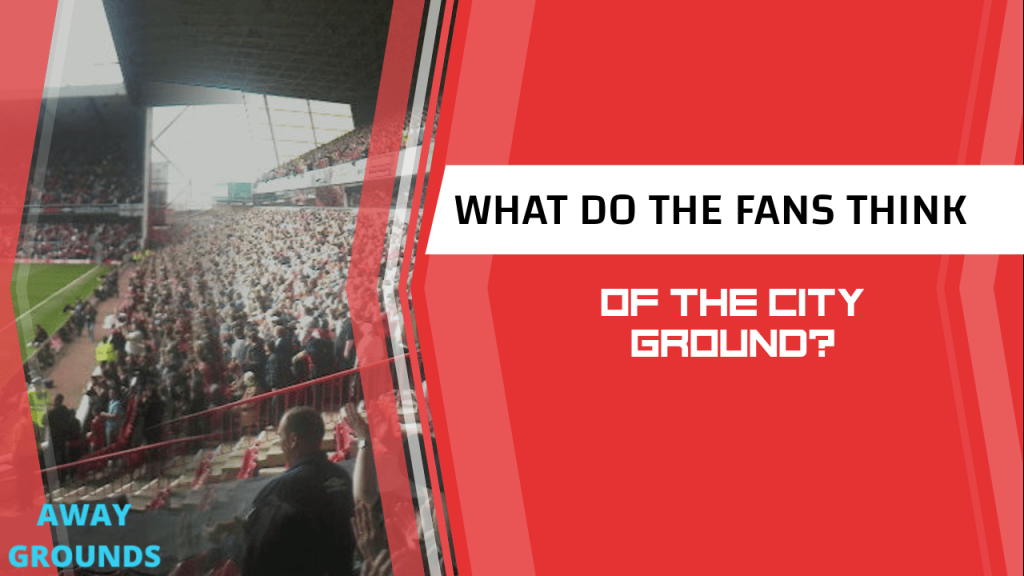 This has ranged from fights to missiles being thrown from the upper tier by Forest “fans.” Others have remarked upon continual abuse from home supporters in the Main Stand, which they found intimidating. Catering and toilet facilities are reportedly adequate, but lengthy queues form at half-time.

After failing to find a permanent home in previous decades, Nottingham Forest relocated to the City Ground in 1898.

The City Ground first opened its doors on September 3, 1898. It started out as a rather tiny field with mostly wooden stands.

In the ensuing decades, some improvements were made, primarily to the terraces, but the ground did not really begin to develop until the 1950s. The first was the opening of a new East Stand (later Executive Stand) in 1957.

The wooden main stand was severely destroyed by fire in 1962, but it was successfully reconstructed. A fire six years later completely destroyed the same stand, which was later rebuilt. At the time, the stadium could house over 43,000 people, with 17,500 of them seated.

Construction of a new all-seater stand at the Bridgford End, as well as the new Trent End at the opposite end of the ground, continued in the early 1990s.

The City Ground was one of the European Championships’ playing venues in 1996, hosting three first-round group matches.

The team has been looking into the possibility of building a new stadium in recent years. These were once quite concrete as part of England’s bid for the 2018 World Cup, but the failed bid and recurring resident opposition at proposed sites have put a stop to any further progress.

Getting Tickets for Nottingham Forest

Tickets for the match can be purchased at the Brian Clough Stand’s ticket office on the day of the game. Forest only sells out on rare occasions.

A visit to the City ground for the last game of March, it was a marvellous atmosphere with a capacity crowd, good football, generally a great day out with a fabulous win, what more can you ask for when visiting.

Visited the Famous City Ground home to Nottingham Forest Football Club in February when the weather was un-seasonally fine. Sat in the Peter Taylor stand which one day soon will be re-vamped, its historical and well worth a trip while it still ooks like it does, excellent day out.

When did The City Ground Stadium open?

The City Ground Stadium opened on the 3rd of September 1898.

Who owns The City Ground Stadium?

The owner of The City Ground Stadium is Nottingham Forest F.C.

What is the capacity at The City Ground Stadium?

The capacity at The City Ground Stadium is 30,445.

What is The City Ground away end capacity?

The away end capacity at The City Ground is around 2,000 and an additional 1,000 can be added.

Which is the away end at The City Ground?

Away supporters at The City Ground are housed in the Bridgford Stand, which is closest to the Brian Clough Stand.

What is Nottingham Forest stadium called?

The Nottingham Forest Stadium is called The City Ground. 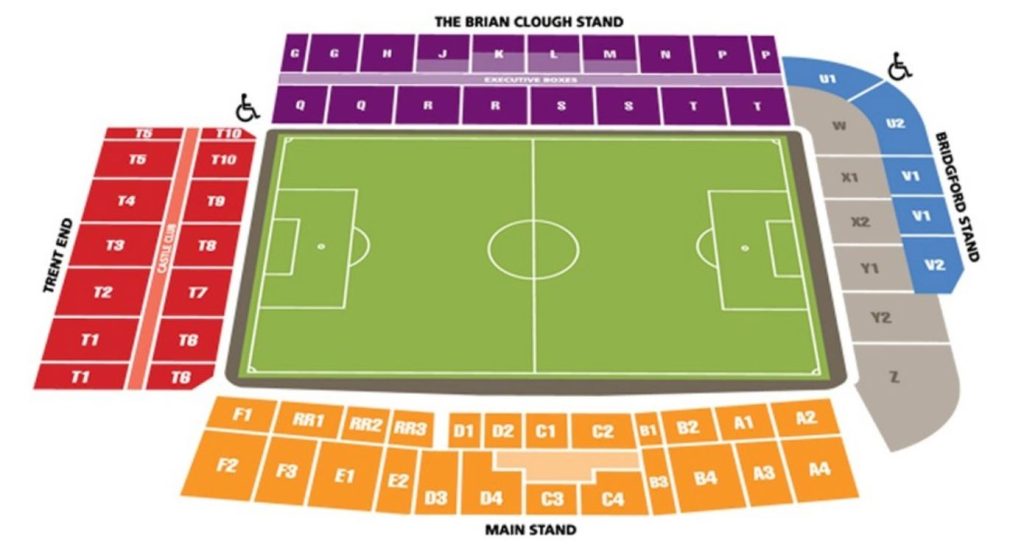 Some of the most unique suites in the East Midlands may be found at the City Ground. It’s a great place to hold business meetings, seminars, conferences, and trade shows.

You’ll be able to arrange anything from a dinner dance to a product launch in one of the executive suites. If you and your future husband are both ardent Forest fans, you can also have your wedding there.