The New Den is an all-seater stadium, with a capacity of 20,146. Opened in August 1993, the stadium is less than a quarter of a mile away from the original Den, which had been the home of Millwall FC for 83 years.

With a build cost of £16 million, it was the first new football stadium to be constructed for a professional team in London since 1937, and the first all-seater stadium to be completed after the Taylor Report on the Hillsborough disaster.

The new Den is made up of four, fair sized two tiered stands that are of the same height. The corners of the ground are open, apart from one corner where there is a large video screen.

How to get to the New Den

Drivers arriving from the North should follow signs for the City from the A1 / M1, then signage for Whitechapel and Shoreditch. Follow the ring road signs for Dover and cross over Tower Bridge. After about a mile take the first exit at the roundabout onto the A2. From Elephant & Castle, take the A2 into Old Kent Road. After about 4 miles, turn left into Ilderton Road and left into to Zampa Road.

Away fans driving from the South should follow the A20 / A21 into London. At New Cross, follow signs for Surrey Quays into Kender Street. Turn left into Old Kent Road then right into Ilderton Road. Zampa Road is the 7th turning on the right.

It is probably best to travel to the New Den by taking the tube to London Bridge, on the Jubilee and Northern Lines, then the overland train to South Bermondsey station, which is only a few minutes walk from the ground, with a designated Millwall away fans walkway. 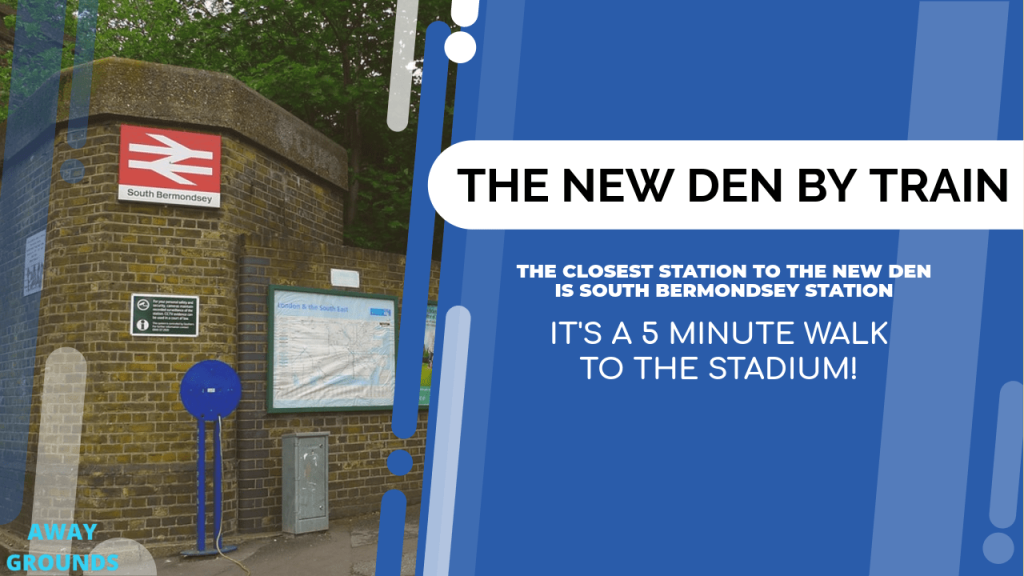 Otherwise, New Cross Gate and Surrey Quays tube stations, both on the East London Line, are a 15-20 minute walk from the ground. Click here to check the current train timetables

London City Airport is within 5 miles of the new Den. Canning Town is only a 7-minute Docklands Light railway journey away, with regular Jubilee Line connections to London Bridge. Click here to check the current flight times

There are several taxi companies in Millwall that can take you to and from the new Den. You can always prebook a private hire taxi, or hail a black cab on any highway.

Calling all Millwall Taxi Companies – Why not advertise your company here?.

There are no car parks near the New Den ground. Visiting fans have noted that limited street parking is available of the estate next to the stadium. 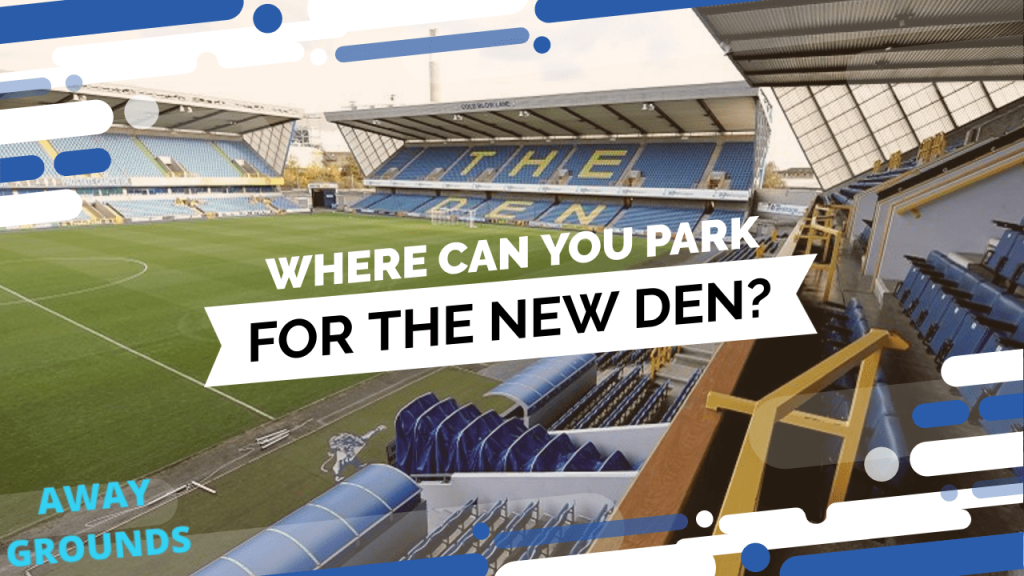 Away Friendly Pubs near the New Den

Most visiting fans discourage away fans from drinking near the ground. Several away fans have recommended pubs near London Bridge tube station as being best for a pre-match drink. The Shipwright Arms, on Tooley Street, about 200 yards from the station, has received excellent reports from visiting fans. 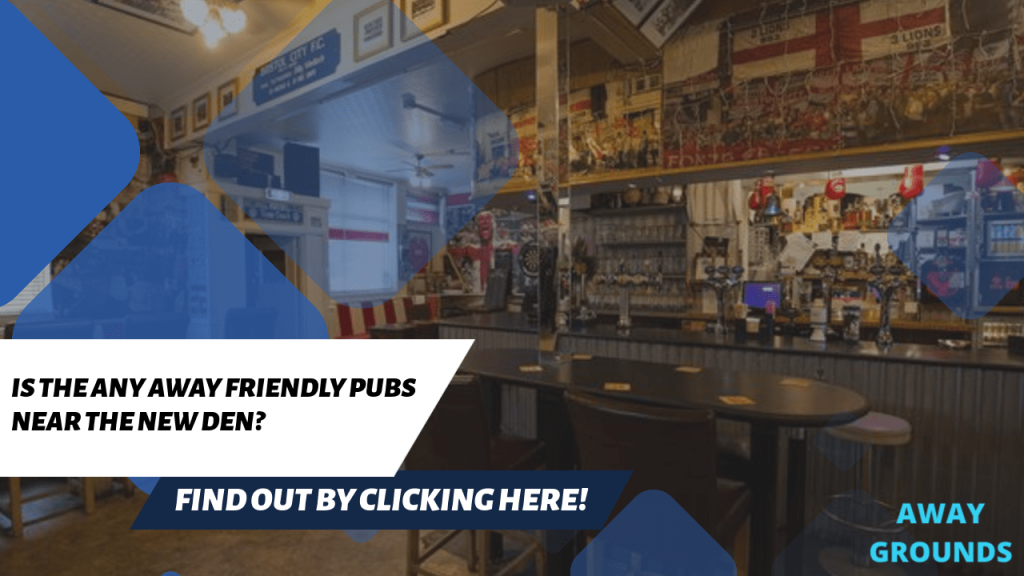 For fans of real ale, the Barrow Boy and Baker, on Borough High Street and the Market Porter, on nearby Stoney Street, have also been recommended. The last named is a regular inclusion in the CAMRA guide, with numerous real ales on tap. At the ground, there are bars to the rear of the stands, which also serve hot food.

Hotels near the New Den 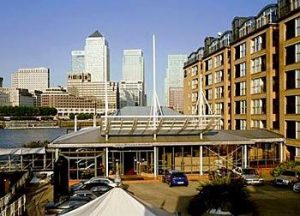 Hilton London Docklands, 265 Rotherhithe Street, London SE16 5HW is situated on the South bank of the River Thames, with stunning views across to Canary Wharf. It is superbly located, within 20 minutes of London City Airport.

London Tower Bridge Premier Inn, 159 Tower Bridge Rd, London SE1 3LP is also in a great location for the city of London, a short walk from Tower Bridge and numerous popular tourist attractions. With good transport links across the capital, it is a superb base for a stay in London.

Visiting fans report that the New Den is a dramatic improvement on the foreboding old ground. Away fans are housed in the upper tier of the North Stand, where facilities and the view of play are reported good, though the quality of food on offer is reportedly poor. Many visitors have found the New Den to be quite intimidating and advise covering club colours around the ground. 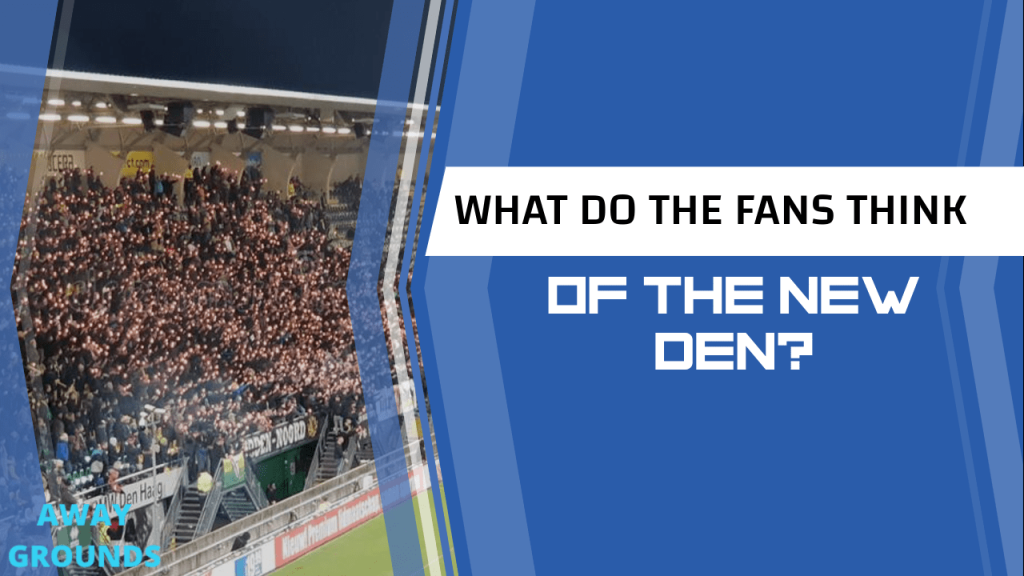 Most visitors report a very large Police presence at the ground. Several fans have reported that despite a cursory search on entry to the ground, the game was interrupted by sections of both home and away fans throwing missiles at each other and onto the pitch. Numerous visiting fans have been worried about getting away from the ground safely, but report that the Police have been very helpful in ensuring their safe conduct.

Getting tickets for Millwall

Millwall has two price structures. The most costly Cat A matches have ticket prices ranging from £26.00 for an upper-tier seat behind the goal to £30.00 for a seat in the main stand. Ticket prices for Cat B games are £3.00 less.

Had a VIP visit to Millwall. Couldn’t fault it. Great service, comfortable surroundings. An entertaining tour of the ground and changing rooms, a generous meal with plenty of wine, comfortable seats for the match with half time drinks.

This was a really enjoyable tour. Our tour guide Westie was very informative, knowledgeable and funny, with plenty of anecdotes. The 90-minute tour went by quickly and would be very entertaining even if you don’t support Millwall. Highly recommended.

When was Millwall Stadium built?

Millwall Stadium was built on the 4th of August 1993.

What is the capacity at Millwall stadium?

The owner of Millwall Stadium is Millwall Holdings.

What is The New Den away end capacity?

According to the Millwall away end seating plan, around 4000 away fans can be seated in The New Den.

Which is the away end at The New Den?

Away fans are housed in the North Stand, which is located at one end of the stadium (usually in the upper tier only).

The Den, formerly known as The New Den, was one of the first stadiums created in response to the Taylor Report and in line with its recommendations. It took the place of The Old Den, which was in the same location.

The Den first opened its doors on August 4, 1993, with a friendly match between Millwall and Sporting Portugal from Portugal. The new stadium had cost £16 million to build.

Events at The New Den

No matter how big or small your event is, a suite at The Den is the ideal location. They have excellent transportation links from all across London, Kent, and the surrounding areas, as well as enough parking for your guests.

They may create custom packages for you, including a variety of menu options and suite layout options. Throughout your stay with them, their hospitality staff will be on hand to assist with the smooth running of your event.

The Den’s wide variety of renting spaces, many of which overlook the pitch, provide a comfortable environment for groups of various sizes. Their stadium is an excellent venue for a variety of activities, including but not limited to:

Thank you for reading our guide to The New Den Stadium.