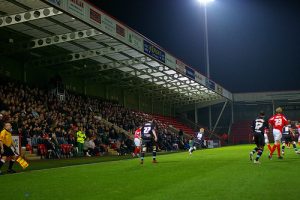 The Whaddon Road ground has a capacity of 7,000 with seating for 3,912. It is the home ground of Cheltenham Town FC.

It was renamed the “Abbey Business Stadium,” in April 2009 as a result of a corporate sponsorship deal with Abbey Business Equipment. The Carlsberg Stand, an all-seater stand behind one of the goals, is the latest addition to the ground, having been opened in 2005.

From the 2009-10 season onwards, it will be used to house home supporters. The other end is occupied by the small, covered, Cheltenham & Gloucester Terrace, also used by home fans. The Stagecoach Main Stand runs along one side of the pitch, combining seating at the rear and terracing to the front. It straddles the halfway line and does not run the full length of the pitch, with open spaces to either side. Opposite is the In2Print Stand, a single-tiered, covered, all-seater stand, construction of which was completed in late 2001. As from the 2009-10 season, half of the stand has been allocated to away supporters.

How to get to Whaddon Road

The ground is located in Whaddon Road, Cheltenham GL52 5NA.

Drivers arriving from the North should follow the M5 as far as junction 10, exiting onto the A4019 towards Cheltenham. Keep straight on until reaching a large roundabout with a McDonalds on the left. Turn left at this roundabout and continue straight on over a double mini roundabout. After a further ¼ mile, turn right into Swindon Lane. Keep straight on at the next roundabout, passing the racecourse on the left. Follow signage for Gloucestershire University, turning left into Prestbury Road, from where the ground is well signed.

From the South, leave the M5 at junction 11 towards Cheltenham. At the 2nd roundabout, turn left into Princess Elizabeth Way. Go straight on at the next roundabout as far as a large roundabout with a nearby McDonalds. Keep straight on, passing over a double mini roundabout. Directions are then as above.

Cheltenham station is a good ½ hour walk to the Whaddon Road ground. On exiting the station, turn right and follow Queen’s Road, turning left into Lansdown Road. At the roundabout, turn left into Montpellier Walk, which becomes the Promenade. 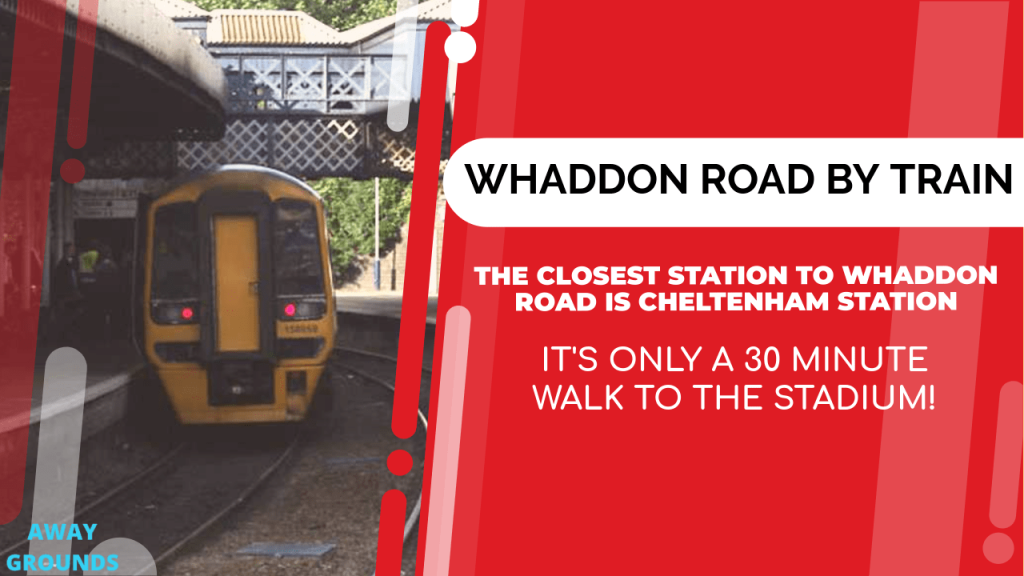 At its end, turn right into High Street, then left, after about 100 yards, into Winchcombe Street. Follow this into Prestbury Road, go straight on at the roundabout and take the first right into Whaddon Road, where the ground is on the left. For the less energetic rail traveller, plenty of taxis are available.

The nearest airport is Birmingham, some 40 miles away. There are regular rail links to Cheltenham, with a journey time of about 90 minutes. Click here to check the current flight times

There are several taxi companies in Cheltenham that can take you to and from Whaddon Road. You can always prebook a private hire taxi, or hail a black cab on any highway.

Calling all Cheltenham Taxi Companies – Why not advertise your company here?.

There is no car park at the ground and nearby street is very limited. Some reasonably-priced parking is available at the Parklands Social Club. 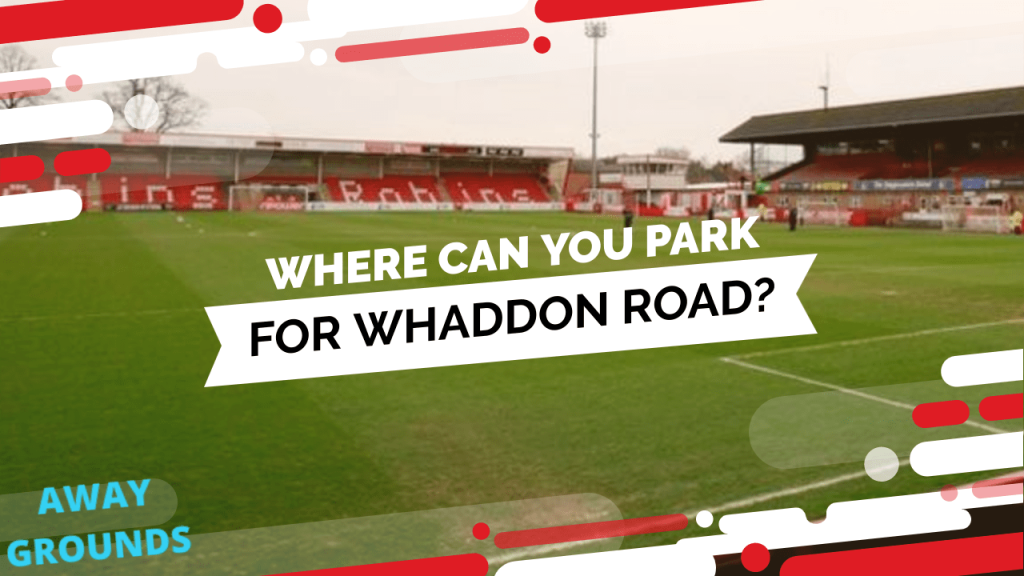 Otherwise, a free “Park and Ride” service operates from Cheltenham racecourse (see “By Road,” above). Journey time is about 10 minutes.

Away Friendly Pubs near Whaddon Road

Several visiting fans have recommended the Parklands Social Club, which can be reached by going down Whaddon Road with the ground on the left and taking the first left turn. Visitors report a friendly welcome from the locals and the club has several TVs, including a big screen with Sky Sports. 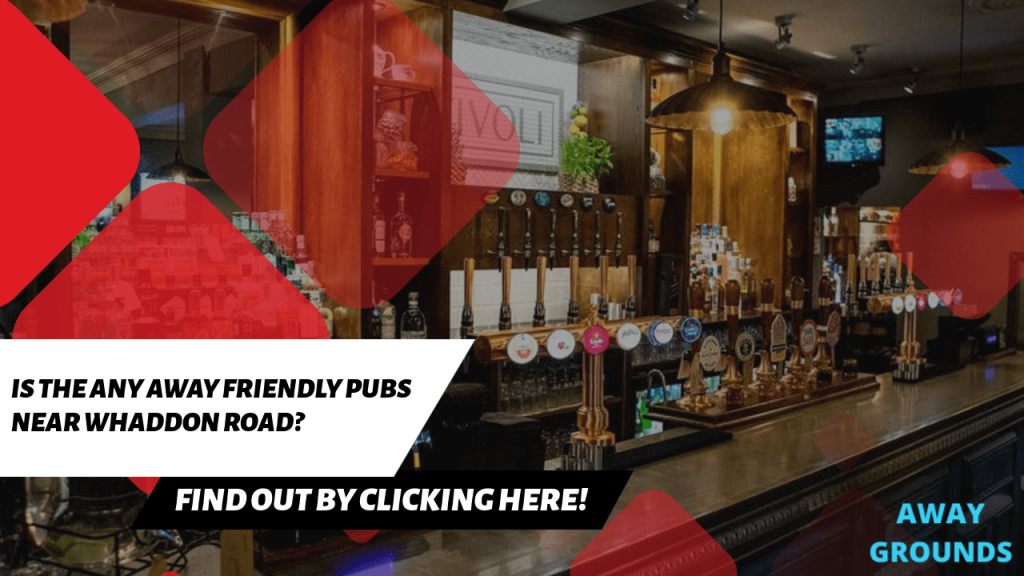 Within a 10-minute walk of the ground, the Conservatory and the Sudeley Arms, both on Prestbury Road, have received good reports. At the ground, the small Robin’s Nest bar allows in a small number of visiting fans on payment of a nominal charge.

What have other Away Fans said about their trip to Whaddon Road?

The majority of away fans appear to have enjoyed their trip to Whaddon Road, noting friendly home fans and a good atmosphere within the ground. The views of the playing area from the away section are very good and seating has ample legroom. 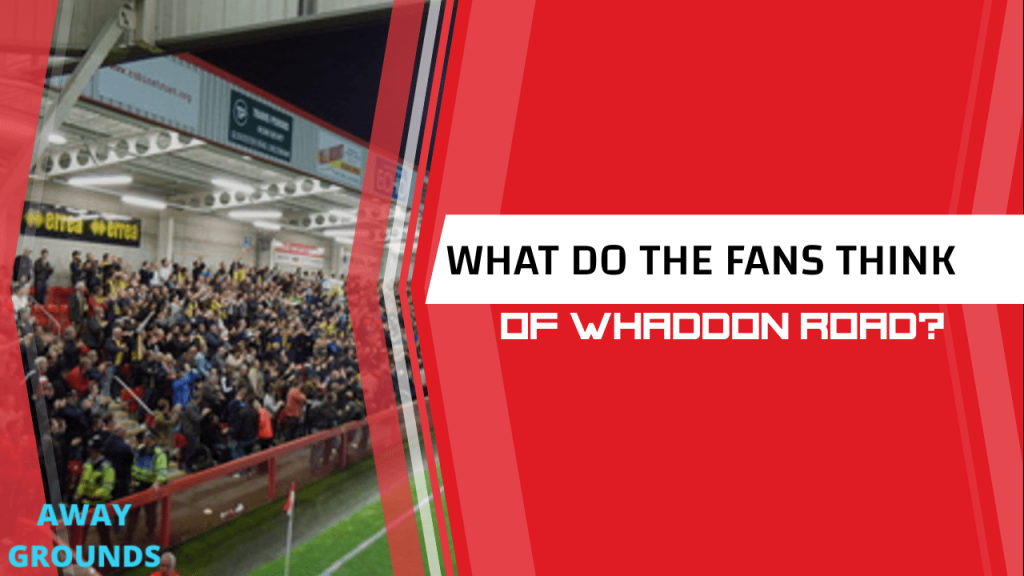 The range and quality of food offered is good too, with the customary selection of pies, burgers, hot dogs and bacon rolls. On the downside, stewarding is reported as “over the top” on occasions and fans advise avoiding race days, as traffic is horrendous. 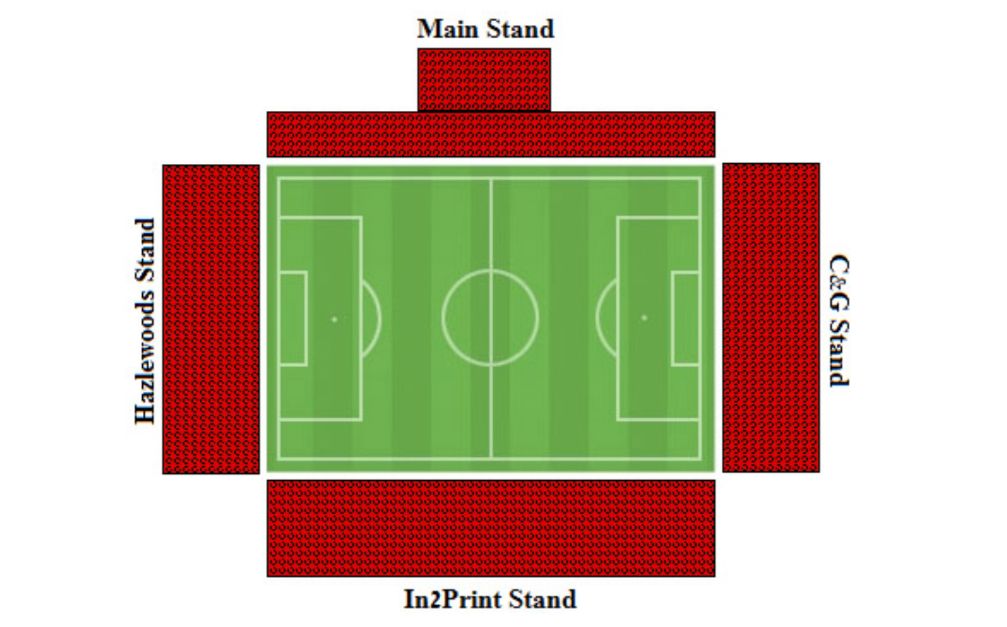 Which is the away end at Whaddon Road?

Away fans at Whaddon Road are housed in the Hazlewoods Stand, which is located at one end of the stadium.

What is Whaddon Road away capacity?

According to the Cheltenham Town FC Stadium Plan, around 1,500 seats are available for away fans.