The club moved to this purpose-built £6.8 million stadium in July 2005, having played at their former home Eton Park for 46 years.

Its main feature is the attractive, covered, all-seater Main Stand, which also houses the club offices and corporate hospitality facilities. The remaining 3 sides are identical, steep, covered terraces with about 10 rows of terracing and windshields on both sides, apart from one side of the South Stand, where a Police Control Box is sited.

How to get to the Pirelli Stadium

The Pirelli Stadium is located at Princess Way, Burton on Trent, Staffordshire DE13 0AR. The ground is in North Burton, near to the Pirelli factory, just off the A5121 Derby Road. This is about a mile from the A38 which runs across the Midlands.

Drivers arriving from the North should exit the M1 at junction 28, taking the A38 towards Derby. Follow the A38 through Derby towards Burton. Take the “Burton North” exit from the A38 onto the A5121. On reaching the outskirts of Burton, go straight across one roundabout and the ground is on the right just before the next. Turn right at the roundabout into Princess Way and the club car park is a short distance on the right.

From the South, exit the M1 at junction 22, joining the A50 towards Coalville / Burton. Turn right at the junction of the A5121, towards Burton North. Directions are then as above.

Burton station is about 1½ miles and a 25-minute walk from the stadium. On exiting the station, turn left and go down the hill. 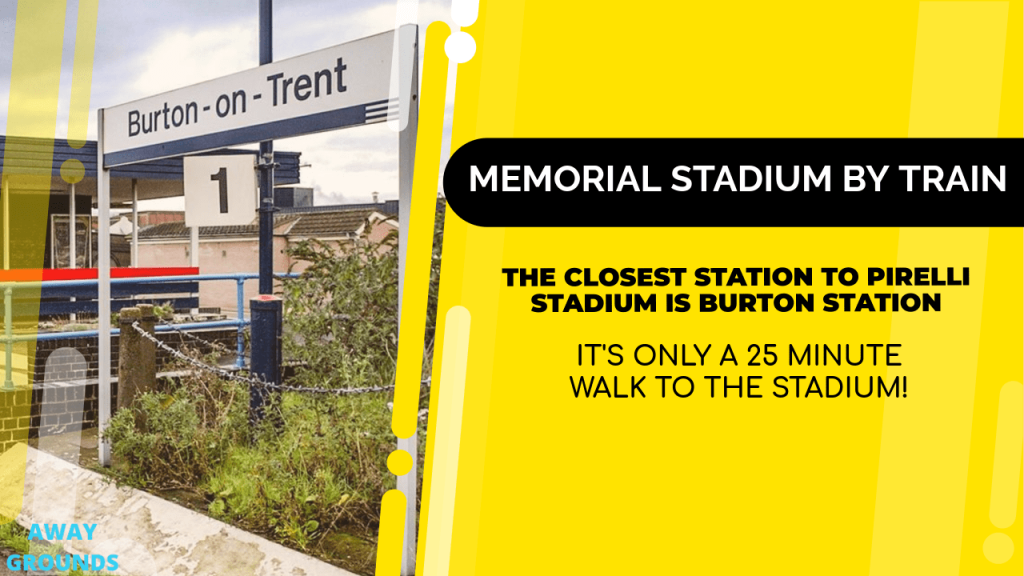 Turn right into Derby Road and it is a straight hike to the ground. Most visiting fans recommend getting a taxi from the rank at the station. Click here to check the current train timetables

The nearest airport is East Midlands, at a distance of 13 miles. A half-hourly bus service operates to East Midlands Parkway Station which has regular rail connections to Burton. Click here to check the current flight times

There are several taxi companies in Burton that can take you to and from the Pirelli stadium. You can always prebook a private hire taxi, or hail a black cab on any highway.

Calling all Burton Taxi Companies – Why not advertise your company here?.

There is a large, reasonably priced car park at the ground, with spaces for 400 vehicles. 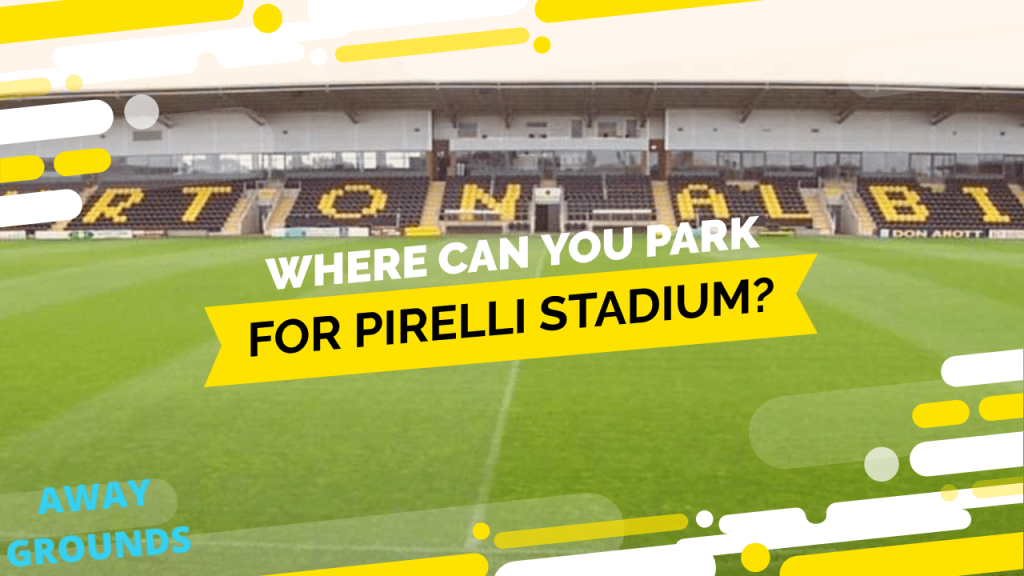 Overflow parking is provided in the Rynkild Trading Estate, which can be reached by taking the 1st exit from the roundabout leading to Princess Way. Otherwise, there is plenty of street parking near the ground.

Away Friendly Pubs near the Pirelli Stadium

The nearest recommended away friendly pub is the Beech Inn which is situated on the busy Derby Road between Pirelli and McDonalds, just a 10-minute walk from the ground. 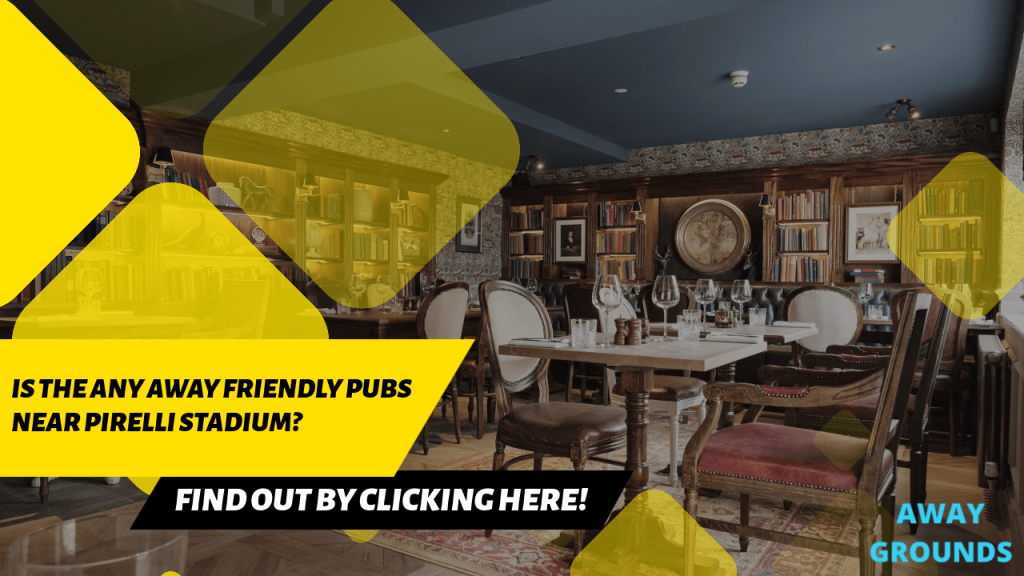 This pub has a bar on the front, a smaller lounge at the rear and a beer garden. It also serves reportedly decent food.

Hotels near the Pirelli Stadium

The Ramada Burton Upon Trent (pictured left), Newton Park, Newton Solney, Burton On Trent, DE15 0SS is a traditional, country house hotel set in 8 acres of beautiful gardens, boasting superb views over the Peak District, yet only 2 miles from the A50 link road between the M1 and M6. Under 2 miles from the centre of Burton-upon-Trent, the hotel is within easy reach of a number of attractions, including Alton Towers, Drayton Manor, American Adventure, Chatsworth house, Tutbury Castle and Twycross Zoo.

The Express By Holiday Inn Burton On Trent (right), Second Avenue, Centrum One Hundred, Burton On Trent DE14 2WF is situated on the A38, just south of Derby and the A50 spine road. Alton Towers, Donnington Park Race Circuit, Uttoxeter Racecourse, Drayton Manor Park & Zoo, historic Lichfield and the Potteries are no more than 30 minutes’ drive away. Surrounding cities include Derby, Nottingham, Stoke-on-Trent and Birmingham.

The majority of away fans have found a trip to the Pirelli Stadium enjoyable and relaxing. Many have commented that while the ground’s design lacks originality, it is smart looking and does not appear to have been built “on the cheap.” However, in keeping with many new grounds, it lacks character. The away section, which comprises the East Terrace and limited seating in the Main Stand, is reported to provide adequate spectator accommodation and facilities, with good views of the action and no supporting pillars. 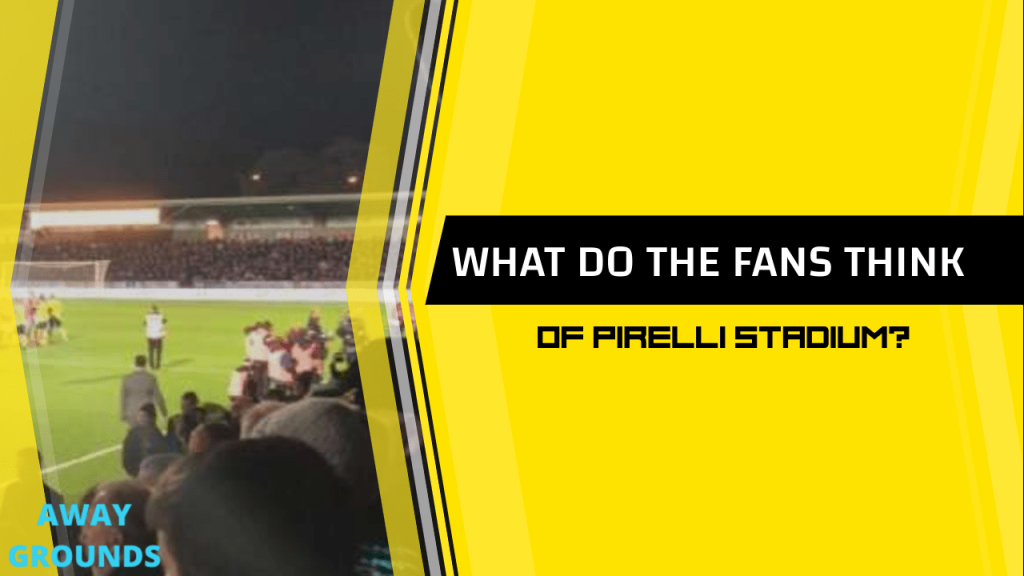 Getting around the stadium is easy as there is a covered concourse arrangement with a bar and excellent refreshment facilities. Visitors also report being pleased that the crusty bread chip butties, faggots and mushy peas have successfully made the “migration” from the old Eton Park ground.

Which is the away end at Pirelli Stadium?

At Pirelli Stadium, away supporters are mostly accommodated in the East Terrace.

What is Pirelli Stadium away end capacity?

The capacity in the away end at Pirelli Stadium is around 1,400.

The ground’s inaugural match was a pre-season friendly against Chester, which the home side lost 1-0. Avun Jephcott, a trialist, scored the first goal at the new stadium, but Albion had to wait until Kevin Street scored against Hull City in another friendly before seeing one of their own players score.

Pirelli Stadium was completed in 2005 and is the current home of Burton Albion Football Club, replacing the club’s previous Eton Park stadium, which was demolished and turned into housing.

The ground was created on the former site of the Pirelli UK Tyres Ltd Sports & Social Club, and it cost £7.2 million to build after Pirelli gave the land in exchange for naming rights.

Since its creation, the stadium’s capacity has varied little, and it now seats 6,912 people, with 2,034 in the South (Main) Stand. The stadium’s current attendance record is 6,746 during an EFL Championship match versus Derby County, which is located nearby.

On December 12th, 2009, the ground witnessed two wins at the same time: Greg Pearson’s hat-trick in Burton’s 6-1 win over Aldershot was not only the club’s first hat-trick at the new stadium but also the first hat-trick by any Burton player in the Football League.

The ground’s inaugural match was a pre-season friendly against Chester, which the home side lost 1-0. Avun Jephcott, a trialist, scored the first goal at the new stadium, but Albion had to wait until Kevin Street scored against Hull City in another friendly before seeing one of their own players score.

Burton Albion does not categorise their matches, hence the ticketing system is rather straightforward. Burton, like many teams, charges varying amounts depending on whether you want to sit in seats or go to the terraced area of the ground, and they also charge different amounts to different age groups, but that’s all there is to it.

Here are the cheapest and most affordable adult and concession ticket rates; keep in mind that these prices are only available in advance; if you buy on the day, you’ll have to pay an additional £2 per ticket. The terraced portion has the cheapest tickets, while the seated area has the most costly. 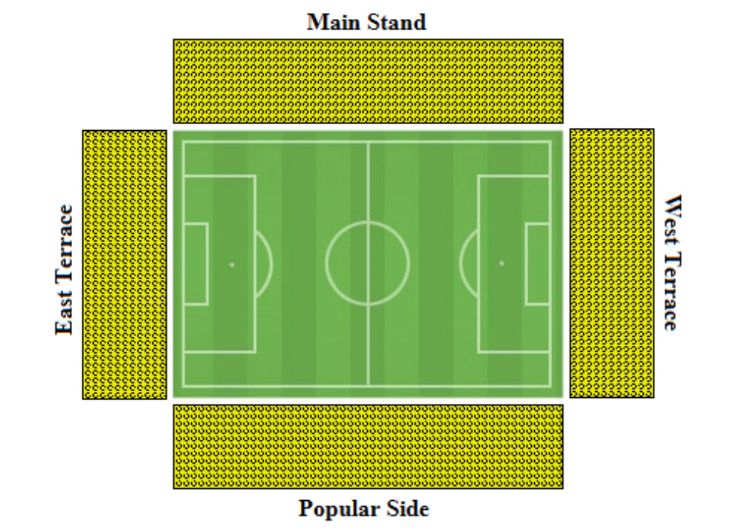 A pleased away fan says:

What a fantastic day!! Everything was perfect – the setting, the meal, all the staff in all areas at Burton. As away fans we were still made to feel very welcome.

The match day experience is great and the ladies facilities are of good quality, which cannot be said about other footie stadiums. The hospitality footie experience is great, with great food etc, we usually try to book these 1-2 rltines a year.

The Albion Suite is their largest space, with seating for up to 300 people and up to 100 attendees can be comfortably accommodated in the Tom Bradbury Lounge.

Their executive boxes, which come in a variety of sizes, are great for smaller business meetings and breakout areas. All of their meeting rooms are fully air-conditioned and have views of the immaculate pitch, which receives plenty of natural light.