Hillsborough Stadium has been the home of Sheffield Wednesday since 1899.

It is an all-seater stadium, with a capacity of just under 40,000. Hillsborough has missed out on the investment of some other clubs, but remains a ground full of character.

The large, two-tier South Stand dates back to 1914 and is a testimony to architect Archibald Leitch as it does not look out of place in the 21st century. Opposite is the single-tiered North Stand, opened in 1961.

The Spion Kop at the East end of the ground was formerly a very large, banked terrace. Seats were installed in 1993. The two-tier West Stand was opened in 1966, in time for Hillsborough to host World Cup games. The upper tier of this stand, at the Leppings Lane End, is customarily allocated to visiting fans. Outside the ground is a memorial to the fans that died at the Liverpool v Nottingham Forest FA Cup semi-final of 1989.

How to get to Hillsborough

Drivers arriving from the North are advised to follow the M1 as far as junction 36, exiting onto the A61. At the roundabout, take the 3rd exit to Sheffield (North). Having passed through one round about, take the 3rd exit at the next onto Leppings Lane. This is not the shortest route to the ground, but this is certainly the easiest and avoids traffic congestion in the city centre.

Sheffield Railway Station is situated in the town centre, some 3 miles from the ground. A good method of getting to the ground is the South Yorkshire “Supertram” service, which is signed from the station. 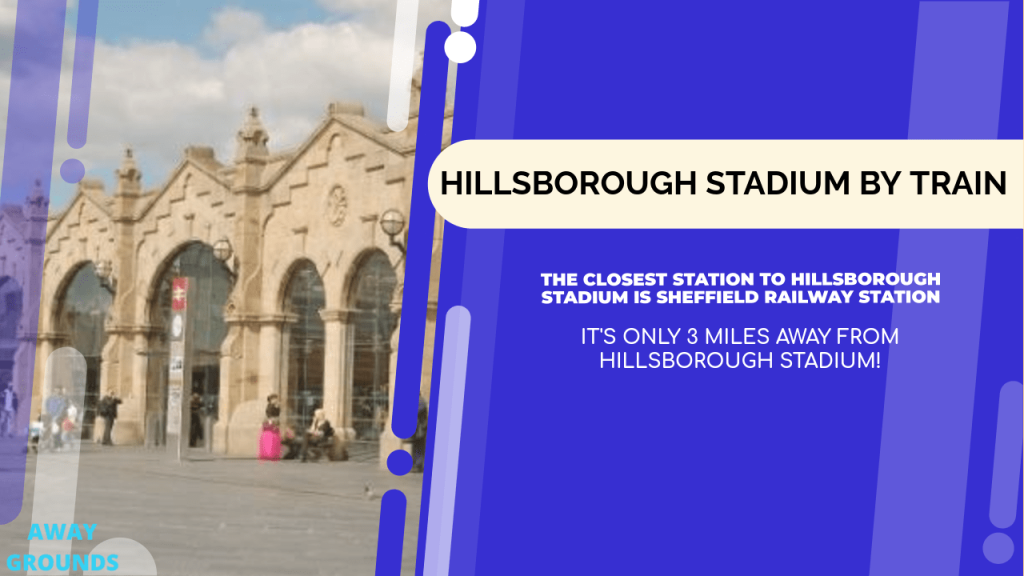 The tram for Middlewood stops at Leppings Lane, just a stone’s throw from the ground. Click here to check the current train timetables

The nearest airport is Doncaster’s Robin Hood Airport. There is also Manchester International, about 30 miles from Sheffield. It offers frequent rail and coach connections to Sheffield city centre. Click here to check the current flight times

There are several taxi companies in Sheffield that can take you to and from Hillsborough. You can always prebook a private hire taxi, or hail a black cab on any highway.

Calling all Sheffield Taxi Companies – Why not advertise your company here?.

Limited on-street parking is available for early arrivals. There are also several unofficial car parks on the A61 which offer parking at a reasonable cost. 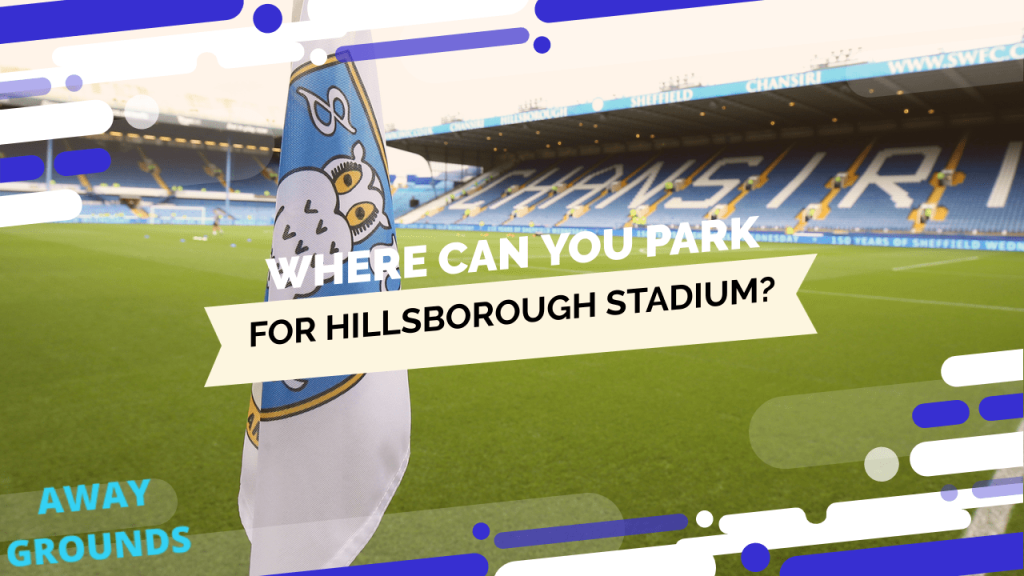 At the ground, there is the “Wednesdayite” car park located behind the Spion Kop, which is open to home and away fans. Some fans have recommended the “Park and Ride” service which operates from Meadowhall, near junction 34 of the M1. The tram ride to Hillsborough takes about 30 minutes.

Away Friendly Pubs near Hillsborough

Away friendly pubs near the ground are virtually non-existent. Many visiting fans have recommended pubs on the A61 for a pre-match drink, including The Red Lion and The Norfolk Arms. En route to the stadium from the city centre, The New Barrack Inn is reported to offer an excellent welcome to visiting fans. 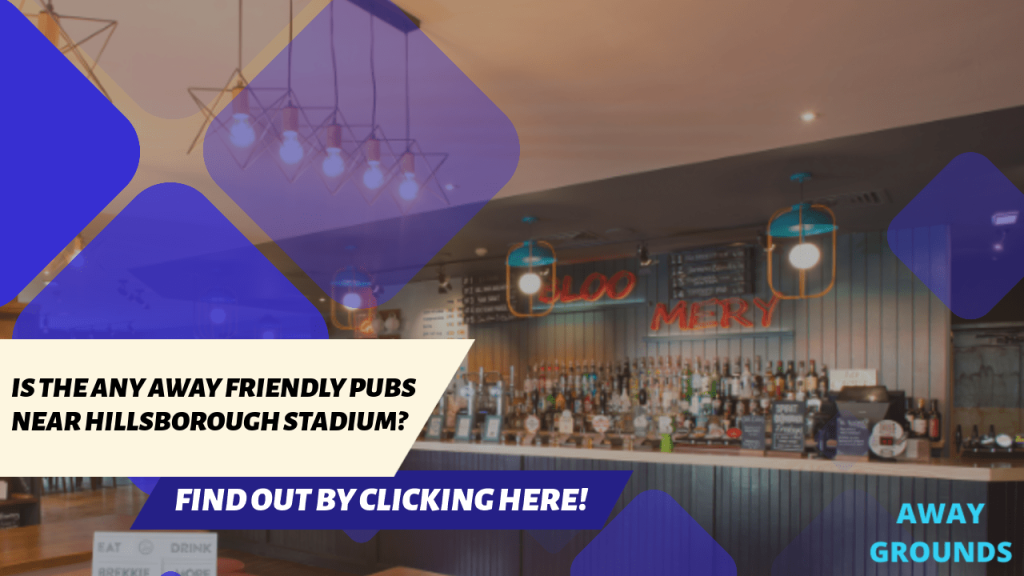 The New Bridge Inn, on Penniston Road, has also received several favourable reports. The Wadsley Jack and The Rose & Crown, both on Rural Lane, offer a warm welcome, but are a good 20-minute walk from the ground. No alcohol is available to visiting fans inside the ground.

The 3-star Jurys Inn Sheffield, 119 Eyre Street, Sheffield S1 4QW is a slightly cheaper alternative, but also offers a central location. It is fully air-conditioned, including public areas. Guests have found it excellent value for money. Nearby parking is available.

What have other Away Fans said about their trip to Hillsborough?

Generally, visiting fans have been impressed with Hillsborough, in terms of size, layout and character, though many have remarked that its age is beginning to show. However, most have found the seating spacious with excellent legroom, though a few supporting pillars can obscure the view of play. The majority of away fans have found the atmosphere inside the ground excellent, though this tends to vary from game to game. 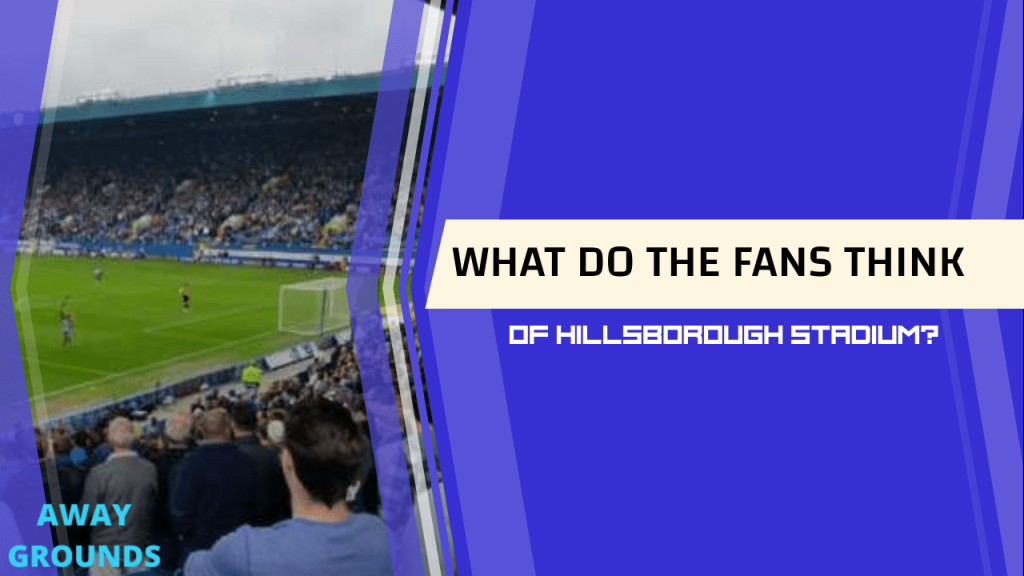 The major downside reported is the inadequacy of the catering facilities, which leads to enormous queues. The food served is reported to be of poor quality and many fans were disappointed by the club’s refusal to serve alcohol to visitors.

Hillsborough Stadium became home to Sheffield Wednesday in 1899. On September 2, 1899, they met Chesterfield in their debut match at their new stadium (5-1). The stadium was still known as Owlerton Stadium at the time.

In 1913, the stadium had a series of renovations, including the addition of a new main stand and terrace expansions. The stadium was nicknamed Hillsborough once the construction was completed in 1914.

Hillsborough’s record attendance was 72,841 for an FA Cup match between Wednesday and Manchester City in 1934.

A new North Stand, the second in England with a cantilever roof, was completed in the early 1960s. The Leppings Lane End and North West Corner were improved considerably in future years.

Hillsborough was one of the World Cup’s playing sites in 1966, hosting three group matches and the quarter-final match between West Germany and Uruguay (4-0).

In the decades that followed, few changes were made to the stadium, and its condition gradually deteriorated. In 1986, a roof was built over the Kop, which was the only apparent change.

The stadium was the site of a stadium disaster in 1989, which claimed the lives of 96 Liverpool supporters. A combination of bad crowd management, police control, and, to a lesser extent, inadequate safety precautions resulted in the deaths of the supporters.

The Taylor report was the result of the ensuing investigation into the causes of the tragedy, which was chaired by Lord Justice Taylor. Its proposals led to the change of all English stadiums to all-seater configurations and the elimination of perimeter walls, among other things.

Hillsborough was transformed to an all-seater stadium in the early 1990s, and it was one of the playing locations for the Euro 1996 tournament in 1996. Three group matches were held at the stadium.

Hillsborough’s effective capacity has gradually declined over time due to safety precautions, and no more than 33,800 tickets can be sold for any given match, though the club intends to expand this to above 36,000.

Getting Tickets for Hillsborough

Sheffield Wednesday tickets can be purchased online, over the phone at +44 (0) 871 900 1867, or in person at the stadium’s Ticket Office or Megastore.

If tickets are still available on game day, they can be purchased at the stadium’s ticket office. Wednesday’s crowds are usually among the highest in the Championship, although tickets for most games will be easy to come by.

Sheffield Wednesday has seven distinct pricing tiers for its home matches. Category G tickets, which are the cheapest, are £20.00 for all stands. Prices rise dramatically for category F matches, to between £27.00 and £33.00, and then rise by £3.00 for each category until category A matches cost between £42.00 and £49.00.

Traditional stadium with one of England’s great clubs, excellent atmosphere and great crowd usually. One of the last remaining great traditional stadiums. Trams available too so parking isn’t an issue

Just watched a game at Hillsborough, we bought seats centrally located in the north stand and the view was amazing!
I Always enjoy visiting this traditional stadium the atmosphere when Wednesday are winning is electric!

When did Hillsborough Stadium open?

Hillsborough Stadium opened on the 2nd of September 1899.

What is the capacity at Hillsborough Stadium?

The capacity at Hillsborough Stadium is 39,732.

The owner of Hillsborough Stadium is Dejphon Chansiri.

Which is the away end at Hillsborough?

Away supporters are usually seated on the upper deck of the West Stand (Leppings Lane) end of the stadium.

What is Hillsborough away end capacity?

The capacity in the away end at Hillsborough Stadium is 3,700. 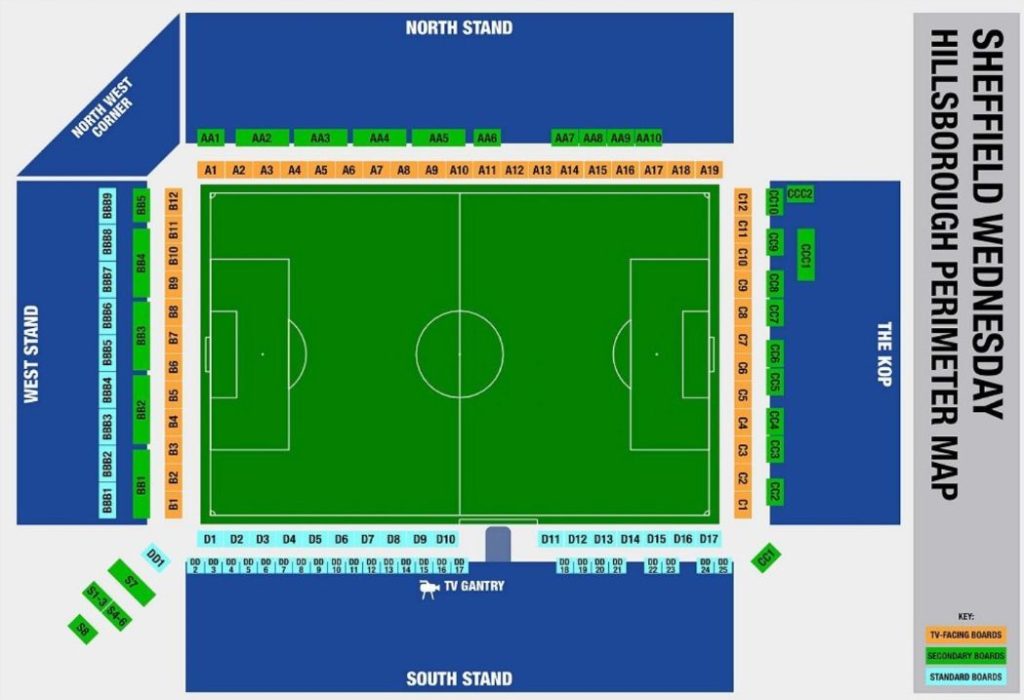 Hillsborough Stadium hosts not only football but also meetings, conferences, weddings, and more. This stadium could be the perfect location to hold your event with the spectacular views of the pitch.

Thank you for reading our Hillsborough Stadium guide, we hope you found all the information you needed.