Following promotion to League Two of the Football League, Morecambe FC took up residence in their superb new £12 million Globe Arena at Westgate for the start of the 2010/11 season, having spent nearly 90 years at their former Christie Park home.

The new stadium, named after its builders, Globe Construction, has a capacity of 6,500, with seating for 2,173 in the Main Stand, along one side of the pitch.

Internal facilities on the 3 floors of the Main Stand include advanced changing, first aid, gym and office facilities for players and management, along with a bar, club shop and reception area for public use. The 2nd floor incorporates 5 private boxes, a sponsors’ lounge and directors’ lounge, all with private catering facilities. Opposite the Main Stand is an uncovered terrace, with a capacity of approximately 600, which should give the new ground a similar feel to Christie Park.

Behind the goals, at either end of the pitch are the home and away stands. The former has a standing capacity of just over 2,200 with bar / catering outlets in a large, enclosed concourse to the rear. The latter has a capacity of 1,389, also with its own bar / catering outlet. A community block in the northeast corner of the ground houses a gymnasium and a ticket office for away supporters. Additionally, the new stadium will have extensive “all weather” pitches available for hire, catering for basketball, football, hockey, netball and volleyball.

How to get to the Globe Arena

The Globe Arena is located on Christie Way, Westgate, Morecambe LA4 4TB. Drivers arriving from the South should exit the M6 motorway at junction 34, picking up the A683 towards Lancaster and subsequently the A589 towards Morecambe. Go straight on at the next two roundabouts, passing a McDonalds on the left hand side. At the next roundabout, take the 1st exit to Westgate. The Globe Arena is on the right approximately a mile along this road.

It is well worth noting that Lancaster can often be a particular traffic bottleneck, so drivers are advised to allow plenty of time to reach the ground from the motorway. Away fans driving from the North can follow the directions above. Alternatively, exit the M6 at junction 35, following signage for Morecambe. Follow the A6 as far as Bolton-le-Sands, turning right at the traffic lights, continuing to follow signs for Morecambe. Upon reaching the promenade, continue for a further mile and turn left at the Broadway Hotel. Go straight on at the small roundabout and take the 4th exit at the subsequent larger roundabout. The Globe Arena is visible after a further mile or so.

Morecambe railway station, served by trains from Lancaster, is about a 25 minute walk away from the ground. Walk along the platform and follow the bicycle / walking signs around the end of the railway line. Click here to check the current train timetables 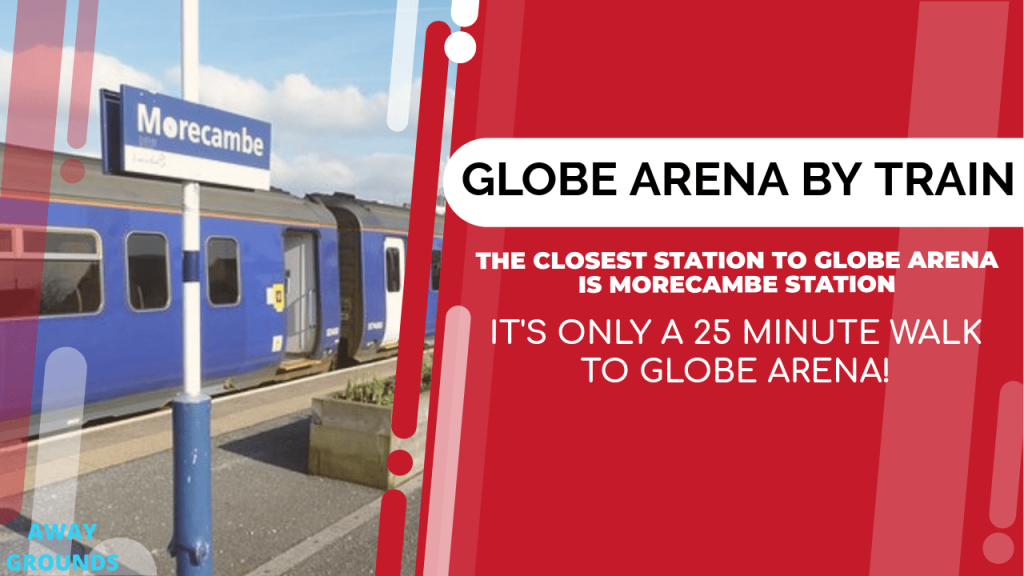 Continue until reaching West End Road. Cross the road, go down Acre Moss Lane and follow this into Buckingham Road. Upon reaching Westgate, turn left across the bridge and the Globe Arena is some 200 yards further on.

The nearest airport to the Globe Arena is Blackpool International, at a distance of 40 miles, although Manchester and Liverpool John Lennon airports (both about 70 miles away) may prove more convenient for travellers. Click here to check the current flight times

There are several taxi companies in Morecambe that can take you to and from the Globe Arena. You can always prebook a private hire taxi, or hail a black cab on any highway.
Calling all Morecambe Taxi Companies – Why not advertise your company here?.

There is plenty of free parking available at the Globe Arena. 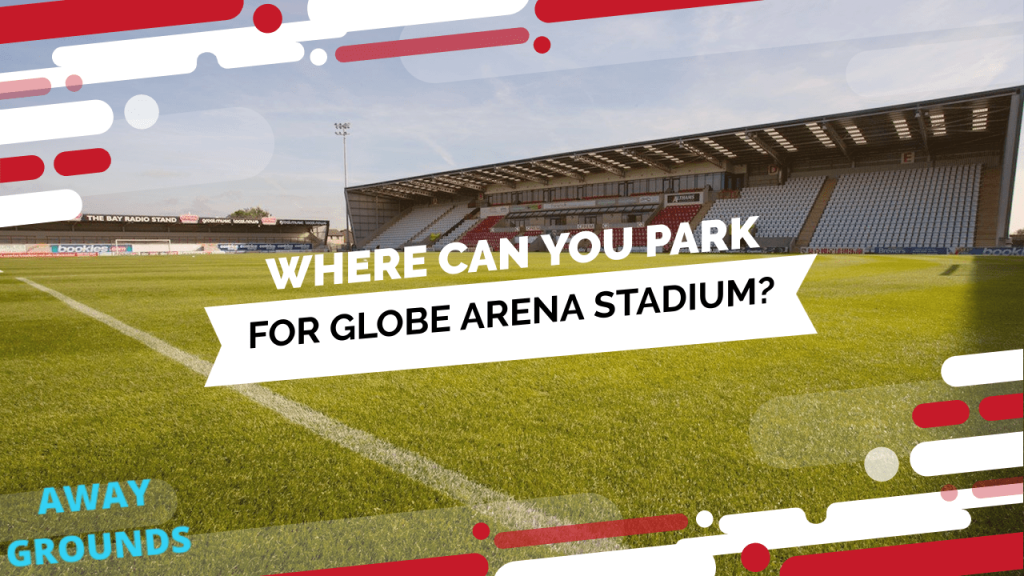 Away Friendly Pubs near the Globe Arena

With doubts surrounding the “away friendliness” of pubs near the Globe Arena, visiting fans seem likely (initially, at least) to rely on favourite haunts near the old Christie Park, including the popular York Hotel on Lancaster Road, the Smugglers Den on Poulton Street and the numerous bars near the seafront. 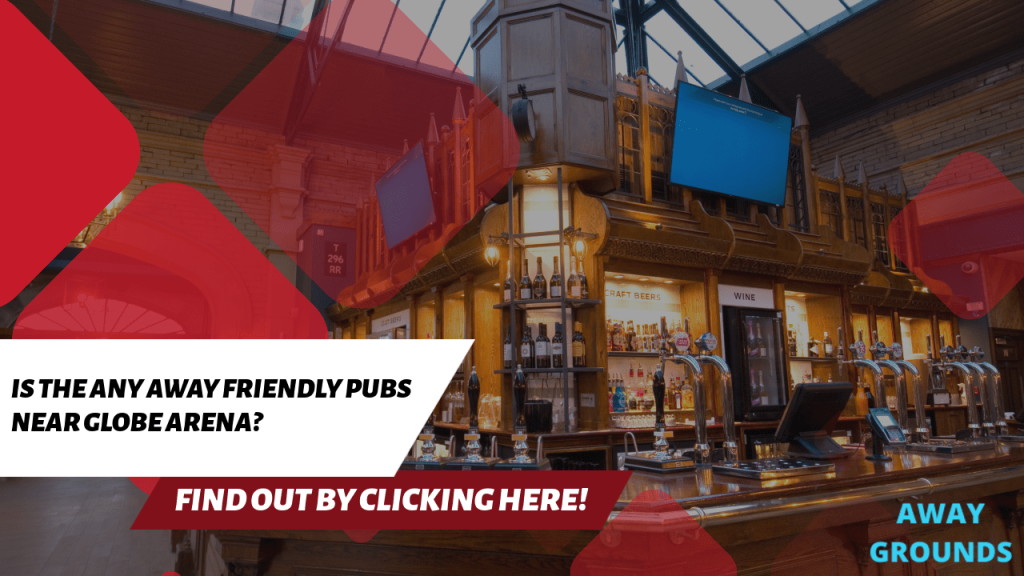 Additionally, nearby Lancaster is renowned for its range of pubs and ales. Lancaster establishments that have received good reports include the White Cross, the Penny Bank and especially the Sun Hotel and the Borough.

Hotels near the Globe Arena

Which is the away end at Globe Arena?

The East Terrace is where the away supporters are located at Globe Arena.

What is Globe Arena away end capacity?

The away stand at Globe Arena holds up to 1,389 away fans.