The Alexandra Stadium is all-seater, with a capacity of just over 10,000. It was built in 1906 and redeveloped from the 1990s onwards. The 2000 opening of the £5.5 million Air Products Stand, with seating capacity for 6,776 greatly changed the small, homely feel of the ground. The other three stands are covered and all-seater- but substantially smaller.

The newest of these smaller stands is the AB Nutrition Stand (previously known as the Gresty Road End), which is the home end of the ground. This replaced an open terrace and seats around 900. Opposite is the Wulvern Homes Stand, which was previously known as the Railway End. This has some executive boxes at the rear, but the seating area is only opened for the “higher profile” games. Away fans are housed in the Blue Bell BMW Stand at the side of the ground opposite the Air Products Stand.

How to get to the Alexandra Stadium

Drivers arriving from the North should exit the M6 at junction 16, following the A534 towards Crewe and Nantwich. After about 6 miles, Gresty Road is the first left after the railway station.

The ground is within a few minutes walk of Crewe mainline station. On exiting the station, turn left and the Alexandra Stadium soon becomes visible on the left. 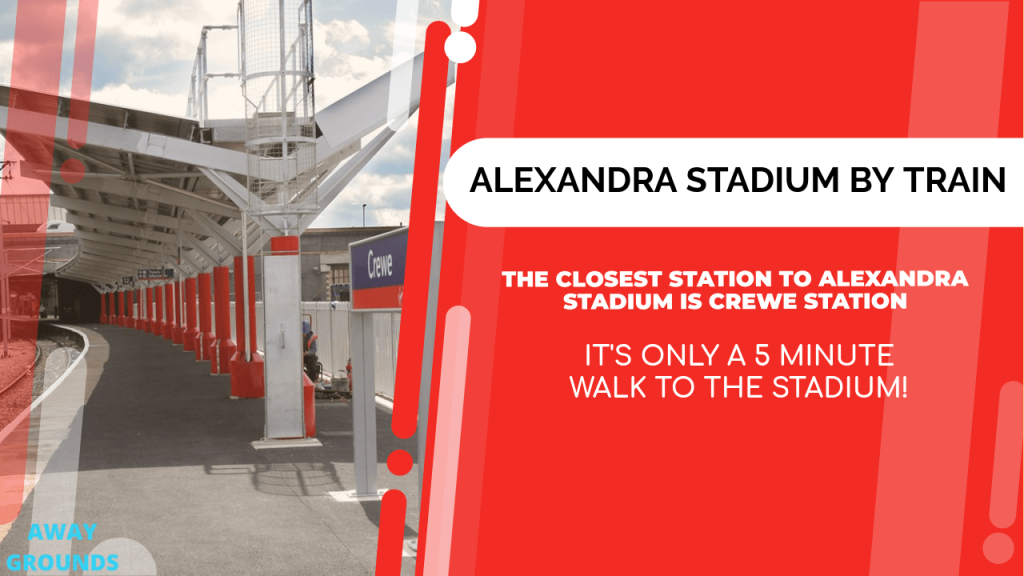 The nearest airport is Manchester, some 20 miles away. Regular, direct rail connections to Crewe are available, with a journey time of 35 to 40 minutes. Click here to check the current flight times

There are several taxi companies in Crewe that can take you to and from the Alexandra stadium. You can always prebook a private hire taxi, or hail a black cab on any highway.

Calling all Crewe Taxi Companies – Why not advertise your company here?.

At the ground, there is a “Pay and Display” car park behind the Air Products Stand, but this fills very quickly. 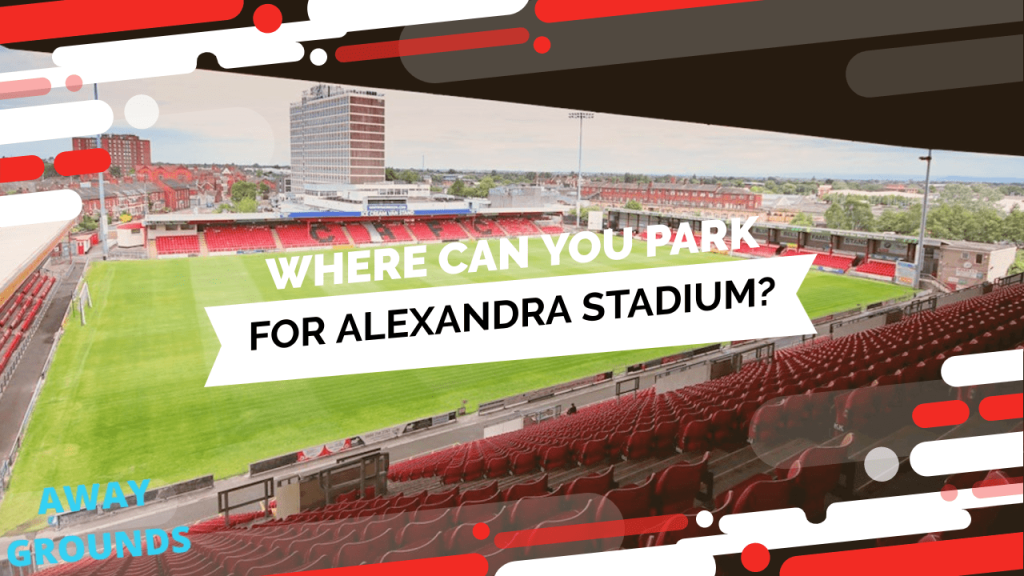 However, on-street parking is available on the industrial estate just off Weston Road, which is no more than a 10-minute walk to the ground.

Away Friendly Pubs near the Alexandra Stadium

The Royal Hotel, on Nantwich Road, near the railway station appears to be a favourite with visiting fans. There are separate bars for home and away supporters and the away, Irish-themed bar provides a warm, friendly welcome, with Sky Sports on a big screen. The nearby British Lion has received favourable reports from fans of real ale. 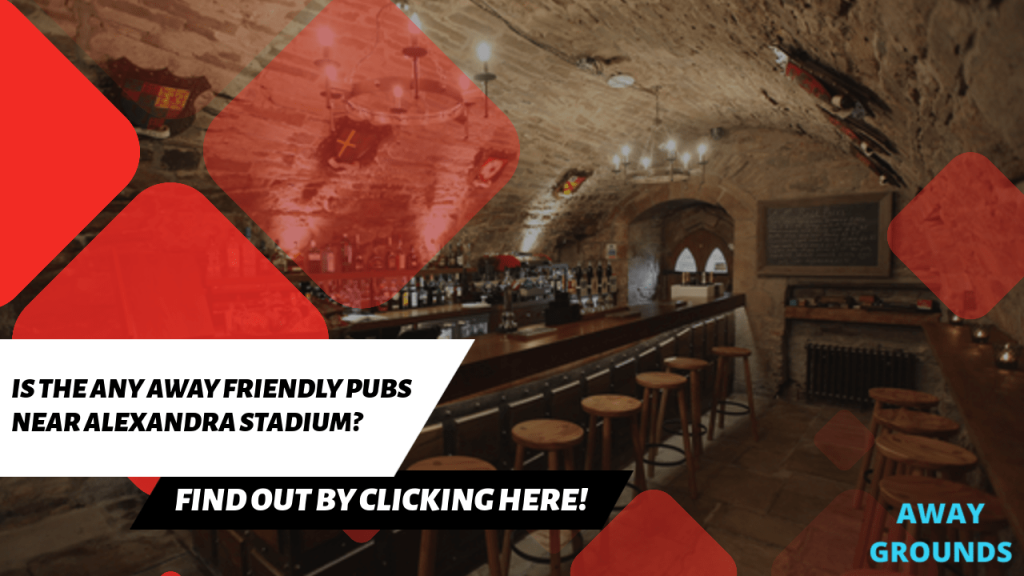 Away fans parking on the industrial estate off Weston Road (see above) have recommended the Brocklebank, which is en route to the ground. This pub extends a friendly welcome to visitors and offers large-screen Sky Sports. Parking is also available. For early arrivals, the supporters club at the ground allows entry to small numbers of away fans.

Below is the Crewe Alexandra stadium plan: 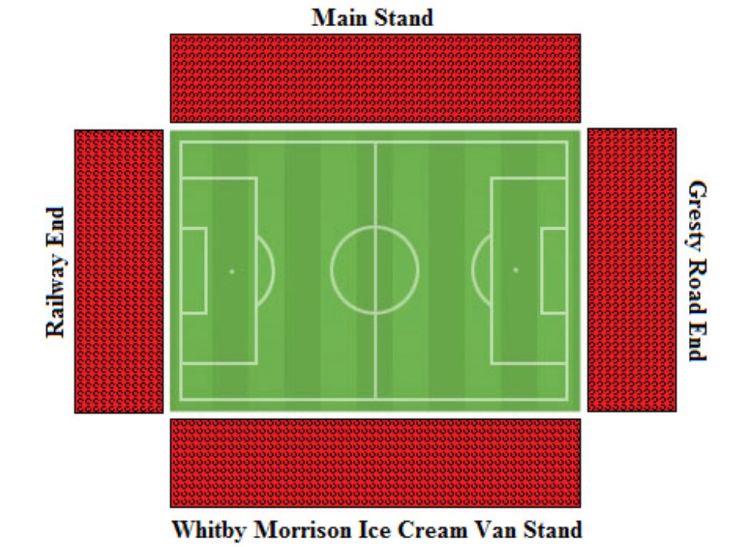 Hotels near the Alexandra Stadium

The Ramada Crewe, Macon Way, Crewe, Cheshire CW1 6DR is a centrally-located (within ½ mile of the ground) modern, purpose-built hotel with well-appointed, stylish rooms. It is designed to meet the latest standards in 4-star accommodation and boasts all the latest amenities.

What have other Away Fans said about their trip to the Alexandra Stadium?

Most visiting fans appear to have enjoyed their trip to the Alexandra Stadium, reporting a friendly, relaxed attitude from the home fans and stewards. However, several visitors have pointed out that the atmosphere can be a little “flat,” despite the efforts of a drummer amongst the home fans. 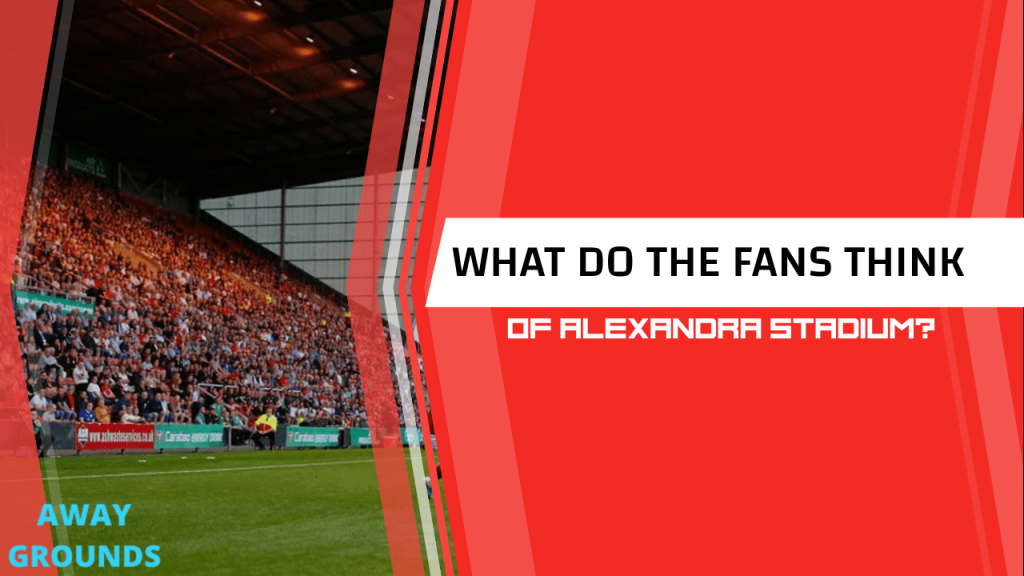 Catering facilities are reported as good, with a variety of pies, pasties and burgers on offer. The only real downside appears to be the supporting pillars in the Blue Bell BMW Stand, which can spoil the view of the playing action.

Which is the away end at Alexandra Stadium?

The Whitby Morrison Ice Cream Van Stand is home to away fans at the Alexandra Stadium.

What is Alexandra Stadium away end capacity?

The away stand at Alexandra Stadium can hold up to 1,680 fans.