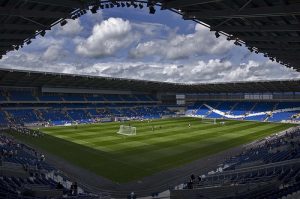 Following 99 years at their nearby Ninian Park ground, Cardiff City FC took up residence at a new stadium for the start of the 2009-10 season.

Despite receiving approval from Cardiff council and the Welsh Assembly by September 2003, due to financial constraints, work did not get underway on the £48 million new stadium until September 2007. The stadium occupies the site of the former Cardiff Athletics Stadium and forms part of the larger Leckwith Development.

Three of the stands at the new ground are called the Grange End, Canton Stand and the Grandstand, replicating their equivalents at Ninian Park. The other stand, the equivalent of Ninian Park’s Bob Bank, is called the Ninian Stand. The completed 60-acre development will cost in excess of £100 million and include a new international sports stadium, major retail development and a 70-room hotel. The Ninian Park ground has been sold for redevelopment.

How to get to the Cardiff City Stadium

Drivers arriving from all routes should exit the M4 at junction 33, taking the A4232 towards Penarth. Leave the A4232 at the 2nd exit after about 6 miles, signposted “Cardiff City Stadium.” At the roundabout, take the 1st exit onto Leckwith Road and the ground is on the right. 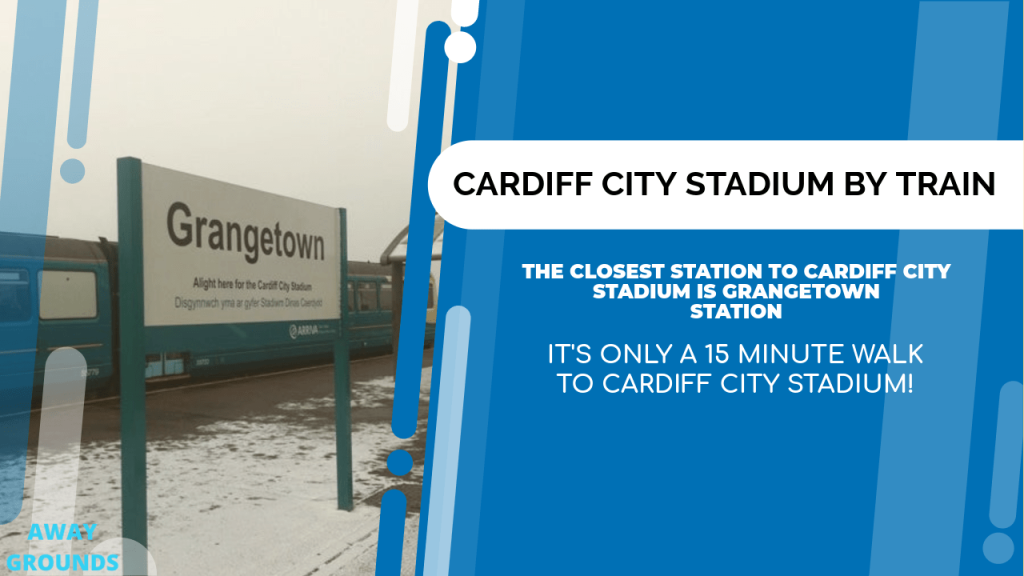 On exiting the station, turn left, cross the main road and turn right into Sloper Road. At its end, turn left into Leckwith Road for the ground. Alternatively, there are regular buses to the ground from Cardiff Central Bus Station, which is adjacent to Cardiff Central railway station. Services X91 and 95 run throughout the day and evenings, stopping near the stadium, in Hadfield Road. Taxi services can be found outside the train station. Click here to check the current train timetables

Cardiff International airport is about 9 miles from the ground. Hourly rail and bus links are available to Cardiff Central station, with a journey time of about 35 minutes. Click here to check the current flight times

There are several taxi companies in Cardiff that can take you to and from the Cardiff City Stadium. You can always prebook a private hire taxi, or hail a black cab on any highway.

Calling all Cardiff Taxi Companies – Why not advertise your company here?.

Car parking at the new stadium is very limited for visiting fans, with only about 100 spaces available for cars. 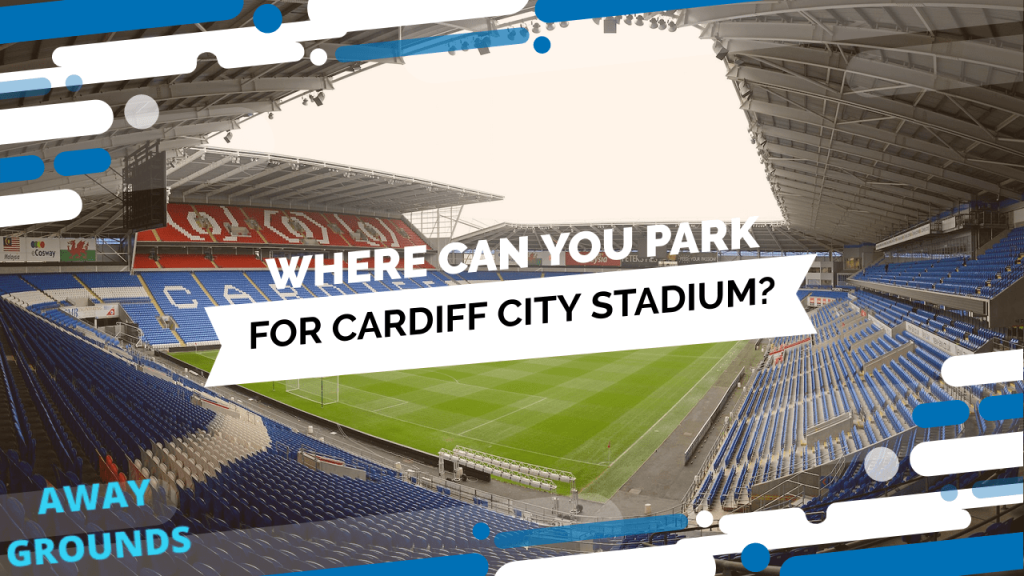 It seems best to park in the city centre and use public transport to get to the ground.

Away Friendly Pubs near the Cardiff City Stadium

Visiting fans have found pubs near the old Ninian Park ground very intimidating and most advise a pre-match drink in the city centre. The exception is the Lansdowne Hotel, on Beda Road, in the Canton area of Cardiff. This is the “traditional” pub for away fans and is only a 15-minute walk from the ground. 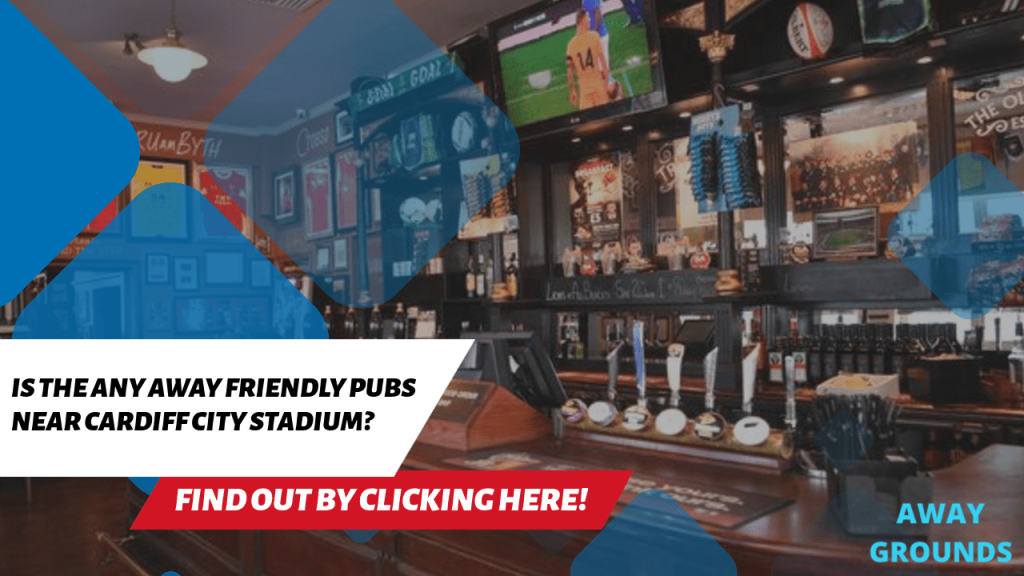 It offers a friendly welcome, a wide selection of draught ales / lagers and large-screen Sky TV, but does get very busy on match days.

The Cornwall Hotel, in Cornwall Street, within ½ mile of the ground, has received good reports from fans of real ale.

Hotels near the Cardiff City Stadium

The Copthorne Hotel Cardiff, Copthorne Way, Culverhouse Cross, Cardiff CF5 6DH is ideally located, within 4 mile of Cardiff city centre and about midway between junction 33 of the M4 and the Cardiff City Stadium. Hotel facilities include a leisure club with swimming poll and aerobic studio. Guest reviews indicate a friendly atmosphere and excellent value for money. 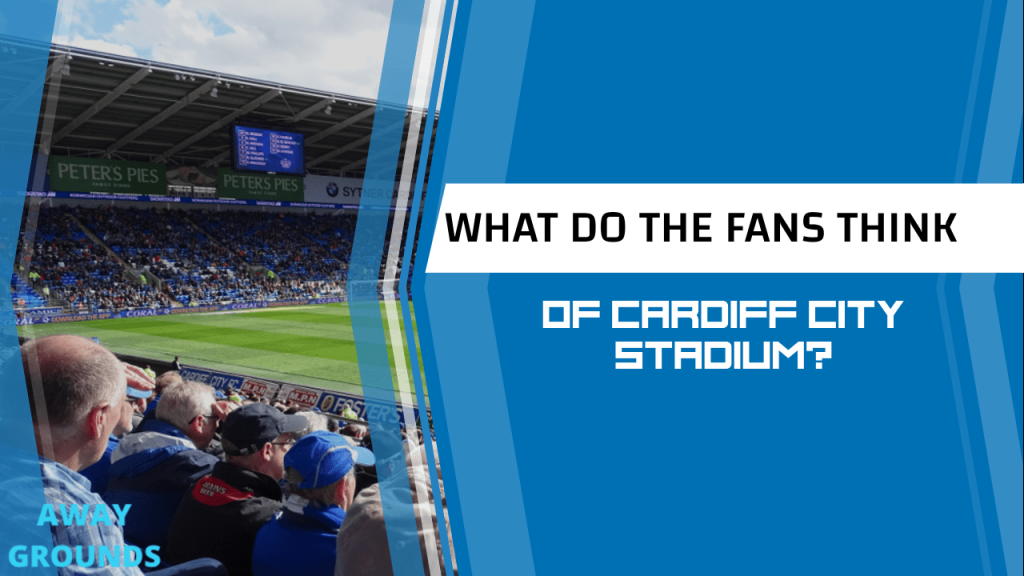 For visitors with no budgetary concerns, the Hilton Cardiff, Kingsway, Cardiff CF10 3HH is a luxurious 5-star hotel is located in the heart of Cardiff city centre, overlooking Cardiff Castle and City Hall. With spectacular views over the castle and close to the Millennium Stadium, the Hilton Cardiff is just a 2-minute walk from Queen Street, Cardiff’s main shopping and business centre and has over 600 shops nearby. The hotel is just a short distance from Cardiff Central Station. Guest reviews note efficient, helpful staff.

On the 22nd of July 2009, Cardiff City Stadium hosted a friendly match between Cardiff City and Celtic. It replaced Cardiff’s original ground, Ninian Park, which had become seriously outdated by the early 2000s.

The plans for a new stadium were authorised in 2005, but due to the club’s financial difficulties, work did not commence until 2007.

Cardiff City Stadium has lately hosted a number of Wales national team internationals as the Millennium Stadium was considered too large for the event.

Cardiff announced plans to expand capacity to just under 33,500 seats by building a second deck to the Ninian Stand in 2013, following the club’s promotion to the Premier League. Despite the club’s relegation at the end of the previous season, construction continued and was completed in time for the 2014-15 season.

The UEFA Super Cup was held in Cardiff City Stadium in 2015, with Real Madrid winning the Champions League and Sevilla winning the Europa League (2-0).

Getting Tickets for Cardiff City Stadium

If tickets are still available on match day, they can be purchased at the ticket office. In the Championship, Cardiff rarely sells out, but in the Premier League, they do so frequently. 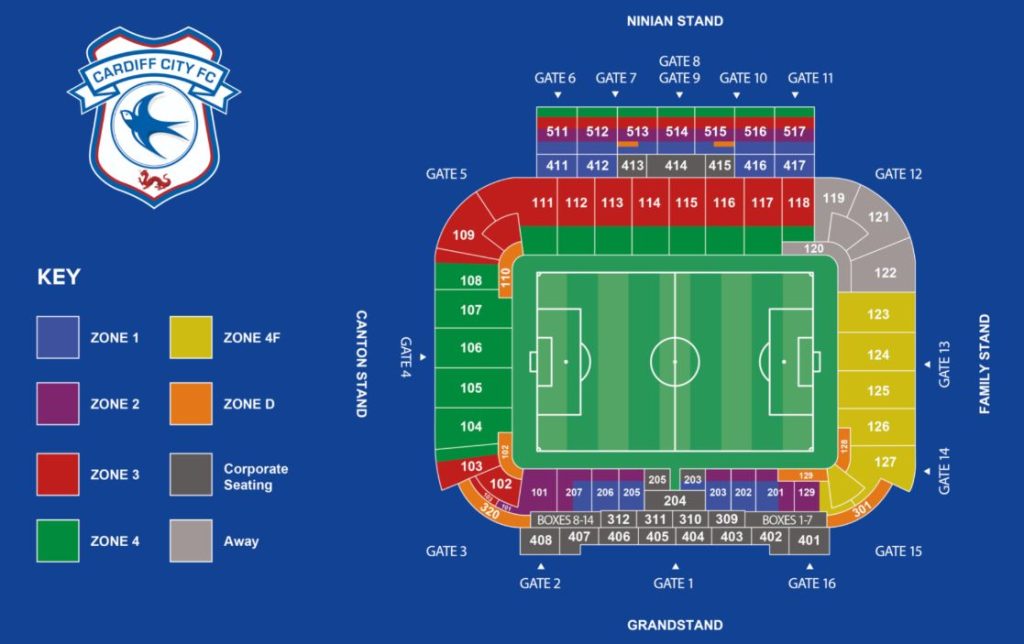 Cardiff City Stadium, home of Cardiff City Football Club, is a premier conference and event venue in South Wales, combining first-class amenities with the spectacle of the country’s second-largest stadium.

Whatever the occasion, their location provides event halls and function rooms with flexible layouts, modern amenities, and spectacular views of the pitch.

Attended a European match here between Wales and Ireland. The place was rocking, the fans were great, the stadium was nice. Absolutely electric.

The stadium is modern and up-to-date with its interior decor. It would make for an excellent venue with clean toilets and a fantastic view of the football pitch. If you were deciding on booking a place for a business conference I would highly suggest it.

What is the capacity at Cardiff City Stadium?

The capacity at Cardiff City Stadium is 33,280.

When did the Cardiff City Stadium open?

The Cardiff City Stadium opened on the 22nd of July 2009.

What is Cardiff City Stadium away end capacity?

The Cardiff City Stadium away end capacity is around 1,800.

Which is the away end at Cardiff City Stadium?

Away fans at Cardiff City Stadium can be found on one side of the Grange Stand and at the Ninian Stand’s corner.

Thank you for checking out our guide for Cardiff City Stadium. We hope our information was helpful to you.