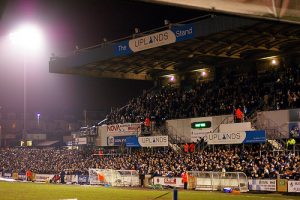 Bristol Rovers moved to the Memorial Stadium in 1996, purchasing the ground from Bristol Rugby Club two years later. The Westside is occupied by the DAS Stand, which runs for about half the length of the pitch, straddling the halfway line. It is predominantly terraced, topped by a row of hospitality boxes fronted by a few rows of seats. The opposite is the taller Uplands Stand.

This has covered seating to its rear and terracing at the front. It has open terraces to either side, one of which is allocated to away supporters. On the Northside, towards the Bass End, is a small covered terrace used as a family area, whilst the other side has a small covered area of temporary seating, called the Guinness Stand. Behind one goal is the unusual-looking Becks (South) Stand. This was originally erected as a temporary stand, to fill the previously empty end. The stand only runs for just over half the width of the pitch, has several supporting pillars running across the front and has been nicknamed the “tent” by home supporters.

The club originally had planning permission for a complete redevelopment of the ground, but this was delayed by financial difficulties. However, the club have now submitted plans for a brand new stadium on the outskirts of Bristol, and hope to complete in time for the 2014/15 season.

How to get to the Memorial Stadium

Drivers coming from North, East and West should exit the M4 at junction 19, joining the M32 for 2 miles as far as junction 2. Exit the motorway, taking the 3rd exit at the roundabout and following signage for Horfield, Southmead and the Memorial Stadium. Continue along Muller Road for 1½ miles, turning left at the light-controlled crossroads into Filton Avenue where the ground is immediately on the left.

From the South, exit the M5 at junction 16, joining the A38 towards Filton. Follow the A38 for about 4½ miles, turning left at the lights into Filton Avenue.

The nearest railway station is Filton Abbey Wood, which is approximately 1½ miles and a 25-minute walk from the ground. However, most rail travellers are likely to arrive at Bristol Parkway station. 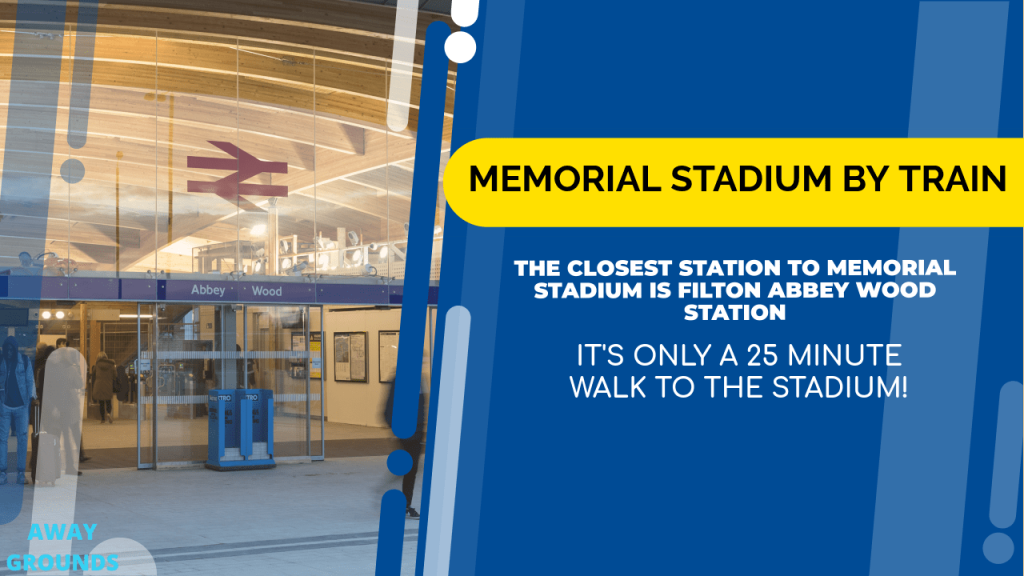 Bus services 73 and 74 run past the stadium. Click here to check the current train timetables

The nearest airport is Bristol, at a distance of some 9 miles. The “Bristol International Flyer” offers an express bus link to Bristol city centre, with a journey time of about 30 minutes. Click here to check the current flight times

There are several taxi companies in Bristol that can take you to and from the Memorial Stadium. You can always prebook a private hire taxi, or hail a black cab on any highway.

Calling all Bristol Taxi Companies – Why not advertise your company here?.

Parking directly around the ground is limited due to its residential setting. 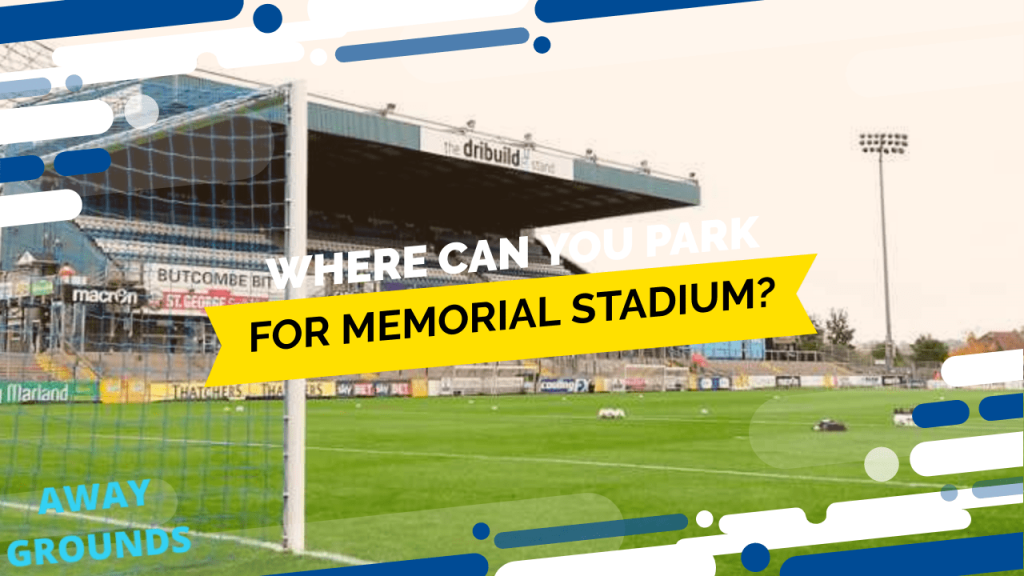 However, nearby street parking is available on Muller Road, Gloucester Road and several others in the same area.

Away Friendly Pubs near the Memorial Stadium

Reports suggest that away fans should avoid the John Cabot pub in Gloucester Road. The nearby Victoria pub offers a congenial mix of home and away fans, but is quite small and gets very crowded. The Annexe Inn, on Nevil Road is also recommended, with a range of real ales on tap. 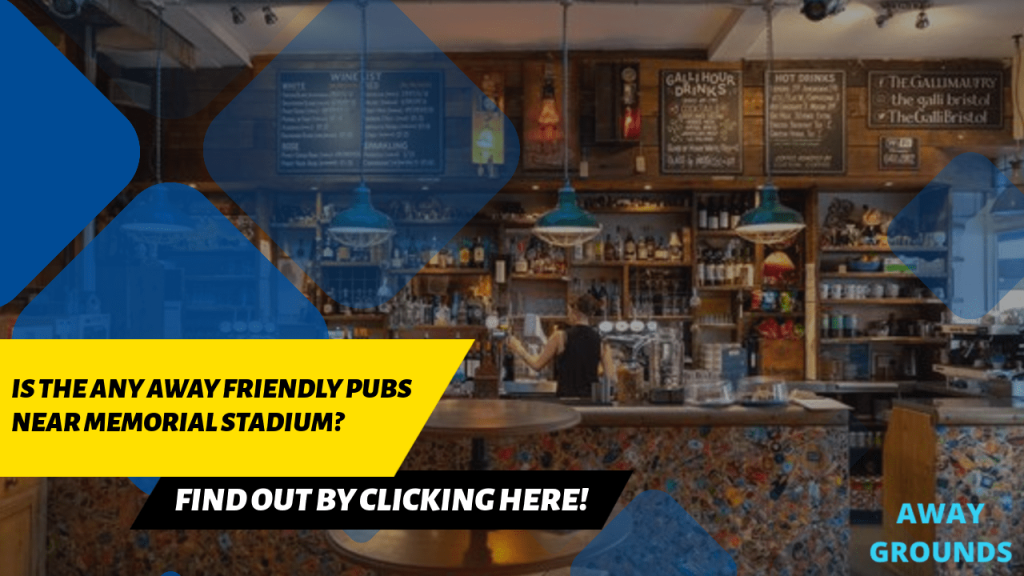 About a 10-minute walk from the ground, it can be found by following signs for the County Cricket ground.

Hotels near the Memorial Stadium

The 4-star Bristol Marriott Hotel City Centre, 2 Lower Castle Street, Old Market, Bristol BS1 3AD is located in the heart of Bristol, within 2 miles of the Memorial Stadium and close to all the city’s attractions. Guest reviews suggest that it offers spacious accommodation and modern facilities, with air conditioning and a mini bar in all rooms.

What have other Away Fans said about their trip to the Memorial Stadium?

Several fans have encountered difficulties in getting into the ground as it only has one entrance, shared by both home and away fans. Many visitors have been disappointed by the poor condition of the away section, though views of the playing action are reported good. 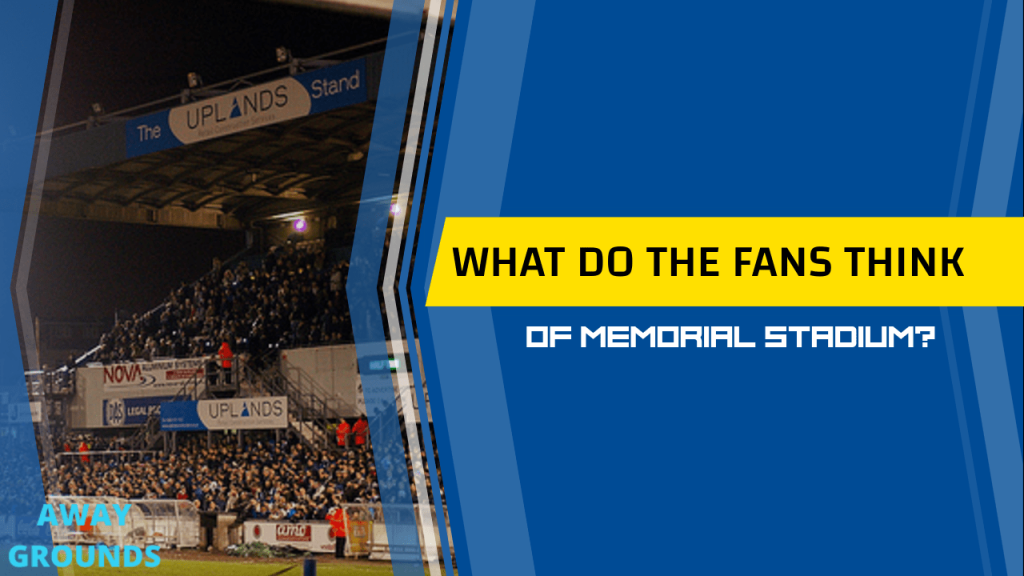 There is little vocal support from the home supporters, so the general atmosphere within the ground is poor. Catering facilities are described as adequate, but toilets, consisting of hired cubicles, have been described as very dirty and unpleasant. On the upside, stewards appear to be friendly and helpful.

It is a small and not very modern stadium but hosts some great football and always provides a good atmosphere. 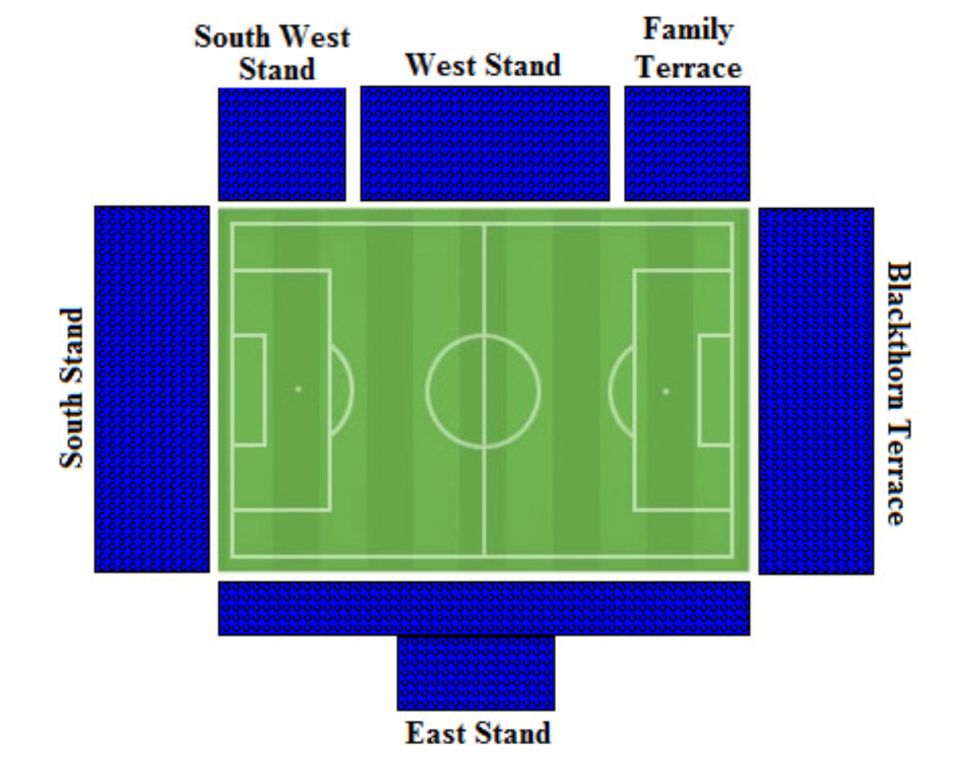 The Bristol Bears play their home games at the Memorial Stadium, which has been a rugby stadium for most of its history.

The stadium first opened its doors on September 24, 1921. For much of its history, it was supported by wooden stands. Bristol Rugby constructed numerous additional stands in the 1980s and 1990s.

Bristol Rovers moved to the Memorial Stadium in 1996 after spending the majority of their history in Eastville, which they had to leave due to financial troubles in 1986. In 1996, after a ten-year exile playing in Bath, the club reached an arrangement with Bristol Rugby to share the Memorial Stadium.

The club made many attempts to refurbish the Memorial Stadium throughout the years, but in 2011 announced plans to relocate to a new venue at the University of the West of England. This stadium, known as UWE Stadium, would have a 20,000-seat capacity, however, plans were shelved in 2017 due to a disagreement with Sainsbury’s, who planned to build a shop on the site of the Memorial Stadium.

Since then, plans have changed to redevelop Memorial Stadium once more.

The Memorial Stadium includes uniquely designed rooms to provide exceptional facilities that combine comfort, style, and quality, making it an ideal setting for any event.

Whatever your requirements, their experienced conferencing and events staff will give you a bespoke service, experience, and catering in a unique Bristol site.

They host a variety of events, including the following:

Bristol Rovers tickets can be purchased online or at the stadium’s club office.

On the day of the match, tickets can also be purchased at the stadium.

Which is the away end at Memorial Stadium?

The East Stand is home to the majority of visiting away spectators at Memorial Stadium.

What is Memorial Stadium away end capacity?

At the Memorial Stadium, up to 1,100 away spectators can be accommodated.