Bloomfield Road, named after the road on which its main entrance used to stand, has been the home of Blackpool F.C. since 1899.

In the early 2000s, the South and West Stands were demolished to make way for new stands.

The West Stand was replaced by the new Sir Stanley Matthews Stand, the ground’s main stand. Delays in the construction of a new South Stand reduced the capacity of the stadium to an all-seated 9,650, a problem that was hastily resolved due to Blackpool’s promotion to the Premier League, and after playing their first two games of the season away from home, the new four-sided Bloomfield Road, with a capacity of 16,700 opened it’s doors for Premier League Football with a 2-2 draw against Fulham on 28th August 2010.

How to get to Bloomfield Road

Drivers travelling to Bloomfield Road from both North and South are advised to follow the M6 as far as junction 32, exiting onto the M55 towards Blackpool. After about 13 miles, pick up the A5230 as far as the first roundabout, taking the 2nd exit onto Yeadon Way. At the second roundabout (about 2 miles), take the 2nd exit onto Parkinson Way.

Having passed through one roundabout, turn right into Waterloo Road, left into Central Drive and left again into Seasiders Way. The ground is situated on the left.

The nearest railway station is Blackpool South, a 10-minute walk from the ground. However, Blackpool North station, about 2 miles from Bloomfield Road is served by more trains. 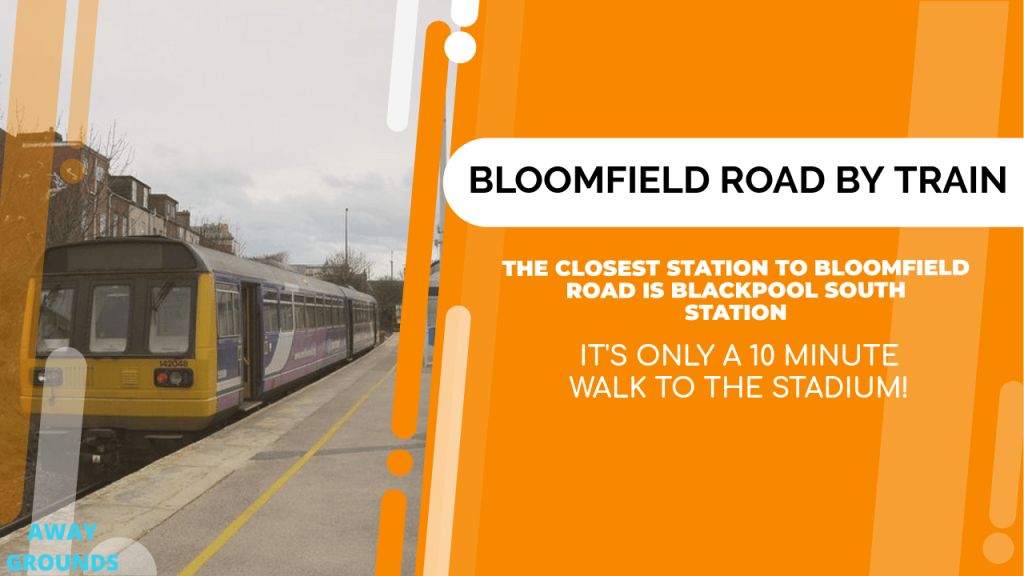 Visiting fans arriving at Blackpool North are advised to take a taxi to the ground or the regular no. 11 bus from the bus station opposite. Click here to check the current train timetables

Blackpool International Airport is located within a few minutes of the town centre, with excellent public transport links. Click here to check the current flight times

There are several taxi companies in Blackpool that can take you to and from Bloomfield Road. You can always prebook a private hire taxi, or hail a black cab on any highway.

Calling all Blackpool Taxi Companies – Why not advertise your company here?. 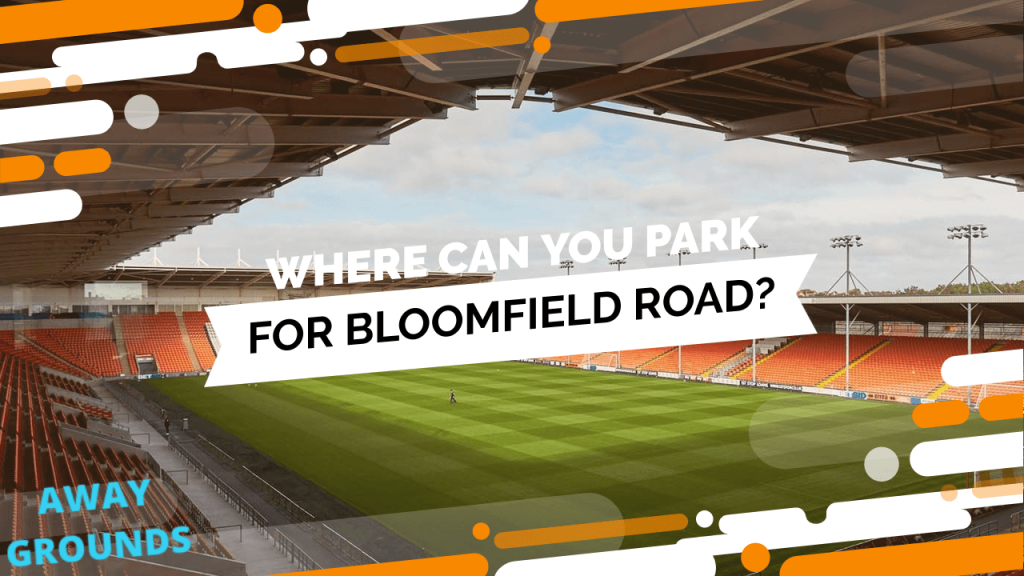 Visitors should note that, unlike many, these car parks continue to charge after 6 p.m. and several away fans have picked up parking tickets.

Away Friendly Pubs near Bloomfield Road

Many visiting fans have recommended Blackpool town centre for away friendly pubs. Recommended venues include The Auctioneer, near Blackpool South station, serving cheap beer and excellent food, and The Albert and the Lion, a Wetherspoons pub near to the Tower. A little closer to the ground, The Swift Hound pub, in Festival Park offers a great atmosphere, with home and away fans mixing freely. 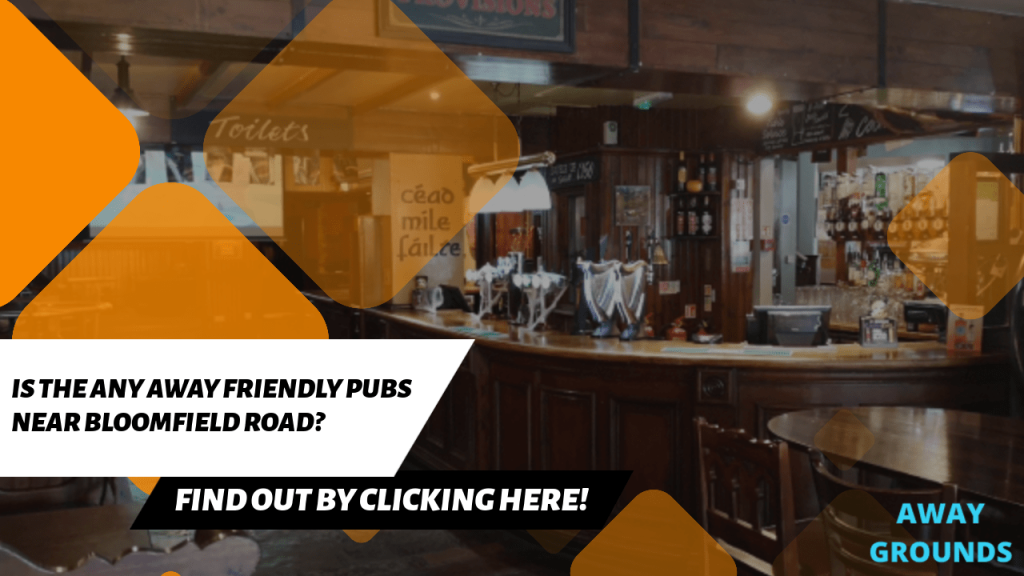 For families, The Waterloo is recommended. It is comfortable and friendly, with large-screen Sky TV and serves good, reasonably-priced food. There is a working men’s club, known as the No. 1 Bar, adjacent to the away entrance. Away fans are welcome and will be admitted on payment of a small fee.

The 4-star Hilton Blackpool, North Promenade, Blackpool FY1 2JQ may appeal to visitors for whom budget is not a consideration. Situated on the North Promenade, just a mile from the town centre, recent renovations have led to this hotel receiving top marks from visitors. All rooms are air-conditioned, while facilities include indoor pool, steam room and sauna.

What have other Away Fans said about their trip to Bloomfield Road?

The major disappointment previously reported by fans visiting Bloomfield road was the lack of a South Stand. The temporary East Stand offered only the most basic facilities and left supporters exposed to the elements. Thankfully this is no longer a concern, and the leg room is reported as satisfactory and the view of play is generally good. 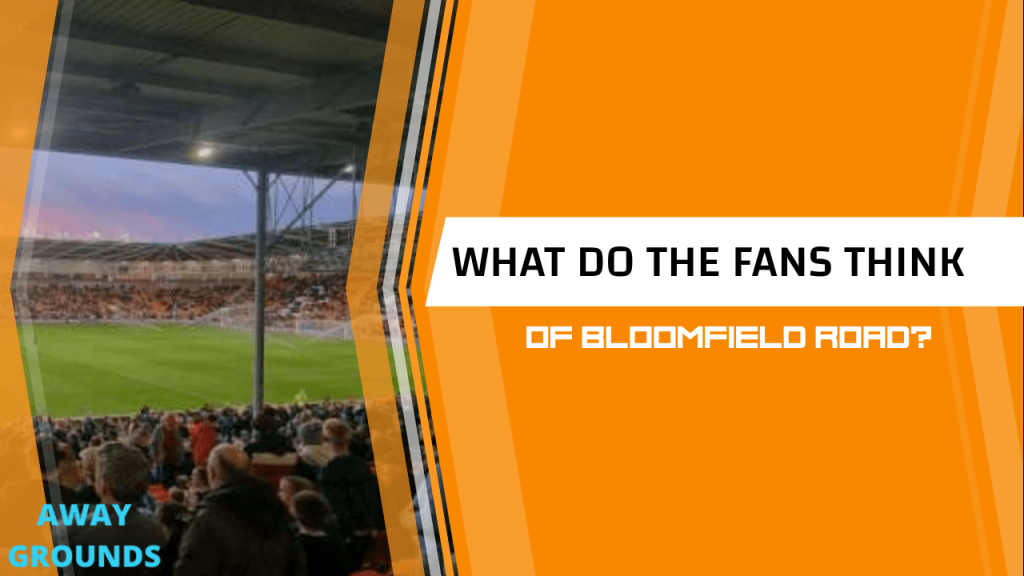 However, numerous visitors have reported that the East Stand is very cold and blinding sunlight can impede the view. Many away fans have also found the atmosphere within the ground poor, with very little noise from the home fans. On the plus side, visitors have reported the limited facilities to be clean and tidy, with club staff and stewards offering an excellent, helpful welcome.

Bloomfield Road was the site of the inaugural football game in 1887. The first basic stadium was built in 1899, with the first match between South Shore FC and the 1st South Lancashire Regiment taking place on October 21st of that year. South Shore FC and Blackpool FC would shortly unite.

Bloomfield Road was rapidly developed over the next few decades, eventually reaching a capacity of over 20,000 people by the mid-1920s. A new north terrace (Spion Kop) was completed in 1930, bringing the total capacity to a little over 30,000 people.

There were no further developments until the East Paddock was extended in 1954. The stadium could house 38,000 people during the mid-1960s, but this number was quickly decreased when some standing areas were converted into seats. The Spion Kop received (partial) cover at the same period.

Several projects to create a new stadium were launched, but none of them was successful. The club reversed course in 2000, presenting plans to renovate the old stadium. The Spion Kop and West Stand were removed and replaced with new stands a year later. The East and South Stands were removed in 2003, but no new stands were built at the time.

It took till 2010 to construct a new South Stand. The East End was occupied by temporary constructions that were gradually refurbished, most recently in 2011. 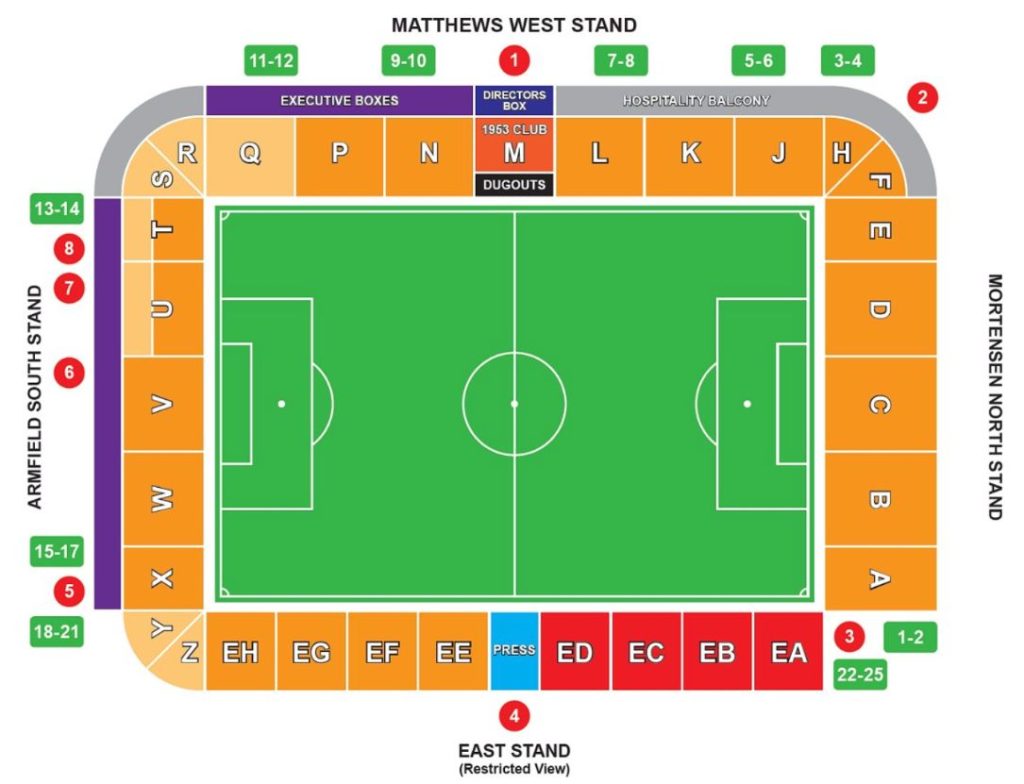 Which is the away end at Bloomfield Road?

Away fans are housed in the ‘temporary’ East Stand at Bloomfield Road.

What is Bloomfield Road away end capacity?

The away end capacity at Bloomfield Road’s away end is around 2,500.