The Liberty Stadium is an all-seater affair, with a capacity of 20,532.

For sponsorship reasons, it is named after Swansea-based developers, Liberty Property. Four, two-tiered stands completely enclose the pitch. The West Stand is slightly higher than the other 3, incorporating executive boxes on its upper tier.

Outside the ground, the South-West corner is graced by a statue of Ivor Allchurch, a Swansea legend who scored 164 goals in 445 appearances for the Swans. Away fans are housed in the North Stand at one end of the stadium.

How to get to the Liberty Stadium

Visiting fans driving from both North and South should follow the M4 as far a junction 45, exiting onto the A4067 towards Swansea city centre, signed “A4067 (South).” After about 2¾ miles, the stadium is visible on the left.

Swansea High Street Station is about 2 miles from the ground and is on the mainline from London Paddington. Walking to the Liberty Stadium takes a good ½ hour, but buses run approximately every 10 minutes and taxis are also available. Click here to check the current train timetables

The nearest airport is Cardiff, at a distance of some 30 miles. Regular rail connections to Swansea are available, though passengers will be required to change at Bridgend. Total journey time is about 1¾ hours. Click here to check the current flight times

There are several taxi companies in Swansea that can take you to and from the Liberty stadium. You can always prebook a private hire taxi, or hail a black cab on any highway.

Calling all Swansea Taxi Companies – Why not advertise your company here?.

The limited car parking at the Liberty Stadium is reserved for permit holders and “residents only” parking schemes operate around the ground. Many visitors have advised using the “Park and Ride” facility at Swansea Vale. This is well signed from the A4067, soon after leaving the M4. Separate buses are allocated for away supporters. These depart from outside the North Stand for the return trip. Any temptation to park in the nearby retail park should be avoided, as many visitors report picking up parking tickets.

Away Friendly Pubs near the Liberty Stadium

As soon as Swansea City gained promotion to the Championship, the Police instructed all pubs near the ground not to admit away fans. However, there are several away-friendly pubs in the city centre. Wind Street is popular, with Yates, the Bank Statement and the No Sign Bar all recommended, along with a large Wetherspoons on Kingsway. Swansea open their turnstiles a good hour before kick-off, giving away fans the option of drinking inside the ground.

Hotels near the Liberty Stadium

The Swansea Marriott Hotel (pictured left), SA1 3SS is a modern property overlooking the marina in Swansea’s recently developed Maritime Quarter, about 2 miles from the Liberty Stadium. Its rooms feature light, modern decor and some have views of the marina. Room amenities include air conditioning, satellite television, Internet access and a mini bar, while hotel facilities include a swimming pool and gym. The hotel has received consistently good guest reviews for comfort, cleanliness and service.ramada swansea

What have other Away Fans said about their trip to the Liberty Stadium?

Most visiting fans have been impressed by the Liberty Stadium, commenting on its modern looks and excellent facilities. Many away fans have been pleasantly surprised by the behaviour of the Swansea fans, despite their reputation.

Most visitors found them very vocal, but not intimidating, leading to a great atmosphere within the ground. There have been very few complaints from visiting fans, who noted the Swansea stewards as some of the best they have encountered, making their visit a thoroughly enjoyable experience

The Liberty Stadium replaced Swansea City’s old home, Vetch Field, which had hosted the club for over a century but had deteriorated to the point where its capacity had been reduced to just 11,000 seats by the turn of the millennium.

With the Ospreys, a local rugby team, also in need of a new stadium, a compelling case was presented, and building on the new stadium began in 2003.

On the 23rd of July 2005, Liberty Stadium hosted its debut game. Swansea City and Fulham drew 1-1 in a friendly match.

Swansea City intends to increase the stadium’s capacity to around 32,000 seats. The club has filed for planning clearance and is awaiting the local council’s decision. The work will be carried out in stages and will begin as soon as the club receives approval.

The Liberty Stadium has held a few international matches for the Wales national team in recent years, serving as a less expensive option to the Millennium Stadium. 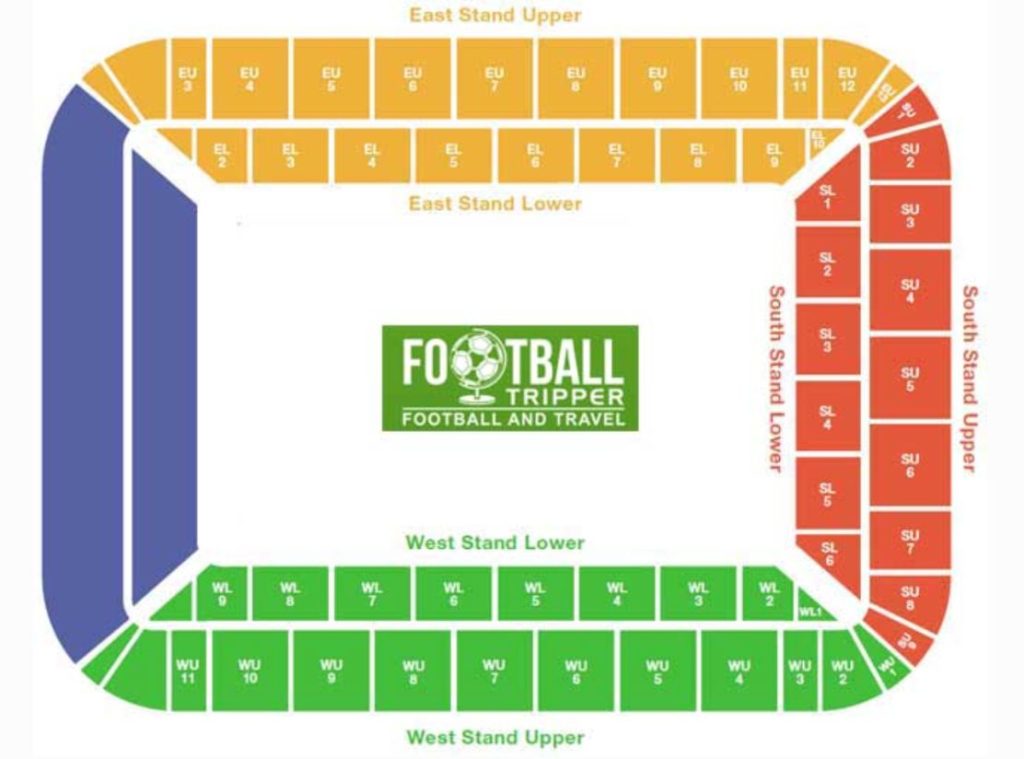 Getting tickets for Swansea City

Most Swansea City games are sold out or nearly sold out, but tickets for most games are readily accessible if purchased in advance.

The Liberty Stadium is southwest Wales’ finest conference and event site. The stadium is about 2 miles from Swansea Train Station and easily accessible from the M4 motorway.

Liberty has a variety of event suites that can handle meetings and banquets for groups of 8 to 600 people. The stadium has around 700 free parking spaces as well as free Wi-Fi.

Went here for a match with my partner, the facilities were spotless and the whole place really clean. There was a reasonable selection of snacks and drinks and average football stadium prices. Staff were friendly and helpful.

We had an excellent view in our seats and the concert was fabulous . I really liked the stadium and thought it was very well organised . It didn’t feel too packed and queuing for drinks and food wasn’t too bad.

What is the capacity at Liberty Stadium?

When did Liberty Stadium open?

Which is the away end at The Liberty Stadium?

Away fans are housed in the North Stand, behind the goal, at Liberty Stadium.

What is The Liberty Stadium away end capacity?

The capacity in the away end at The Liberty Stadium is around 3,500.

What is the Swansea stadium name?

The Swansea City Stadium is called The Liberty Stadium.

Thank you for reading our Liberty Stadium guide, we hope we found what you were looking for.