Glanford Park opened in 1988 at a construction cost of £2.5 million, housing 9,088 supporters. It is the home ground of Scunthorpe United.

The Study United FC Stand, more commonly known as the Doncaster Road End, is the only terraced stand and houses the majority of the home supporters. On the West side of the ground is the Scunthorpe Telegraph Stand, which is marketed as a family stand and houses seating for home fans, along with executive boxes, players’ tunnel and team dugouts.

The family section is located in the south-west corner, close to both toilets and a refreshment area. Opposite is the all-seater Grove Wharf Stand. The AMS Stand houses away supporters.

Its seats originally came from Aston Villa, who play in the same colours as Scunthorpe, but were replaced for the 2007-08 season. Scunthorpe have submitted a proposal for the building of a new three-tiered stand at the South end of the ground, which will increase the capacity of Glanford Park to 11,000 and will include conference and leisure facilities. This scheme is currently on hold as the club are evaluating the possibility of moving to a new stadium.

How to Get to Glanford Park

On the outskirts of Scunthorpe, it is easy to find from the motorway. Drivers arriving from all routes should exit the M180 at junction 3 and join the M181 towards Scunthorpe. At the end of the motorway, the Glanford Park Stadium is visible on the right. At the roundabout, turn right onto the A18 and the club car park is on the right.

Scunthorpe station is over 2 miles and a good 30-minute walk from the ground. Many fans have recommended a taxi as the easiest way of getting to the stadium. Alternatively, turn left on exiting the station and head towards the crossroads. Turn right into Oswald Road, passing one set of traffic lights. Turn left at the next set of lights into Doncaster Road. 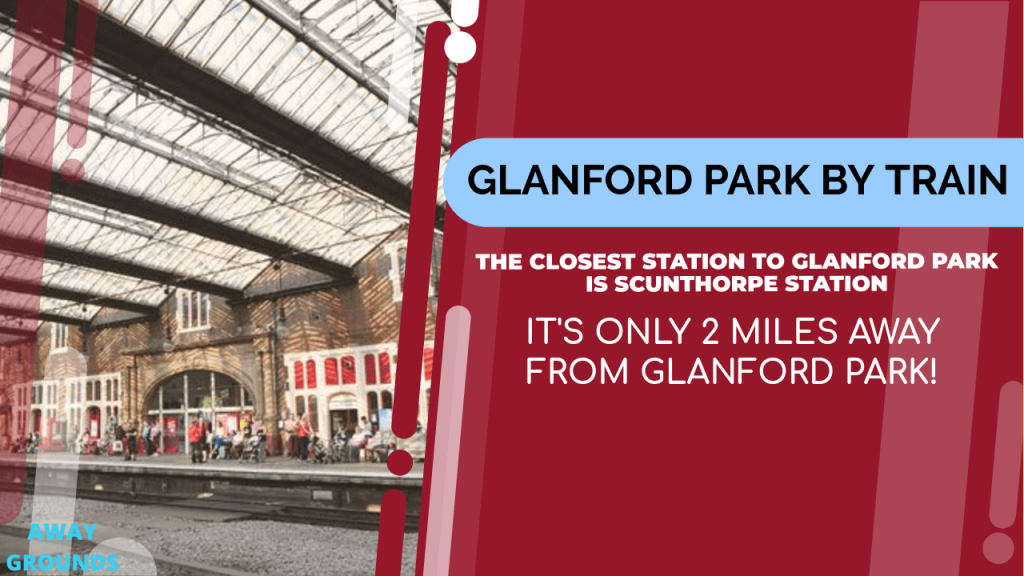 Yellow Line buses no. 7 and 8 run to the ground from outside the Atlantis chip shop. For those feeling particularly energetic, the ground can be reached on foot by continuing along Doncaster Road. Click here to check the current train timetables

The nearest airport is Humberside, at a distance of 14 miles. The nearest station to the airport, Barnetby, is 3 miles away and offers regular services to Scunthorpe. Click here to check the current flight times

There are several taxi companies in Scunthorpe that can take you to and from Glanford Park. You can always prebook a private hire taxi, or hail a black cab on any highway.

Calling all Scunthorpe Taxi Companies – Why not advertise your company here?. 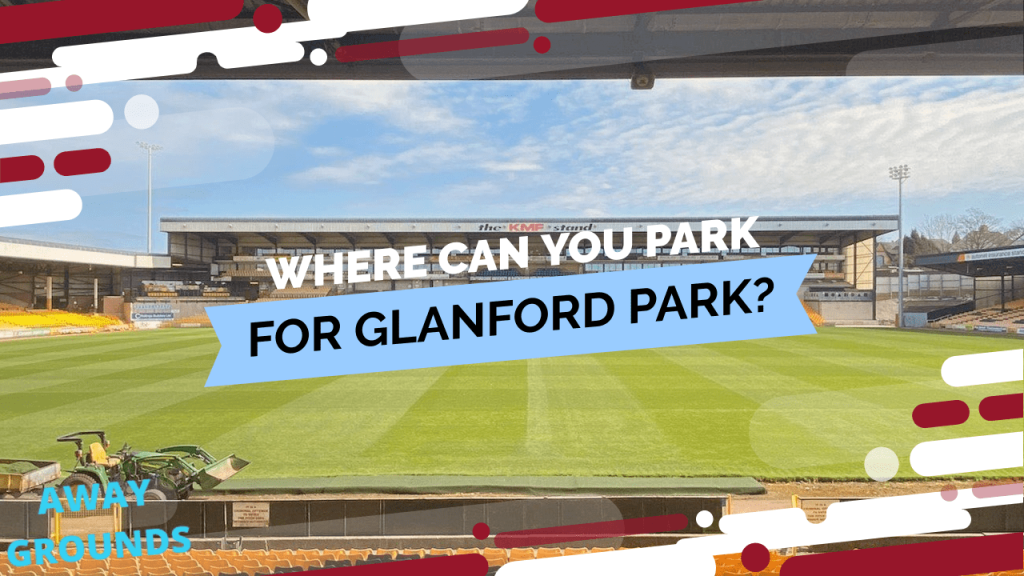 Away Friendly Pubs Near Glanford Park

Near the ground, the Berkeley appears to be a firm favourite with visiting fans. It offers a pleasant mix of home and away fans, serving good beer in a comfortable atmosphere. Go past the ground, following the main road towards Scunthorpe and the pub is on the left at the first roundabout. 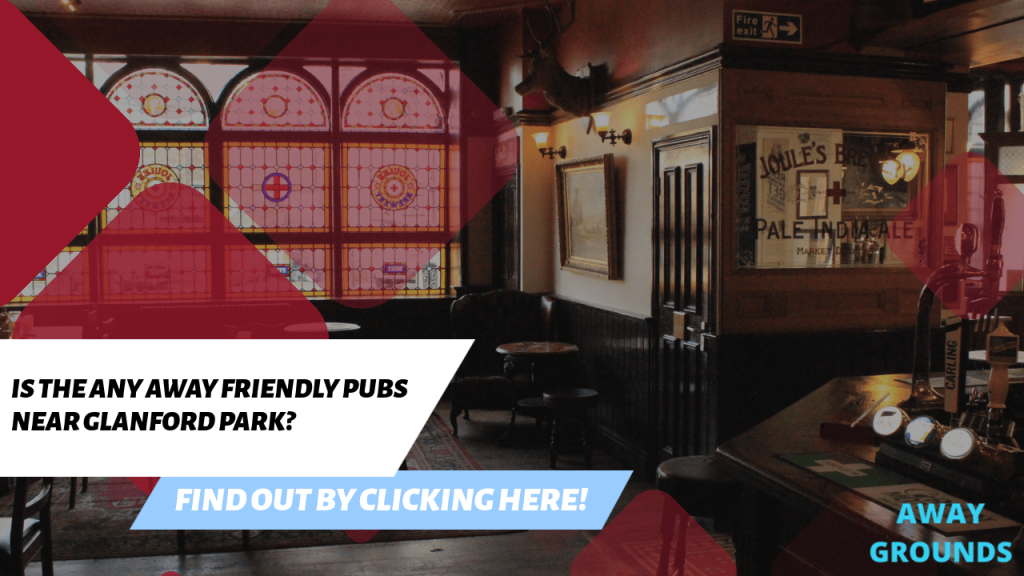 For rail travellers, the Honest Lawyer (listed in the CAMRA Guide) and the Blue Bell, both on Oswald Road, have received favourable reports.

The Travelodge Scunthorpe, Doncaster Road, Scunthorpe N15 8TE provides budget accommodation within easy reach of the Glanford Park ground. All rooms have an en-suite bathroom and offer excellent value for money, being charged per room, not per person.

The Ashbourne Hotel, Vicarage Lane, North Killingholme DN40 3JL is some 16 miles from the centre of Scunthorpe and perhaps best suited to travellers wishing to make a visit to Glanford Park part of a longer holiday. Located in the tranquil setting of a pretty North Lincolnshire Village, it offers all the facilities associated with a 3 star hotel. The Hotel’s close proximity to the A180 offers easy accessibility to all major routes via the M18. The rooms are attractively decorated and en suite.

Most fans have commented that Glanford Park is a very easy ground to find on the outskirts of Scunthorpe. The majority of visitors found it a friendly place to visit, with good humoured banter from the home supporters and no problems encountered. The view of play from the away section is generally good, though supporting pillars can be a nuisance. 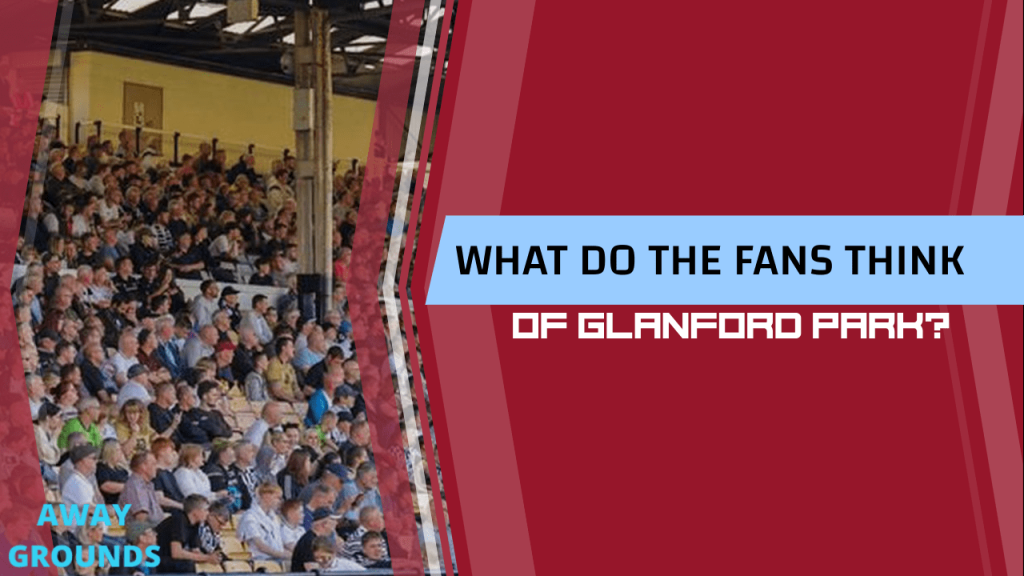 A wide selection of good quality refreshments are available including (allegedly) the world’s best bacon butties. Many visiting fans have complained at the lengthy delays in exiting the club car park. Some report taking over an hour to travel the 400 yards back to the main road.

Which is the away end at Glanford Park?

The AMS South Stand is where away fans are housed at Glanford Park.

What is Glanford Park away end capacity?

1,678 away fans can be seated in the AMS south Stand at Glanford Park.