Fratton Park is an all-seater stadium with a capacity of 20,700. It is the current home ground of Portsmouth FC.

The largest and most modern stand, at the ground’s western end, is the Fratton End. Along either side of the pitch are the North and South stands, both of which are two-tiered.

At the eastern end is the Milton End, by far the smallest stand. Formerly the only roofless stand in the Premier League, a roof was added for the 2007/08 season. Away supporters share the Milton End with home fans. The original entrance to the Fratton End is notable for its mock Tudor facade.

How to get to Fratton Park

Drivers arriving from the North are advised to follow the M27 / M275 route to its conclusion, taking the 2nd exit at the roundabout and turning right at the T-junction (about 500 yards) onto the A2047. Goldsmith Avenue is the left turn after crossing the railway bridge and Frogmore Road is on the left after a further ½ mile. The map below can provide directions from all UK locations and may well prove useful for directions to parking and away friendly pubs.

The stadium is served by Fratton railway station, within a 10-minute walk, which is on the Portsmouth Direct Line. On arrival at Fratton, turn left onto the footbridge and exit left onto Goldsmith Avenue. 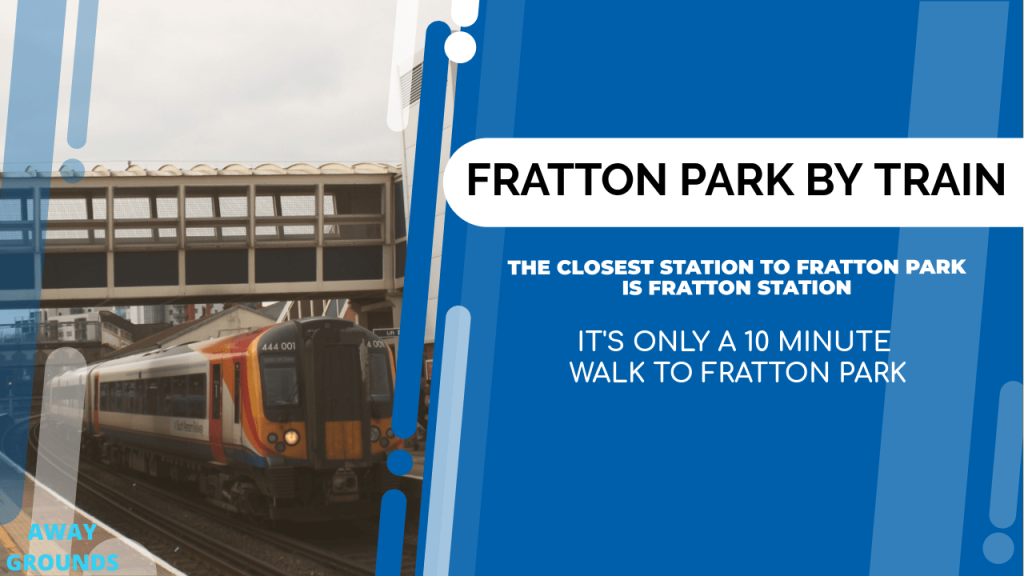 After about ½ mile, turn left into Frogmore Road and continue for about 200 yards before turning left into Apsley Road, where the entrances to the Milton End are located. Click here to check the current train timetables

The nearest airport to Fratton Park is Southampton. Southampton Airport’s Parkway station has regular connections to Southampton Central, which in turn connects with Portsmouth. Journey time is about an hour. Click here to check the current flight times

There are several taxi companies in Portsmouth that can take you to and from the stadium. You can always prebook a private hire taxi, or hail a black cab on any highway.

Calling all Portsmouth Taxi Companies – Why not advertise your company here?. 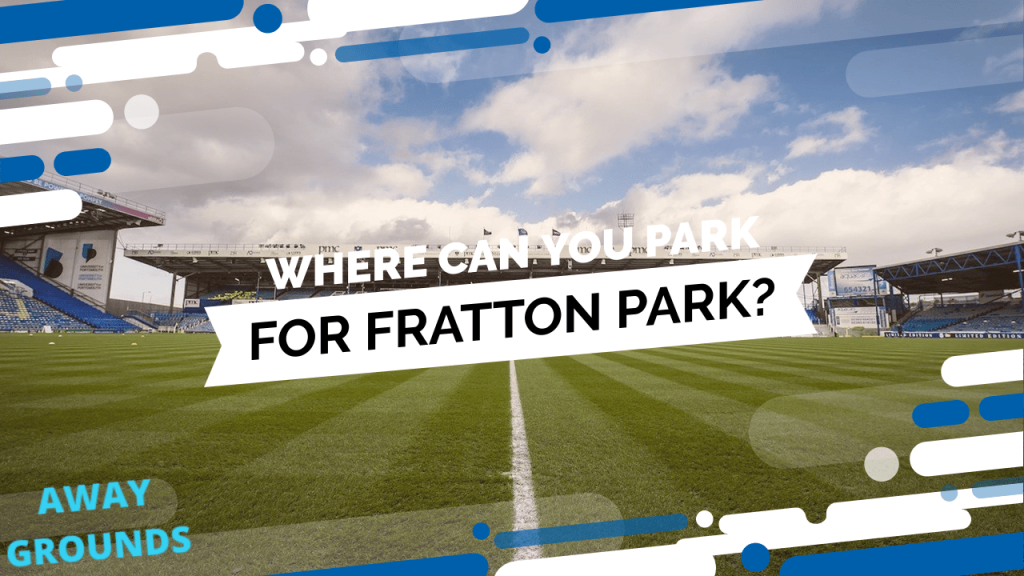 Several visitors have suggested parking further away from Fratton Park in areas such as Cosham and Hilsea and taking a short train journey to Fratton station. This is also reported as a good way of making a sharp exit.

Away Friendly Pubs near Fratton Park

Away fans should avoid the Milton Arms in Milton Road and the Newcome Arms in Newcome Road. The Connaught Arms, located at the junction of Guildford and Penhale Roads is recommended by visiting fans, serving a variety of draught beers and food. Apparently a decent walk from the ground but definitely worth the effort. 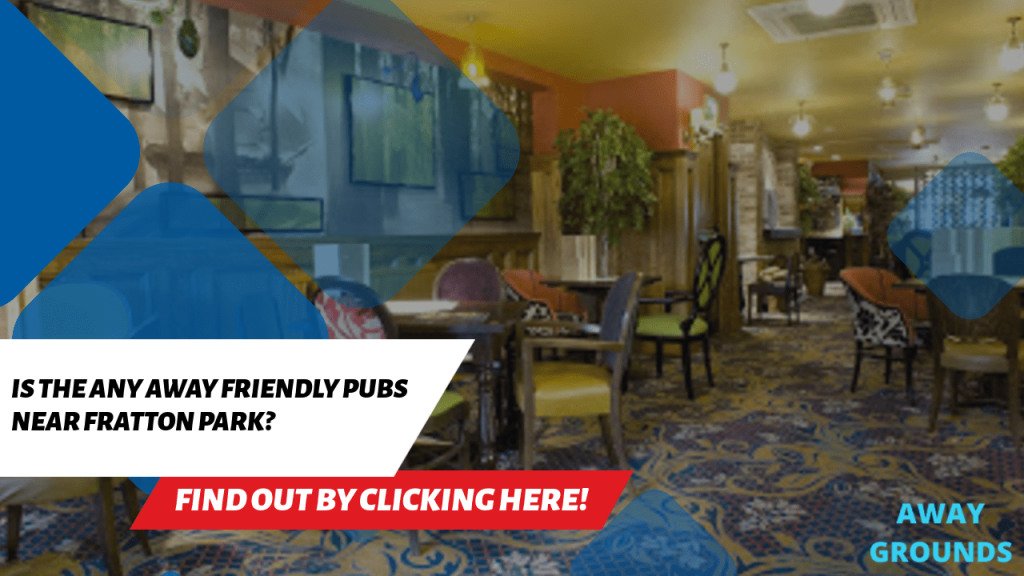 Closer to Fratton Park, on the A2030, some 5 minutes from the stadium, The Good Companion is also recommended, serving real ales and having a decent blend of home and away support. The Brewers Arms in Milton Road has also received good reviews from visiting fans.

The Holiday Inn, Pembroke Road (pictured right), Portsmouth PO1 2TA is a cheaper alternative at a similar distance from Fratton Park, which has also attracted excellent guest reviews. Located near the sea front, within easy access of the M27, it offers a prime location for those wishing to explore Portsmouth’s attractions.

What have other Away Fans said about their trip to Fratton Park?

Many visiting fans have remarked that the classic, older style ground at Fratton Park evokes pleasant memories of grounds visited in their youth. Away fans have universally praised the addition of the roof to the Milton End, though supporting pillars interfere with the view of the play, facilities fall short and legroom is tight. Most visitors have noted that the ground really cannot compete with other Premiership Venues. 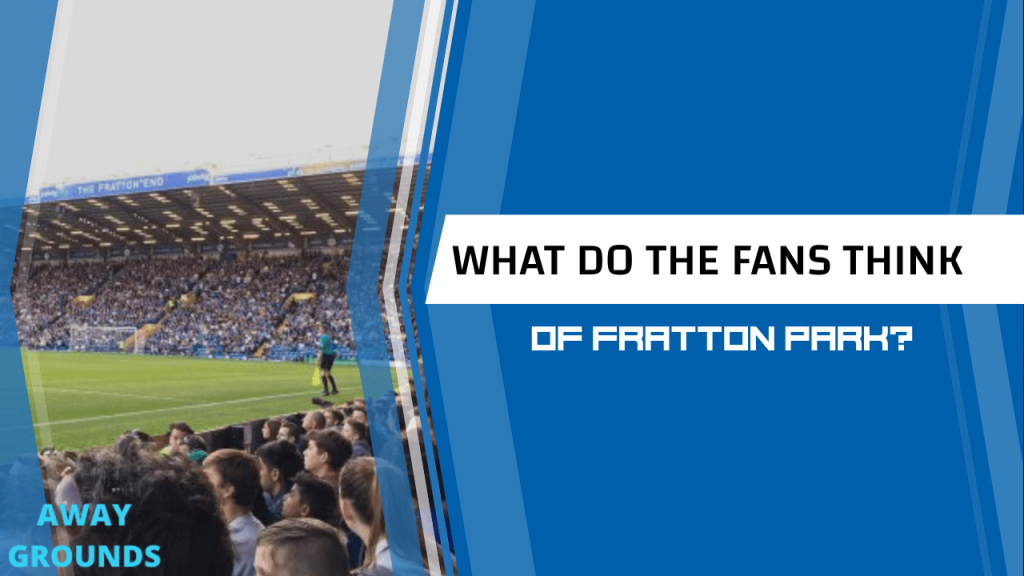 However, on the plus side, many remarked upon the welcoming nature of the home support and lack of intimidation, despite fans separated by only a short distance. Overall, most visitors were impressed by the vibrant atmosphere within the ground, leading them to overlook some of its drawbacks.

Which is the away end at Fratton Park?

Away fans are housed in the Milton End at Fratton Park.

What is Fratton Park away end capacity?

The average capacity in the away end at Fratton Park is roughly 1,400, but if there is sufficient demand, the entire stand can be allocated, bringing the total allocation to around 2,800.