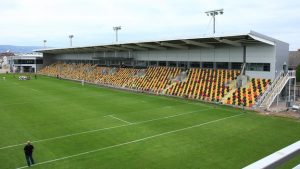 Rodney Parade is actually a rugby ground for Newport RFC and the Newport Gwent Dragons.

Newport County moved to Rodney Parade for the 2012/13 season after being at Newport Stadium for 18 years. Their contract will see them there for the next three seasons. The club is 101 years old, first founded in 1912. It plays in an amber and black kit, the same as the local rugby club’s colours and similar to the gold and black of Wolverhampton Wanderers. That was fitting as steelworkers at the Lysaght’s works made up most of the club’s supporters. Many of them had moved from the Wolverhampton area for work.

Newport’s nickname is the Ironsides, also appropriate given the importance of steelworkers in the area. Newport County prides itself on having a family-friendly and safe stadium. The ground has two covered stands: the two-tier Hazell Stand (west) and the Bisley Stand (east) which are on the touchlines. There is no running track separating fans from the pitch. The upper tier of the west stand has 1,996 seats, including 40 seats for the Press. The lower tier is an all-standing terrace. The east stand is all-seater and has a capacity of 2,526 capacity with 144 seats in 13 hospitality boxes.

The North Terrace is uncovered standing and adjoins the uncovered standing terrace on the west touchline alongside the west stand. The south end of the stadium houses players’ changing rooms, a media centre and a small uncovered seating area used for away football fans (the Sytner Stand). Rodney Parade has a capacity of 11,676, but that is reduced to 5,511 when football matches are played there. It limits away supporters to 589. The Bisley Stand also houses Newport County’s private hospitality boxes.

How to Get to Rodney Parade

Exit junction 26 of the M4. Take the 3rd exit off the roundabout onto Malpas Road.

At the second roundabout take 1st exit across River Usk bridge. At the next traffic lights bear right onto Chepstow Road, and then take the 1st turning right onto Cedar Road. Take 1st right onto Corporation Road and finally take the 1st left onto Grafton Road. Rodney Parade is on your left-hand side

Newport railway station is about a quarter of a mile from Rodney Parade, an easy walk. The station is served by trains from Bristol Temple Meads, London Paddington and Birmingham New Street. Come out of the main station entrance and turn left along Queensway Road. Follow this road until reaching a large roundabout. 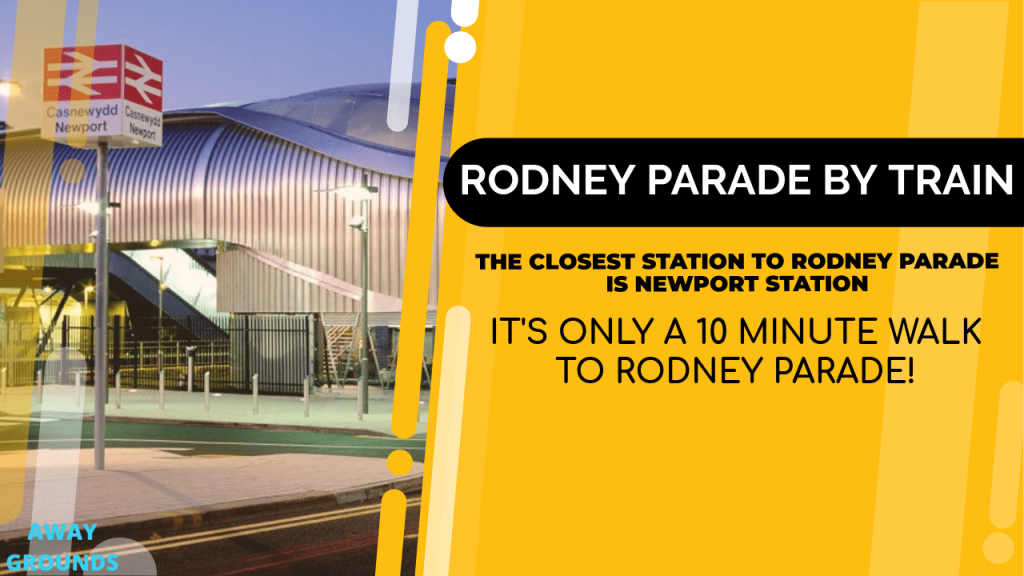 Take the pedestrian underpass underneath the roundabout and at the centre turn left towards Clarence Place/River Usk. Back on street level you will see a bridge in front of you going across the river. Cross the bridge and take the first right-hand turn into Rodney Parade. The stadium is on the left.

There are several taxi companies in Newport that can take you to and from Rodney Parade. You can always prebook a private hire taxi, or hail a black cab on any highway.

Calling all Newport Taxi Companies – Why not advertise your company here?.

Rodney Parade has no parking at the ground for supporters. In the streets around the stadium there is ‘residents only’ parking system in operation. 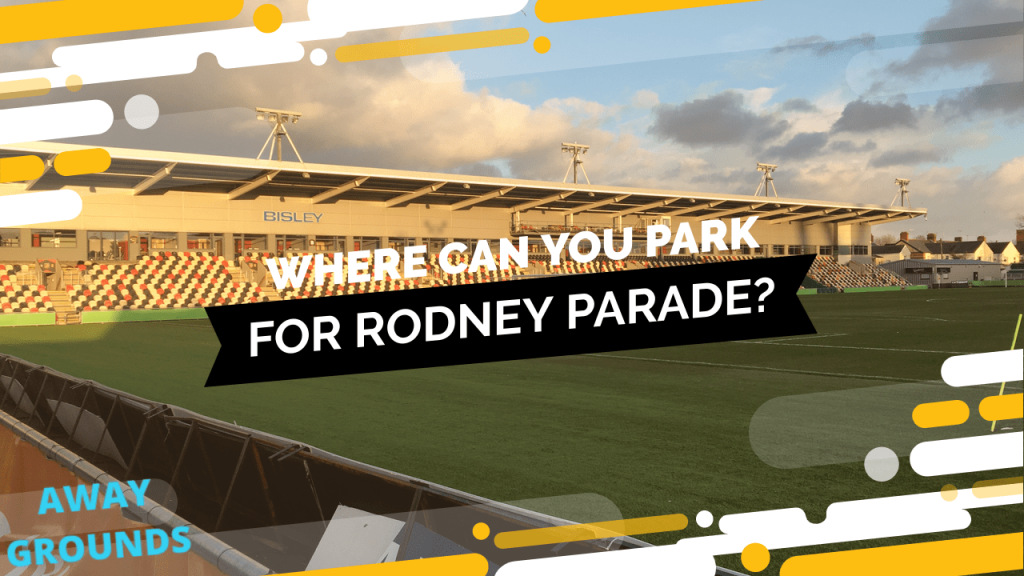 This means supporters either have to find parking in streets further away or use one of the city centre car parks like Kingsway Shopping Centre, which costs £2 for five hours.

Away Friendly Pubs Near Rodney Parade

Rodney Parade is near the city centre which has a wide choice of pubs and eateries. The clubhouse at the ground welcomes away supporters. The pub closest to the ground is The Dodger on Chepstow Road. Also on Chepstow Road is a Wetherspoon’s, the Godfrey Morgan, which can be found in CAMRA’s Good Beer Guide. 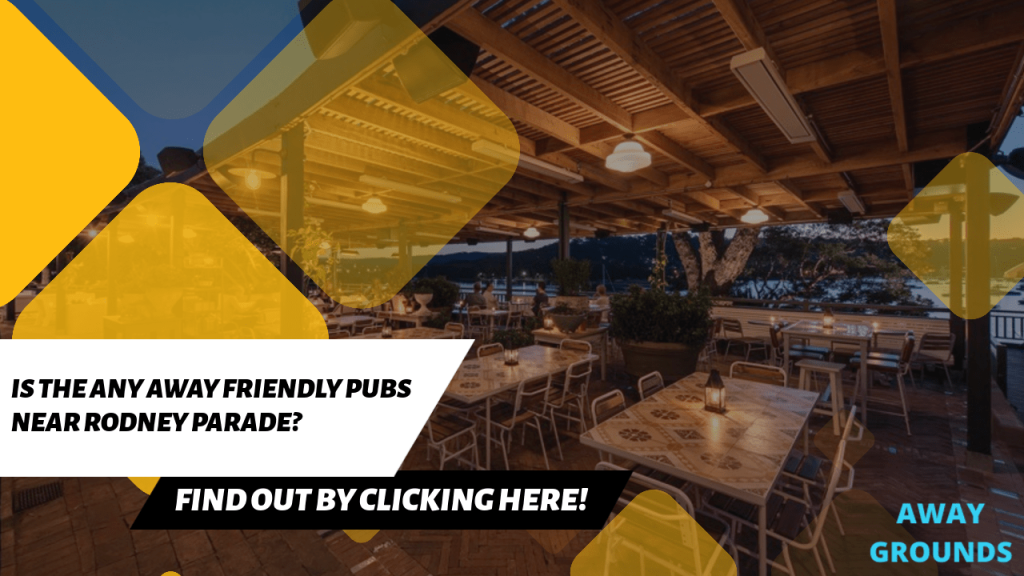 The centre of Newport is only about 15 minutes walk and there are plenty of pubs, which include three further Wetherspoons. Quite close to the railway station are the Queens’ Hotel in Bridge Street and the John Wallace Linton in Cambrian Road.

Which is the away end at Rodney Parade?

Away fans visiting Rodney Parade can be found on one side of the Bisley Stand.

What is Rodney Parade away end capacity?

Just under 600 away fans can be seated in the Bisley Stand at Rodney Parade.