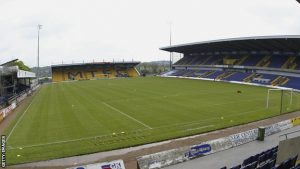 Mansfield Town will be competing in League Two during the 2013/14 season, which should see more away fans coming to their Field Mill stadium.

The ground’s official name currently is the One Call Stadium, with sponsors acquiring naming rights to the ground in 2012. The stadium itself underwent extensive redevelopment in the 1990s and the first decade of the 20th century and is now a modern and reasonably well-appointed stadium. Three stands are modern structures. These are the North Stand, where away fans congregate, the Quarry Lane End, at the south side of the stadium and the Ian Greaves Stand. The Bishop Street Stand, in front of which the coaches’ dugouts are located, is rather less new and suffers in comparison with the fresher aspects of the ground.

In fact, it is closed due to being condemned for safety reasons and is known for having a huge hole in its roof. Its general appearance has often been compared to a building site and it does little to enhance the stadium’s aesthetic appeal. The two stands at either end of the ground are single-tier structures, with seats and capacity for just under 2000 fans. The Ian Greaves Stand, which is Field Mill’s main stand, has two tiers and features executive seating. This part of the ground has a capacity of just under 5000 fans. The actual capacity of the stadium is officially 8,186.

How to get to Field Mill

Field Mill is relatively easy to find, whether fans are travelling by car or via public transport. For fans travelling from north of Nottinghamshire, the M1 is the best road to use. Exit the motorway at Junction 29, before joining the A617, which should be followed for around six miles. Then take a right turn into Rosemary Street. Carry on along here until you find Quarry Lane, where another right turn will take you to Field Mill.

Visiting fans who are travelling from the south exit the M1 at Junction 28, before taking the A38 to reach Mansfield. After six miles or so along this route, they should turn right at the crossroads into Belvedere Street. After a quarter of a mile, they should turn into Quarry Lane, where they will find Field Mill.

Fans arriving from places to the east of Mansfield should use the A617 to get to Rainworth. Here, they should turn left at the crossroads, before travelling on for three miles and making another right turn into Nottingham Road. A left turn will then take them to Quarry Lane and the stadium. For supporters travelling from the west, exit the M1 at Junction 28, then use the A38 to reach Mansfield. After six miles or so, turn right into Belvedere Street at the crossroads. A short journey of another quarter mile or so will take fans to Quarry Lane and the stadium. For satnav users, the ground’s post code is NG18 5DA

It is also possible to use the train and bus to reach Field Mill. Rail travellers should exit Mansfield station at the front and cross the road. They should then see a shopping centre and the floodlights of the ground. A five-minute walk is all that is needed to reach the stadium. 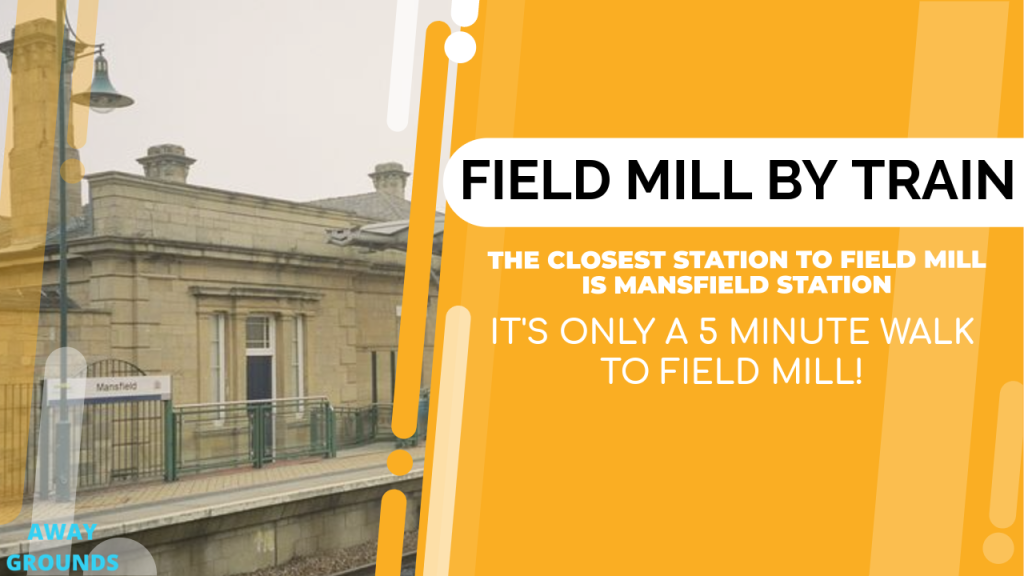 The Rosemary Street bus terminal is at a similar distance from the ground. Most buses around Mansfield, or travelling to and from the town, will pass through this bus station. Fans using the bus should exit the terminal and walk to their left, where the stadium will become clearly visible.

There are several taxi companies in Mansfield that can take you to and from Field Mill. You can always prebook a private hire taxi, or hail a black cab on any highway.

There is a very small car park at the ground itself which costs £5 to use. 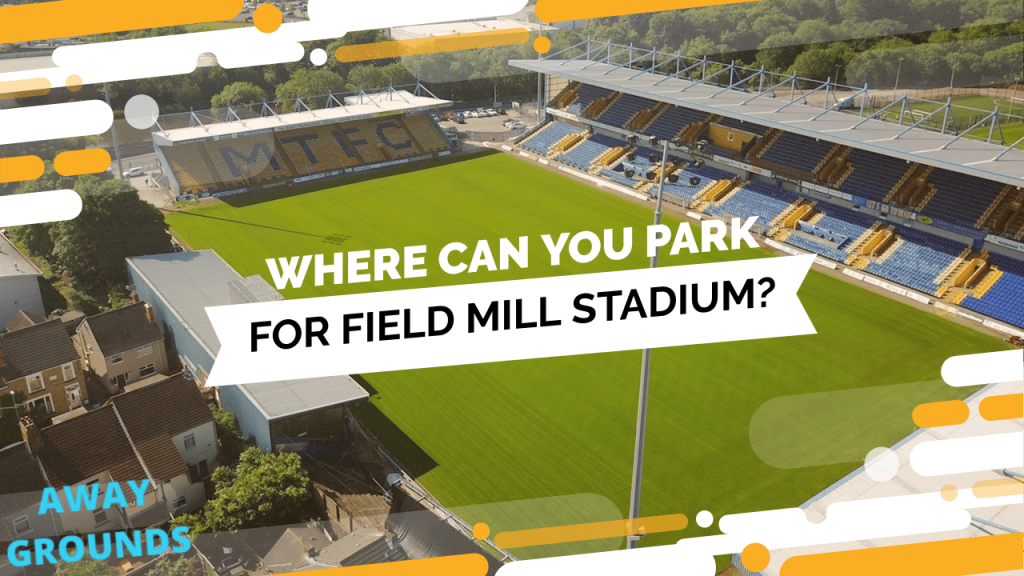 There is little point in trying to use it, though, as it is so small. A nearby private car park also charges £5. Do not try and park at local retail outlets, as fans have been fined in the past for doing so.

Away Friendly Pubs near Field Mill

Away fans should avoid drinking in the Victoria Hotel and Red Lion. The Talbot, located on Nottingham Road near to Sainsbury’s, is a welcoming place for away fans and is a ten-minute walk or so from the stadium. Across the road from the Talbot is a wine bar called Il Rosso. 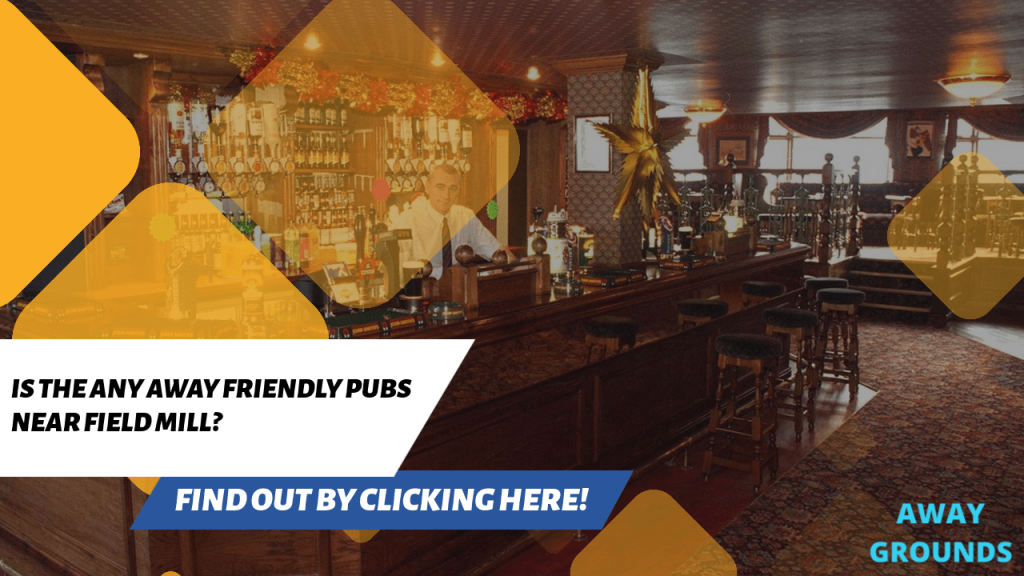 This is somewhat upmarket but is also popular with away supporters. Visiting fans should also avoid town centre pubs.

Which is the away end at Field Mill?

The North Stand is where away fans are housed at Field Mill.

What is Field Mill away end capacity?

Around 1,800 supporters can be located in the away stand at Field Mill.